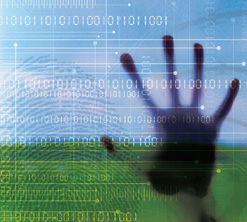 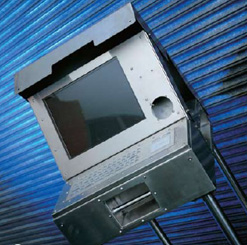 The ‘Digital Doorway in a suitcase’ was
developed for humanitarian organisation
Unicef. It will act as a content server and
communication hub in disaster areas.
(Images: CSIR)

A rabies treatment produced in tobacco leaves, bioceramic material for bone replacement, biodiesel made from algae and a robust portable ICT hub for post-disaster situations: these were just some the innovations produced by South Africa’s Council for Scientific and Industrial Research (CSIR) in the past year.

According to the CSIR’s annual report, released on Monday, the organisation has successfully managed to exceed all its targets in areas such as patents granted, royalty income, number of PhD degrees and publications.

In the report, CSIR CEO Sibusiso Sibisi describes it as “a record of excellent achievement”.

“Achieving such positive outcomes across all domains is a reflection of the healthy balance that exists between good science and good business at the CSIR.”

Established by the government in 1945, the CSIR is one of the largest science and technology research and development bodies in Africa. While its shareholder is South Africa’s Parliament and it still receives government funding, since 2005 the organisation has been restructured along business lines.

Today much of the CSIR’s income is derived from research contracts, royalties, licences, and dividends from companies it has set up to produce and market its innovations.

Sibisi says highlights of the past year include the CSIR being granted 35 new international patents, more than doubling its target of 15. The number of science and technology staff with PhDs increased to 273, exceeding the target of 240, and the number of permanent staff studying towards PhDs rose from 90 to 201.

The CSIR’s work covers a range of science and technology areas, from health to the built environment, natural environment, energy, defence and security and industry. Some of the highlights of the year include:

• Tobacco leaves that produce a powerful post-exposure treatment for rabies.

• Working with traditional healers, the capture of 250 claims for cures based on medicinal plants. At least 72 were show to be effective against conditions such as asthma, arthritis and malaria.

• A bioceramic material for bone replacement that will do away with the need to harvest the bone from elsewhere in the patient’s body.

• Investigating the production of biodiesel from indigenous South African algae.

• An ultra-thin (5cm) continuously reinforced concrete for roads. With a lifespan of 30 to 40 years, these roads would be particularly suited to rural areas.

• An innovative, modular design for low-cost housing, which could be easily extended by its occupants. A number of components in the house are to be patented.

• A mobile, robust and portable information and communication technology hub produced for Unicef for use in coordinating relief efforts after disasters.

• A barrier technology for packaging that extends the life of foodstuffs up to 125 times.