The CSIR, the Agricultural Research Council and Nestlé, together have launched a new range of noodles made from the nutritious indigenous vegetable morogo. It is an innovative commercial product that is expected to benefit local farming, particularly small-scale farmers. 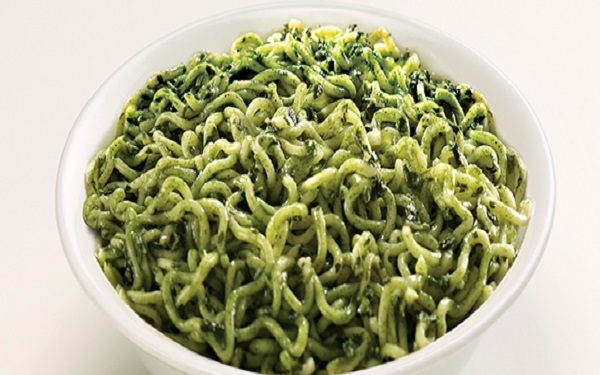 A morogo two-minute noodles product line is launched by Nestlé brand Maggi in October 2015, utilising the “proven health benefits of the leafy vegetable and, at the same time, helping (to) develop small-scale farming in South Africa”. (Image: Nestlé)

A new locally grown and manufactured consumer product, Maggi 2-Minute Morogo Noodles, is the result of a three-year collaborative research project between South Africa’s Department of Science and Technology (DST), Council for Scientific and Industrial Research (CSIR) and Agricultural Research Council (ARC), and multinational food group Nestlé to develop the commercial potential of the popular vegetable staple and its farmers.

This latest development falls in line with the vision of the National Development Plan, which has a particular focus on key areas such as rural development, skills development and job creation.

An added benefit is the export possibilities for the product to the rest of the world. This would give South African small-scale agriculture a competitive jumpstart in those markets.

The partners researched South Africa’s biodiversity to confirm morogo’s nutritional and pharmaceutical benefits, as well as its functional food applications.

The Nestlé @CSIR and @ARCSouthAfrica teams who made the creation & production of the Morogo Noodles possible #CSIR70 pic.twitter.com/LFBX45naW1

Science and Technology Minister Naledi Pandor made the breakthrough announcement on 8 October at the fifth CSIR Conference. The department “is proud of this key milestone where we successfully translated academic research into an innovative commercial product, which will be enjoyed by South African consumers,” she said.

Dr Rachel Chikwamba, the CSIR’s group executive for strategic alliances and communication, added: “We provided our expertise in the processing of indigenous products to jointly develop this innovative product with Nestlé that will benefit the people of our country.”

This is the first time that morogo, also known as amaranthus, has been used in large-scale processed food production. Nestlé’s long-term stated goal is to help local small-scale farmers boost their income by producing morogo on a commercial scale.

Various other leafy greens, including cleome and cow pea, were considered and assessed by Nestlé and the CSIR and ARC research teams for nutrient bioavailability during digestion. After extensive study and consumer research, morogo was ultimately chosen for its versatility and abundance.

The Morogo Noodles are available at Shoprite for now. To know more about it: http://t.co/cCEpCl9Wyu. pic.twitter.com/tfKynU3HO0

Nestlé, the company said, was using morogo for a new line of Maggi two-minute noodles “because of its proven health benefits, particularly the presence of beta carotene, minerals and protein”.

Morogo, with its distinctive leaves and taste, is extremely adaptable. It grows easily in various weather and soil conditions.

“In South Africa, indigenous knowledge has massive potential for research, development and innovation,” said Pandor. “We successfully translated academic research into an innovative commercial product which will be enjoyed by South African consumers.”

Nestlé’s collaboration with the South African government demonstrated the company’s commitment to communities in which it did business, said Ravi Pillay, its South African director of corporate affairs. It was a way of “leveraging global expertise for local preference”.

It was also an opportunity for South Africa’s small-scale farmers, said Chikwamba.

“We also evaluated the commercial viability of producing African leafy vegetables in a sustainable manner for commercial and smallholder farmers,” said Shadrack Moephuli, the chief executive of the ARC. 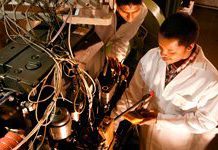