The science fiction dream of living on another planet could become reality for South African researcher Adriana Marais. She is one of the 100 candidates who are one step closer to living on Mars, an initiative of the Mars One Project, should they make it to the next round in the selection process. 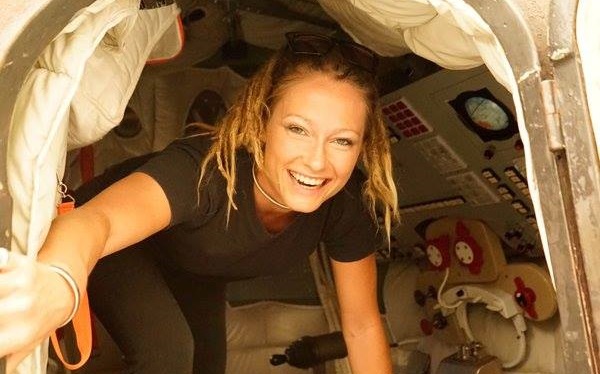 Adriana Marais is a South African interested in living on Mars as part of the Mars One Project. She is pictured at the Cape Town Science Centre. (Image: Facebook, photo by Kate Shaw)

“When I read in the paper for the first time about the possibility of applying to go to Mars on a one-way mission,” wrote South African researcher Adriana Marais on her website, “I went cold and was engulfed by a wave of nausea.”

She sent in her application, anyway.

Now, Marais is one of four South Africans shortlisted to the third level of 100 people in the selection process for the privately funded Dutch Mars One Project. It aims to settle a human colony on the red planet. The next step involves whittling down the 100 candidates to a mere 24. They will undergo a few months of training. The next step in the selection process is set to take place in September 2016.

“To prepare for this settlement the first unmanned mission is scheduled to depart in 2020,” reads the Mars One website. “Crews will depart for their one-way journey to Mars starting in 2026; subsequent crews will depart every 26 months after the initial crew has left for Mars. Mars One is a global initiative aiming to make this everyone’s mission to Mars, including yours.”

Marais said she had been asked many times when she first considered leaving Earth, and she had recalled a memory from childhood, when she was six or seven years old. Marais and two friends were riding their plastic scooters up and down a driveway.

“When we stopped I asked my two friends: ‘If you could go into space on a spaceship to see what was there, further than we’ve been before, but you knew that you wouldn’t come back, would you go? Just to see what was there…’ They wrinkled their noses and scooted off, while I said determinedly, ‘I would.'”

She said Mars was an obvious destination for mankind’s Great Trek because human beings were explorers by nature, and now, for the first time, there was a chance to colonise a planet. “I feel like this is something I am meant to do rather than want to do,” she wrote on her site. “I feel like my whole life has been leading up to taking part in this awe-inspiring mission to call another planet home.”

Besides the thrill of the unbound adventure, Marais has expressed a few worries about the mission.

“Assuming that the living units established on Mars in advance of human arrival are shown to be habitable i.e. that sufficient oxygen, water and heat are constantly available, and assuming that the first group of astronauts lands safely on Mars, there remain serious concerns for the first Martians,” she wrote.

“These include the effects on the body of radiation exposure during the journey and on Mars itself, of reduced gravitational and magnetic fields, and whether the available medical supplies and nutrition will be sufficient to deal with some of the resulting health implications.”

A lot of research needed to be done to answer those questions, before the first planned departure. “I think amongst other social issues, those of ownership and accountability for actions on Mars also need to be addressed.”

Living, eating and drinking on Mars

According to Mars One, the living unit will be a lander. It will have an inflatable living section and an airlock used by the astronauts when leaving the sealed, habitable settlement. It will also be filled with breathable air by the Life Support Unit and there will be “wet areas”, such as the shower and kitchen.

“The inflatable living unit will be built around existing technologies in use as space inflatables with such equipment as NASA’s space suits and landing airbags on the three Mars rovers prior to Curiosity.” 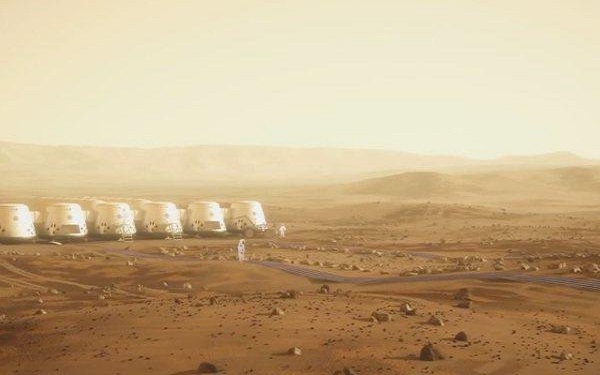 There’ll be living units established on Mars for the colonisers. (Image: Mars One)

A little food will be taken, but the idea is for the colonists to consume fresh food produced on the red planet. “Also, bugs reproduce rapidly and can convert material that is inedible to humans into body mass, so small insect farms could produce a steady stream of food containing valuable fats and amino acids,” reads the Mars One website.

Luckily for Marais, she has come to terms with eating insects.

“I’m sure I would quickly adapt to an insect-based breakfast of champions on Mars,” she said. “While grain and vegetables will be grown (organically of course) on Mars, bugs reproduce quickly for a good supply of fats and amino acids.”

Meet the South Africans who hope to go to Mars