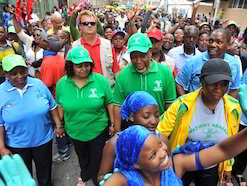 The much-anticipated COP17 climate change conference, considered one of the world’s most important events, got underway in Durban in KwaZulu-Natal province this morning.

The 17th Conference of the Parties (COP17) to the UN Framework Convention on Climate Change (UNFCCC) starts today and ends on 9 December.

The conference has brought together experts from around the world to discuss solutions to the increasing threat of global climate change.

About 20 000 people are expected to gather in Durban to take part in the climate talks, among them heads of state, government representatives, international organisations, entrepreneurs, businessmen, academics, activists and NGOs.

The main goal of the discussions is to advance the implementation of the UNFCCC and the Kyoto Protocol, as well as the Bali Action Plan, agreed on at COP13 in 2007, and the Cancun Agreements, reached at COP16 last year.

“We have come a long way since Copenhagen and Cancun. Durban must take us many steps forward towards a solution that saves tomorrow today,” said President Jacob Zuma, welcoming the delegates to COP17.

Many expect that the Kyoto Protocol is likely to dominate the talks, as 2012 marks the end of the first commitment period for the treaty that was signed in 1997.

The Kyoto Protocol currently places legal obligations on nations, with the exception of the US, China, India and Brazil who are not signatories to the treaty, to reduce greenhouse emissions by 5.2%.

Christiana Figueres, executive secretary of the UNFCCC, is confident that governments have come to Durban understanding the importance of the Kyoto Protocol.

“I therefore strongly believe that there will be an effort to move into a second commitment period,” Figueres said, speaking at a media gathering in Durban ahead of COP17’s opening day.

Minister of Environmental Affairs Edna Molewa said that the need to renew and revise the Kyoto Protocol has become urgent.

Deputy President Kgalema Motlanthe, who completed a three-kilometre walk along Durban’s beachfront over the weekend to raise awareness about rising sea levels, said South Africa was hoping to get a legally binding agreement during the COP17 negotiations.

In a statement, Motlanthe said that solutions to climate change require global input.

“The Kyoto Protocol can come to an end and that’s a good reason why there should be another endorsement. No single nation can tackle climate change, we need a coordinated effort,” he said.

Southafrica.info reports that President Jacob Zuma said it was crucial for COP17 to ensure that the Cancun Agreements, which included the establishment of a Green Climate Fund, became operational.

Molewa said although Africa has contributed least to the build up of greenhouse gases globally, the adverse effects of climate change would be felt most severely on the continent.

According to Molewa, the average African generates about 13 times less greenhouse gases than his counterpart in North America. In 2007, the continent accounted for less than 4% of the world’s total greenhouse gas emissions.

However, without mitigation and adaptation measures these figures could increase.

She said that Africa needs more sustainable development with new, clean technologies to avoid the environmental mistakes of the developed world.

“Considering that 550-million people in Africa do not have access to electricity, there is enormous scope for Africa to become a world leader in renewable energy sources,” she said.

Such developments can reduce the vulnerability of African societies, and even ensure that Africa becomes climate resilient.

Molewa said that a response to climate change requires global cooperation and accountability.

“The South African government recognises its role as the major contributor to greenhouse gas emissions on the continent. We are responsible for 38% of Africa’s total emissions,” she said.

South Africa intends to change this.

The National Climate Change Response White Paper outlines government’s commitment to reduce carbon dioxide emissions by 34% below a business as usual trajectory in 2020, and by 40% in 2025 before stabilising emissions in absolute terms, and ultimately reducing them.

The African Union has partnered with South Africa to ensure that the African Pavilion at COP17 effectively presents the issues of climate change that Africa is grappling with.

“The impacts of climate change know no border, and it has been a driving force for cooperation between African governments,” said Molewa.

The UN’s Figueres told reporters that there is growing momentum amongst rich and developing nations to take action against global warming.

In a BuaNews report, Figueres said it is encouraging to see governments and civil society taking action.

“Durban should mark the next milestone in the climate talks. We expect that many of the issues that leaders agreed on in Mexico will find a way of being implemented here,” she said, “and these include the Green Climate Fund and other matters.” 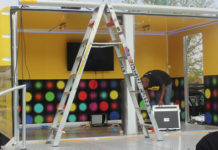 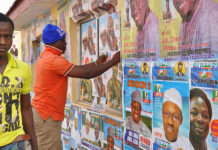