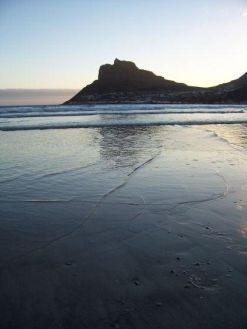 South Africa has a coastline of some 3 650 kilometres and an exclusive economic zone (EEZ) of just over a million square kilometres.
(Image: mediaclubsouthafrica.com) 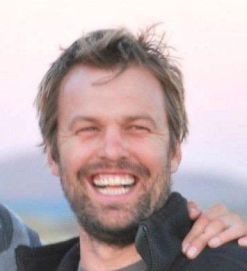 In a global environment characterised by the growing role of science, the Nansen-Tutu Centre for Marine Environmental Research is slowly enhancing knowledge of marine science, a subject that is widely misunderstood by many in South Africa.

“Our biggest impact on South Africa is through education and training of students, advancing the understanding of the regional ocean and climate systems,” explains Dr Bjorn Backeberg, co-director at of the centre. “This is achieved through supervision and mentorship of postgraduate students and providing finance for students to study.”

The centre is a joint venture between, amongst others, the Nansen Environmental and Remote Sensing Centre in Norway and South African partners. It is based in the Department of Oceanography at the University of Cape Town (UCT) and operates as a programme complementing the development of the South African marine research framework. It is funded by Norway and South African sources, and is under the management and financial control of UCT.

Explaining the reasoning behind establishing the Nansen-Tutu Centre, it says: “Africa juts into the Indian, South Atlantic and Southern oceans with cool and warm oceans juxtaposed, giving rise to unique marine and land ecosystems with high biodiversity, rich fisheries and superb natural resources. It is therefore important that we develop the capacity for understanding and predicting the state of the ocean and its ecosystems as the meteorological services do for the weather.”

Already seven students from the centre have graduated from UCT since 2010. “In addition, the centre’s staff supervise and co-supervise at BSc Honours, MSc and PhD level and teach in the university’s undergraduate and postgraduate programmes,” says Backeberg. “With only 12 staff members, including full-time and part-time staff, we punch above our weight in terms of academic productivity.”

It was named after South Africa Archbishop Emeritus Desmond Tutu and Norwegian scientist, explorer and diplomat Fridtjof Nansen. It studies and develops models for the three oceans associated with South Africa – the Indian, the Atlantic and the Southern. The oceanographic regime around South Africa is dominated by two major current systems: the cold Benguela Current along the Atlantic coast to the west, and the warm Agulhas Current along the Indian coast to the east.

The centre is the fifth in the international Nansen research group, each of which has a different focus. The other four centres are located in Bergen, Norway, opened in 1986; St Petersburg, Russia, opened in 1992; Kochi, India, opened in 1998; and Beijing, China, opened in 2003. The Cape Town centre was opened in 2010, and quite recently another centre was established in Bangladesh.

Research in numerical modelling of the regional oceans, ocean atmosphere and regional sea level variability, regional ocean data assimilation using the hybrid co-ordinate ocean models and global change are also being undertaken at the centre. Backeberg points out that it is the only place in South Africa where marine data assimilation is being developed. This concept refers to the technique of combining ocean models with observations, a necessary tool to predict the state of the ocean.

It is also working to introduce operational oceanography in Southern Africa. Operational oceanography is the monitoring and forecasting of the three-dimensional ocean state (temperature, salinity and pressure) and currents for short-range timescales out to one month. “This will include commencing the forecasting of various ocean phenomena such as sea state, ocean currents, sea surface temperatures, and wave information in a form that will be useful to many stakeholders.”

Despite its successes, the centre still faces a number of challenges, such as changing the mindset of people towards marine science in general. Awareness and science communication remains a major challenge, and communicating scientific research to laymen and policy makers needs to be addressed, he insists.

“The absence of a clear and well-defined career path in marine science tends to result in a limited number of students studying marine science and oceanography, especially students from previously disadvantaged backgrounds. This makes transformation in science very challenging.”

Marine science requires students to have taken mathematics, physics, chemistry, biology and geography at high school level. “However, we are increasingly finding that the level of high school mathematics and physics in particular is not appropriate for students to study science at university level,” Backeberg adds.

Yet the centre has managed to provide financial support for disadvantaged students to study marine science. “Students and scientists at the centre are given the opportunity to collaborate with the centre’s international network of partners to gain experience.”

South Africa has a coastline of some 3 650 kilometres and an exclusive economic zone (EEZ) of just over a million square kilometres. Waters in the EEZ extend to a depth of 5 700 metres, with more than 65% deeper than 2 000 metres.

Despite its status as a developing nation, South Africa has a relatively strong history of marine taxonomic research and maintains comprehensive and well-curated museum collections totalling over 291 000 records. Over three million locality records from more than 23 000 species have been lodged in the regional African Ocean Biogeographic Information System (AfrOBIS) data centre, which stores data from a wider African region.

The goal of the Nansen-Tutu Centre is “to improve the capacity to observe, understand and predict marine ecosystem variability on timescales from days to decades in support of scientific and societal needs including fisheries, coastal management, maritime security, recreation and tourism”. To meet this goal, one of its core activities is the education and exchange of young researchers and students from different cultures and countries through the Nansen-Tutu Scholarship Programme.

“There is a worldwide need to understand, model and predict conditions in the ocean as the meteorological services do for the weather,” says the centre. “This is done by satellite and in-water observations with data being collected and used in mathematical models in real time – this is what we call operational oceanography.”

The South African Operational Oceanography Committee has been convened to put this into practice. It has four sub-groups: in situ observations; satellite observations; ocean modelling; and data dissemination.