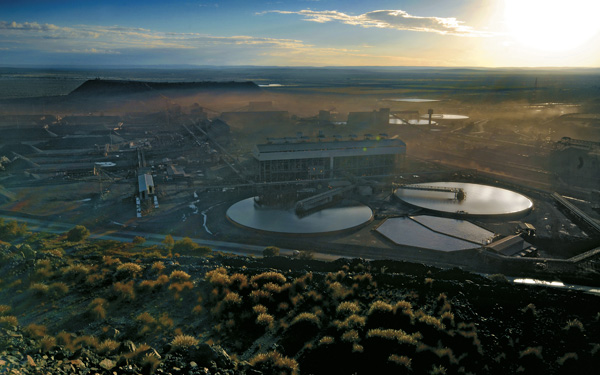 Based at the University of Johannesburg’s Auckland Park Kingsway Campus, the Centre of Excellence for Integrated Mineral and Energy Resource Analysis, or Cimera, draws on the expertise of two world-class economic geology research units: UJ’s Paleoproterozoic Mineralization Research Centre, and the Economic Geology Research Institute at the University of the Witwatersrand.

At the launch of the centre on 25 April its director, Nic Beukes, said Cimera’s main focus would be to train skilled economic geologists through postgraduate research studies on mineral and energy resources, with a particular, although not exclusive, focus on Africa.

According to Beukes, research at Cimera is especially relevant to South Africa, as the country is one of the most valuable pieces of mineral real estate in the world, ranking top in resource concentrations of gold, chromium, manganese, fluorite, aluminosilicates, vanadium, zirconium, and the platinum-group elements, as well as enjoying world-class deposits of iron, diamonds and coal.

“However, it is also highly relevant to Africa as a whole,” he said, “because the continent is moving into a new era where the demand for utilisation of its large resources of bulk commodities like iron, manganese and bauxite are rapidly rising, but sufficient knowledge to ensure long-term economic viability of extraction is lacking.”

Cimera is a Department of Science and Technology initiative, via its National Research Foundation. In addition to UJ and Wits, it has collaborating partners in the universities of Rhodes, Stellenbosch, Fort Hare, Pretoria and Venda.

‘An industry that exploits black workers’

Speaking at the launch, DST deputy minister Michael Masutha said mining has always been one of South Africa’s dominant economic activities, given the country’s mineral riches. “While diamond and gold production may be well down from their peak production years, the country remains a cornucopia of mineral resources,” he said.

“The centre of excellence will not only help expand research and training of high-quality economic geologists, but will also serve to expand collaboration with private mining and energy companies in South Africa.

“I challenge Cimera to lead by example in this regard. This is particularly important because the mining industry has for so long been seen as an industry that exploits black workers. In fact, most of the backbreaking jobs on the mines are still done by black men, and most of the mid- and top-level jobs are held by white men. Encouraging black people and women to enter research careers in this area would be a good start towards a more equitable situation.”

Cimera is the fifth National Research Foundation centre of excellence launched this year, bringing the total number of centres to 14. The other four new centres deal with food security, scientometrics and science, technology and innovation policy, mathematical and statistical sciences, and human development.

“The launch of this centre, as with the previous ones, highlights important features of the centres of excellence programme, which is its responsiveness to the needs of the country, its people and ultimately humanity,” Albert van Jaarsveld, CEO of the National Research Foundation, said at the launch. “As the managing agency of the centres of excellence programme we would like to congratulate the University of Johannesburg and we look forward to seeing the work that will emerge from this important centre.”

In its essential role as an information broker, Cimera will make important information on mineral and energy resources available to policy makers and the community in general.

This would include information about mineral and fossil fuel deposits that policy makers could use to define future strategies, and help them make informed decisions on awarding mineral rights and planning infrastructure development.

It will also publish information on mineral and fossil fuel deposits with the potential to attract foreign investment.

Moreover, it will look into mineral deposits and fossil fuel reserves that are too small for large mining houses to be interested in, but would be ideal for local communities to set up small mining operations. This will help develop South Africa’s small-scale mining sector.