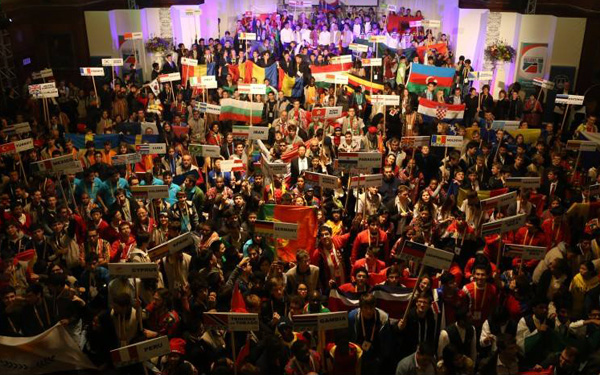 The 565 teens from 109 nations taking part in the 55th International Mathematics Olympaid at the University of Cape Town this month represent 90% of the world’s population. (Image: IMO 2014)

Spectacular drumming from Limited Edition Drumming Corp reverberated across the freezing University of Cape Town campus, high above the city, last night. They announced South Africa in fine style, the host team of the 55th International Mathematical Olympiad (IMO), being held in Africa for the first time.

It is also making another record: the most countries ever are participating – 565 teens from 109 nations are today sitting to write the first paper of three questions in 4.5 hours. It is also the first time Burkina Faso, Gambia, Ghana and Tanzania have sent teams to the event, while Botswana, Madagascar and Myanmar are observers. They will send teams next year to the 56th IMO, taking place in Chiang Mai, Thailand.

The first IMO was held in Romania in 1959 with seven countries participating; since then it has grown in size and stature. The IMO is the oldest, biggest and most prestigious of all the international science Olympiads. It is a problem-solving contest for high school students, held in a different country every July. Participants write two problem papers, each 4.5 hours long and containing just three problems, on successive days. Gold, silver and bronze medals are awarded to the top half of the contestants in the ratio 1:2:3.

The 109 nations at this year’s IMP represent 90% of the world’s population. South Africa, like many countries, has a team of six – five of whom come from Western Cape. Although the breakdown in this Olympiad is not available, there were few girls in the Jamieson Hall for the opening ceremony. In 2013, it was held in Colombia, and 97 countries participated. There were 527 participants, of whom 475 were male and only 52 female. 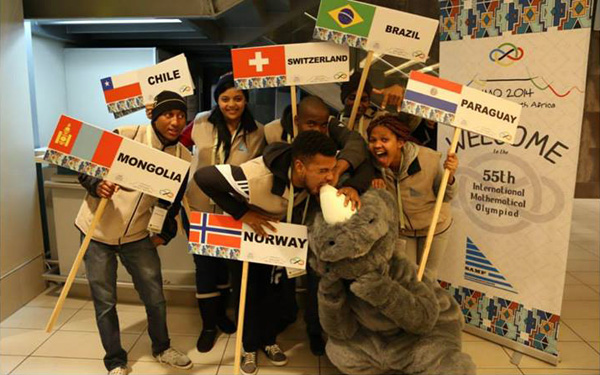 Horsing around with a rhino: IMO contestants with Ukubala, the official mascot of the South African Mathematics Foundation, at Cape Town International Airport. (Image: IMO 2014)

The teams for IMO2014 were welcomed to Cape Town by Dr Max Price, UCT’s vice-chancellor. He began with a history lesson, saying perceptions of Africa did not naturally associate the continent with science, technology and leadership in maths. “I would like to suggest these perceptions are wrong and are ignorant of history. Africa is the cradle of humanity,” he said. The first mathematical calculations were done by the Egyptians in building their pyramids.

Maths reached its full maturity in Africa under Euclid, in Alexandra, more than 2 000 years ago, he pointed out. “In medieval times, Timbuktu, in Mali, was the centre of learning in the world. The first university was founded here in the 12th century – before the universities of Oxford and Cambridge. Its archives show that maths dates back 800 years in Timbuktu.”

Yet Africa’s links to maths went back even further, he stressed, referring to the first accepted occurrence of a calendar bone, found in the Lebombo Mountains on South Africa’s north-eastern border. It has been dated as 35 000 years old. A 100 000-year-old ochre tablet from the Blombos Cave in the southern Cape has been accepted as the first abstract geometric design.

“The first IMO in Africa is an idea whose time has come,” Price said. He encouraged the participants to consider returning to UCT to continue their studies – they are all still in high school – stressing the beauty of the campus, its focus on diversity and its academic rigour.

Debbie Schäfer, Western Cape minister of education, said maths as a school subject was crucial to the development of any country. “It is the basis of science, technology and engineering and is needed for certain degrees and careers.” Improving maths results was a focus of the provincial government, she said, lamenting that more high school students chose the easier option of maths literacy over mathematics. “This has consequences for the country and the economy.” 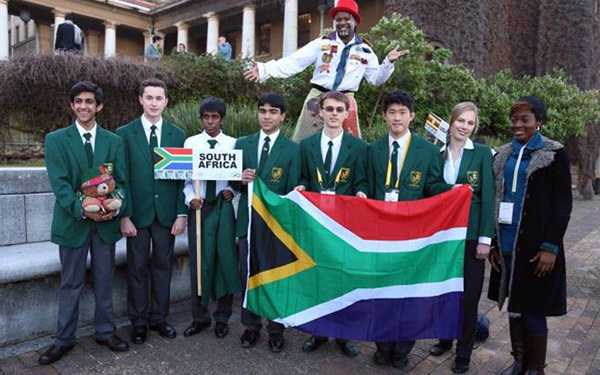 Teachers were needed who inspired students to learn maths, and who made it easier. “You are making maths cool and fun,” she told the participants, urging them to consider becoming teachers.

Following the formalities came the festivities, with a performance by Cape Town’s Zip Zap Circus School, before South African team member Sanjiv Ranchod took the oath on behalf of the participants, and IMO2014 was declared officially open.

Prof John Webb, director of the IMO2014 and a UCT lecturer, says: “Holding a high-profile event such as the IMO in South Africa will bring mathematics into the public eye and highlight the importance of mathematics education in South Africa’s economic and technological development.”

The main sponsors are the Department of Basic Education, Google, SABC Education, South African National Roads Agency Limited and Sasol. It is presented by the South African Mathematics Foundation. 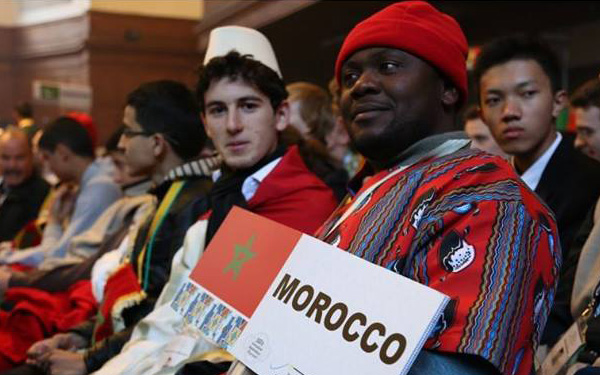 The Department of Basic Education pledged R6-million ($560 000) to the event. “We are extremely excited about the support from our government for this prestigious event. It shows real commitment from government to address the important issue of mathematics in the country” says Prof Johann Engelbrecht, the foundation’s executive director.

“While there is widespread concern about the high failure rate and generally low marks of most of those who passed, not enough attention has been paid to those who passed with high marks. Society needs more quality maths passes. We need architects, accountants, computer scientists, engineers, statisticians and teachers with a strong mathematical background, including numerical, spatial and logical skills. We need to offer pupils opportunities to expand their mathematical horizons and to urge them on to high achievement.”

One answer lies outside the formal school curriculum. “Over the years, tens of thousands of high school students have taken part in events such as the South African Mathematics Olympiad and the best of the best have gone on to represent South Africa at the Pan African and International Mathematics Olympiads. Their subsequent careers – Rhodes scholarships, PhDs in maths and computer science, top careers in IT or industry or finance – demonstrate the value of searching for highly talented young mathematicians and giving them a real chance of showing what they can achieve in competition with the best in the world.”

Just as the Olympic Games and world cups in cricket, rugby and football promote sport, hosting the IMO in South Africa will focus attention on the importance of mathematical excellence, he adds. 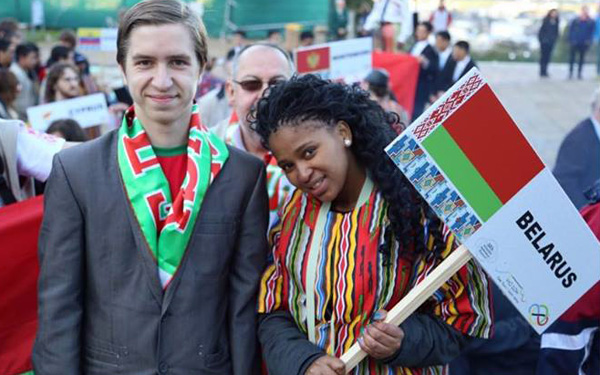