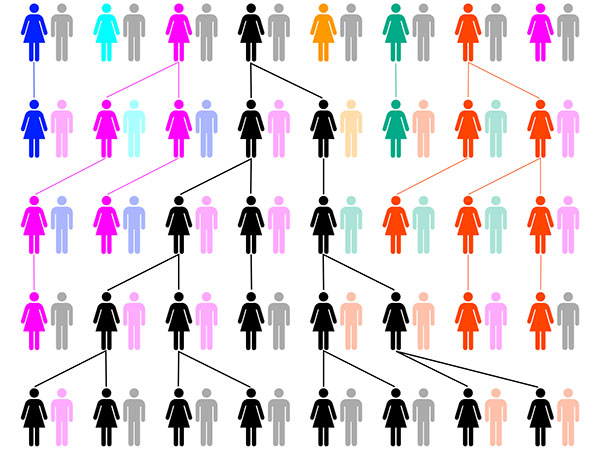 Just 150 kilometres north of Cape Town, in the idyllic settlement of St Helena Bay, lived a fisherman. He led a simple life, foraging and hunting for seafood to feed his family. So many of his days were spent in the water, that he developed surfer’s ear, an abnormal bone growth in the ear canal which could decrease hearing and lead to infections.

But this was not an ordinary Cape fisherman. This ancient Khoisan man existed 2 330 years ago and the discovery of his skeleton in the coastal village is opening a new chapter in the history of mankind.

An international group of researchers recently released their findings based on mitochondrial DNA extracted from the inner canal of a single tooth and ribs from the skeleton. They found he belonged to the earliest group of humans to diverge from “Mitochondrial Eve“, our common ancestor. Before he was unearthed, no genetic data of people who had lived before the arrival of pastoralists in the southern coast of Africa had been recovered.

Mitochondrial DNA, otherwise known as maternal DNA, provided the first evidence that we all came from Africa. It helps us map a figurative genetic tree, with all its branches leading to a common Mitochondrial Eve. 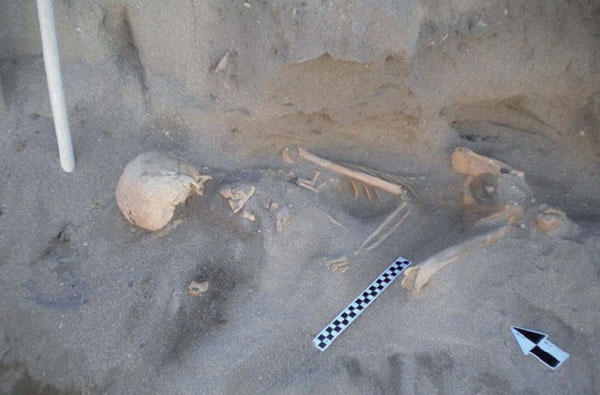 The closest surviving lineage to this skeleton is the click-speaking foragers largely found in the semi-desert regions of Namibia and Botswana. (Image: Chris Bennet Photography)

After noting that the man had osteoarthritis and tooth wear, Prof Alan Morris, a biological anthropologist from the University of Cape Town (UCT), judged him to be in his fifties when he died. Furthermore, when Morris discovered a bony growth in the skeleton’s ear canal, known as surfer’s ear, he realised the man was a “marine forager” who hunted and gathered seafood. “This suggests that he spent some time diving for food in the cold coastal waters, while shells carbon-dated to the same period and found near his grave, confirmed his seafood diet,” Morris said.

Vanessa Hayes, a world-renowned expert in African genomics at the Garvan Institute of Medical Research in Sydney, Australia, said the man existed before pastoralists migrated into the region about 2 000 years ago. “Pastoralists made their way down the coast from Angola, bringing herds of sheep. We could demonstrate that our marine hunter-gatherer carried a different maternal lineage to these early migrants – containing a DNA variant that we have never seen before.”

UCT archaeologist Professor Andrew Smith discovered the skeleton in June 2010, just 50 kilometres from the site where 117 000-year-old human footprints, known as Eve’s Footprints, were found in Langebaan 19 years ago. He immediately contacted Hayes.

Because of the acidity of the soil, extracting DNA from the skeleton posed a problem, prompting the team to take the samples to paleogeneticist Prof Svante Pääbo at the Max Planck Institute for Evolutionary Anthropology in Leipzig, Germany. The institute is a world-leading laboratory in ancient DNA research, and Pääbo is best known for successfully sequencing a Neanderthal. 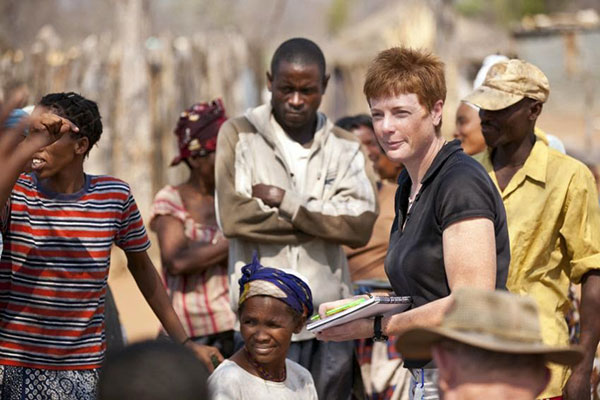 Hayes, who is known for sequencing Archbishop Desmond Tutu’s DNA, said the findings presented evidence that this man and other coastal dwellers came from a lineage most closely related to Mitochondrial Eve and thought to be extinct. “In this study, I believe we may have found an individual from a lineage that broke off early in modern human evolution and remained geographically isolated,” said Hayes. “That would contribute significantly to refining the human reference genome.”

The closest surviving lineage to this skeleton is the click-speaking foragers largely found in the semi-desert regions of Namibia and Botswana. Archaeological, historical and genetic evidence shows there once was a broader southerly scattering of click-speaking peoples, including pastoralists who migrated southwards and indigenous marine-foragers. “Because of this, the study gives a baseline against which historic herders at the Cape can now be compared,” said Hayes.

The team believes that with further testing of the southern African archaeological record, even more diverse human genomes will be discovered.