South Africa has been selected to become the first country in Africa and only the third in the world to host a laboratory for the International Centre for Genetic Engineering and Biotechnology (ICGEB).

The laboratory is housed at the Institute for Infectious Disease and Molecular Medicine (IIDMM) at the University of Cape Town (UCT). The two other existing international laboratories are in Italy and India, according to a statement released by the department of science and technology.

The ICGEB is an inter-governmental organisation that operates in close contact with the UN Common System as a centre for excellence for research and training in biotechnology and genetic engineering with special attention to the needs of the developing worldIn line with this, said the statement, the immediate focus of the Cape Town component will be on diseases that predominate in developing countries, and in particular with a view to study the reaction of the body’s immune system to infections and chronic diseases such as HIV/AIDS, TB and various cancers.

These efforts will go a long way in supporting the global search for breakthroughs in the understanding of these diseases and could possibly also lead to the identification of diagnostic tools and specific drugs or vaccines.

According to the statement, the decision to establish an ICGEB component in Africa was spearheaded by the G8 governments during the 2005 Gleneagles summit, in support of an initiative that focuses on Africa. SA’s Minister of Science and Technology, Mosibudi Mangena, told guests at the official opening in Cape Town that it was his 2006 visit to the ICGEB in Trieste, Italy, that convinced him of the need to have a similar facility in Africa.

“I knew then that an ICGEB Component in Africa will help ensure that we build our capacity in the field of genetic engineering and biotechnology as well as position the continent in such a way that we effectively meet our developmental targets,” said Mangena.

“Furthermore, the research conducted at the Cape Town Component will enable us to better address the disease burden of the developing world; the agricultural challenges of poor yields, producing in difficult climatic conditions and enhancing our post-harvest capacities; as well as the use of biotechnology to further develop our manufacturing and industrial sectors toward the enhancement of the quality of life of all our people.”

The Department of Science and Technology has already made available R10 million of the R40 million earmarked to fund the Cape Town Component of the ICGEB.

Due to the lack of adequate infrastructure for research and development and the shortfall in human capabilities to tackle modern science, African countries currently do not derive full benefit from the opportunities made available by the ICGEB, the statement said.

According to the ICGEB head office in Italy, the Cape Town Component will help to break this vicious cycle and significantly enhance international research networks by developing tailor-made programmes focused on health and agricultural biotechnology. In addition, the Component will serve to expand the successful formula for capacity-building which the ICGEB has experienced in other parts of the world during the last twenty years.

“The establishment of a third Component in Cape Town represents a concrete example of how the international community can take advantage of advanced research to meet the targets of the Millennium Development Goals, and providing the ICGEB with an exceptional tool to fulfill its mandate” said Professor Francisco Baralle, ICGEB director.

Professor Iqbal Parker, from the Medical Biochemistry Division at the Institute of Infectious Disease and Molecular Medicine at UCT was appointed director designate of the Cape Town ICGEB component. Professor Parker will be joined by up to three other group leaders, students and research fellows who will be appointed at the component between now and early next year.

The Vice-Chancellor and Principal of UCT, Professor Njabulo S. Ndebele reaffirmed UCT’s commitment to the success of the project.

“We are a research-led institution which has a very long history of producing pioneering health research,” he said.

Professor Ndebele added that the ICGEB will further strengthen UCT’s efforts to train top researchers and produce excellent research which contributes to bettering the lives of the people of South Africa and Africa. 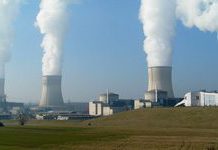 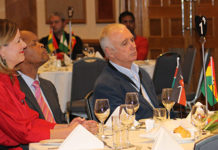