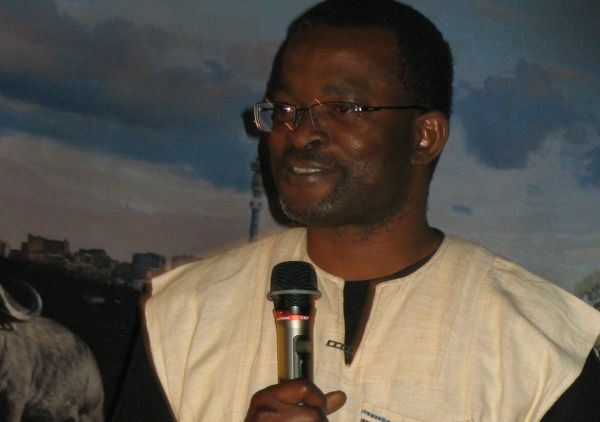 Africa is one of the most vulnerable continents to climate change and climate variability, says Michael O’Brien-Onyeka, the executive director of Greenpeace Africa.

He was speaking at a Johannesburg City Parks and Zoo public dialogue entitled “The nature and opportunities of preserving urban green spaces in Africa”, last week, and was quoting from a 2005 Intergovernmental Panel on Climate Change report titled Africa – up in smoke?

The statistics are staggering: 14 African countries are subject to water stress or water scarcity, and 11 more countries will join them in the next 25 years. Africa experienced a 2.8 times decrease in water availability between 1970 and 1995, a period of just 25 years. This will mean that land areas may warm by as much as 1.6°C over the Sahara and the semi-arid regions of southern Africa by 2050. This will be exacerbated by a projected rainfall decline of 10% by 2050 in southern Africa and parts of the Horn of Africa. And, global warming will cause sea levels to rise about 25cm by 2050, with tidal warming and storm surges on the west and east coasts of the continent.

Despite these alarming statistics, O’Brien-Onyeka does not think Africa will go up in smoke. But he cautioned: “Climate change is a real and present danger to Africa,” adding that Africa had the second largest rain forest in the world in the Congo Basin. But this was balanced by the fact that one rugby field of forest was destroyed around the world every minute.

“We had a concept of conservation when we were growing up – we wouldn’t pick unripe fruit off a tree, but we have lost that, we need to go back to a natural state,” he said.

He outlined other concerns: Africa was experiencing a 3.5% urbanisation rate, with 60% of the population now in urban centres, and some 65% of the population 25 years or younger. “By 2050, we will overtake China as the greatest contributor to global workforce. By 2040, Africa’s population will be 1.9 billion. We need to make urban areas more appealing. It is a challenge but a huge opportunity.”

There is a range of solutions, starting with the need to press the reset button, and “produce better, share better, live better”. We need to develop and implement climate change resilience plans to reduce emissions and cool temperature through changes to the built environment. This means that we need to integrate urban green planning with urban planning, which needs to be based on a green economy.

Ultimately, we need to plan cities differently. High density settlement structures need to be developed in urban nodes to safeguard valuable farmlands and woodlands. River corridors need to be kept free from development, and urban agriculture needs to be recognised and encouraged. “We need to make a conscious effort to reduce CO2 emissions and use green transport and renewable energy,” O’Brien-Onyeka said at the discussion.

And, importantly for South Africa in particular, “we need to see informal settlements as an integral part of city development”.

O’Brien-Onyeka advocates a policy of one rooftop, one garden, with multiple purposes: to provide food security, to soften the hard surfaces of a city, and to regulate temperature. The City of Johannesburg has created several rooftop gardens in the inner city, and has plans to plant 6 000 fruit trees this year.

Cecilia Njenga, the head of the United Nations Environment Programme (UNEP), stressed the destructive properties of cities, pointing out that they occupied 3% of land surface yet produced 50% of global waste and 60% to 80% of global greenhouse gases, while consuming 75% of natural resources.

But at the same time, cities can be drivers of change at a local and global level. She referred to the South African Cities Network. It shares innovations and solutions to city problems, including climate change problems, between nine major cities across five provinces. “An integrated approach to resource efficiency optimises resource use,” she said, and explained that improved infrastructure achieved greater resource efficiency, and that taking action was cost-efficient in the long run.

Njenga referred to the Billion Tree Campaign, inspired by the late Nobel Peace Prize winner Wangari Maathai of Kenya, who started the Green Belt Movement in 1977. Since then, more than 51 million trees have been planted in Kenya. Over 30 000 women have been trained in forestry, food processing and bee-keeping, to help them to be self-sufficient while conserving the environment. In 1989, the Green Belt Movement was instrumental in fighting business associates of then president Daniel Arap Moi, who wanted to build a 60-storey office park in the middle of the 12.9 hectare Uhuru Park in the centre of Nairobi.

The Billion Tree Campaign was launched in 2006 by the UNEP as a response to the challenges of global warming. Its initial target was to plant one billion trees in 2007. A year later the target was shifted to seven billion trees, and by September of that year the goal had been reached. By December 2011, more than 12 billion trees had been planted.

Collins Adjei Mensah, a teacher and researcher in town planning, urban governance, and sustainable urban development, who is based at the University of Birmingham and the University of Cape Coast in Ghana, said: “In Africa our green environment depletion is beyond human understanding.” The per capita green space in some African cities is below 1m², when it should be 9m². He spoke of the perfect city environment being one in which green space was incorporated.

Those spaces are parks, road sides, botanical gardens, outdoor play parks and recreational gardens. He emphasised the need to plant trees and cited examples of where this had actively been done. In 2010, 62 500 trees were planted in Durban, in KwaZulu-Natal. In the same year, 500 000 trees were planted in Lagos, in Nigeria; 2 800 in Maputo, in Mozambique; 30 000 in Mombasa, in Kenya; and one million in Morocco.

“Some African cities have beautiful tree canopies – Johannesburg is doing very well with nice tree canopies.” The city has over 10 million trees, and in the past few years 200 000 trees have been planted in Soweto, in Joburg’s south-west.

Mensah also outlined the challenges on green spaces in Africa: the pressure of urbanisation was huge, with a high rate of urban sprawl and informal settlements, and with it, the massive destruction of urban trees. For instance, in Abuja, in Nigeria, green vegetation had dropped from 21% to 12.9%. He cited several sprawling suburbs in other cities: Kibera, in Nairobi and Katutura, in Windhoek.

He also spoke of insufficient operation and enforcement of urban planning regulations – a chronic example was that the 1945 and 1948 planning acts were still in operation in Ghana and Malawi, respectively. “There is an over-reliance on old master plans and a lack of political will to develop controls.” In addition, there were institutional inefficiencies and poor maintenance of urban parks and other green spaces. Ghana’s Kumasi was an example of this inefficiency. At one time considered the garden city of west Africa, with urban sprawl and rezoning, it now had no park at all. Scattered open spaces in Harare in Zimbabwe were now used to grow crops.

Other challenges are socio-economic and political issues. With poverty comes an over-reliance on the natural environment to support people’s lives. “There is also a lack of priority of green spaces in the development agenda, as well as unco-operative attitudes of local people, who indiscriminately destroy the green spaces by dumping garbage in them,” Mensah said.

Wars have also taken their toll on green lungs. The Akagera National Park in Rwanda, for example, has lost 70% of its land through wars. To combat these ravages, Mensah suggests that countries develop a green space strategy. This would need stable financial support with regular maintenance that evaluates the state of the green spaces. It will also need collaborative governance, with citizens playing an active role.

“Let’s join hands together to preserve urban green spaces to benefit both current and future generations,” he concluded.

The High Commissioner of Kenya, Patrick Wamoto, suggested that there needed to be more emphasis on urban planning, and more citizen involvement in keeping urban spaces green. “The benefits would be better urban air quality, increased property values, employment in parks and quiet streets, which will promote cohesion and quality of life,” he said.

Advocate Zwelethu Madasa, the secretary-general of the Pan African Parliament, brought the dialogue to a close by saying that given alternatives, people would not degrade the environment. “The continent is united on how to deal with climate change. There is a clear united African awareness.”