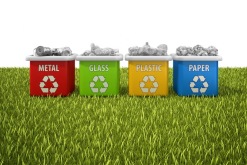 “Two-thirds of the more than 2 000 urban South African households surveyed do not know where to dispose of their household recyclables. The majority of the participants in the study said that they do not know how nor what to recycle.” – CSIR research project leader Wilma Strydom.
(Image: Phantom Forest eco reserve)

South Africa aims to have all households in the country’s large centres separating their own waste into recyclable and non-recyclable material by 2016.

Separating recyclables at household level is a requirement in terms of the Waste Act, and the National Waste Management Strategy requires that in four years’ time all metropolitan municipalities, secondary cities and large towns will have initiated programmes for waste separation at source.

According to Dr Suzan Oelofse, a principal researcher at the Council for Scientific and Industrial Research (CSIR), the participation of households in these programmes will be crucial to achieving the 2016 target.

However, the results of two CSIR surveys show that South Africa’s municipal authorities face a daunting task in creating public awareness around the requirements of the Waste Act.

The study revealed that only 3.3% of the country’s urban population regularly recycled household waste in 2010. This finding is underscored by another study, also conducted by the CSIR, which shows that, of the estimated 19-million tons of municipal waste generated in South Africa in 2011, about 25% were mainline recyclables such as glass, paper, tins and plastics.

“It is alarming that two-thirds of the more than 2 000 urban South African households surveyed do not know where to dispose of their household recyclables,” says CSIR research project leader Wilma Strydom. “Furthermore, the majority of the participants in the study said that they do not know how nor what to recycle.”

Urban South Africans do not recycle

The 2010 survey, aimed at understanding post-consumer recycling behaviour in South Africa, does not paint a very positive picture about urban South Africans’ attitude and behaviour when it comes to recycling.

According to the survey: More than 73% of South Africans living in urban areas reported no recycling at all; about 27% of urban South Africans reported some recycling behaviour; and only 3.3% of the respondents indicated that they sort most or all of the selected five recyclables from their household waste and recycle it on a frequent basis.

The survey results also highlight an overall negative attitude towards recycling. Urban households are not recycling seemingly because of a lack of space, lack of time, because it is dirty or untidy, or they lack the knowledge of what is recyclable and what not. Another reason cited was inconvenient recycling facilities.

However, the survey results also indicate that South Africans might start to recycle and continue to recycle should it be convenient to do so.

“This should be complemented with communication and awareness-raising campaigns, as well as continued research to understand the drivers of recycling behaviour and how to motivate people to recycle.”

Gauteng province alone generates about 45% of South Africa’s municipal waste. Yet only a few landfills in the province have a lifespan of 10 years remaining. The City of Cape Town, contributing 70% of the municipal waste in the Western Cape, is also running out of landfill airspace.

The maths is simple, says Oelofse: “The best solution for reducing pressure on available landfill space is a reduction in waste through waste minimisation and recycling.”

In an attempt to estimate the mass of recyclables disposed of at municipal landfill sites in 2011, Oelofse obtained landfill-based characterisation information from Cape Town, Durban and Johannesburg.

This showed that landfill airspace is mainly consumed by green waste, recyclables and builders’ rubble. Mainline recyclables – paper, plastics, glass, tins and tyres – contribute 25% of the municipal waste generated in Gauteng and 22% in Cape Town.

According to the Department of Environmental Affairs, an estimated 19-million tons of municipal waste was generated in South Africa in 2011.

“If it is assumed that the composition of waste in Gauteng is a reflection of the rest of the country’s municipal waste, then it can be concluded that 25% of the 19-million tons of municipal waste is mainline recyclables,” says Oelofse. “That means that 4.75-million tonnes of recyclables that could have been recovered in 2011.