Xolile Xaba explores problems in his community and then devises ways to solve them using technology. He is heading for the One Young World Summit in Colombia, taking place in October, to show off his work.

Melissa Javan
A young South African who developed an app for his grandmother to help her find her car, has been invited to the One Young World Summit, to be held in Bogotá, Colombia from 4-7 October, to display his innovations.

Xolile Xaba, 22, grew up in Newcastle in northern KwaZulu-Natal. Along with Car-Park, he has also designed BizzPort, an app that connects African entrepreneurs with each other and with events near to them. The business news app also has an online boardroom.

Xaba represented South Africa at the same summit in Ottawa, Canada in 2016. He was one of 2,500 young leaders and innovators from around the world, invited to attend. This year, he will be attending the summit to showcase his apps on the world stage.

The summit, according to online entrepreneur news platform SME South Africa, is geared towards empowering promising and creative young leaders from around the world, aged between 18 and 30, who have a passion for global issues and who possess a track record of having a significant impact in their communities.

In 2015, Xaba founded Prefect Communications and Developments Inc, after he had created BizzPort. “The company is currently focused on developing BizzPort as a product that will be distributed throughout the continent,” he said.

“We are driving the company to a position where we will be able to focus on the social side of things by creating apps and distributing them for free to various markets, especially developing economies. That’s where my passion lies.”

BizzPort
“My granny was the first person I told about idea. From there, I never stopped programming and I realised how exciting it was to just sit down and build something completely new.”

He came up with BizzPort after reading an article in his business studies class about how African countries were more connected to countries outside Africa than to others on the continent. “My response to that was to create a solution that could easily be accessed and distributed.”

Car-Park
Following BizzPort, Xaba created the car park app as a gift for his grandmother. “It wasn’t created for commercial purposes. I was just trying to solve a problem that we have been facing for ages; we even forget it’s a problem and that it needs to be solved.

“I realised that a lot of people who owned cars struggled with locating their cars in huge parking lots, whether it was in a shopping mall or at a festival. My granny is part of the statistic,” he explained.

“I was just looking at creating a quick solution for the problem, specifically for her. I showed my friends the app and they were so excited about it.

“Basically with everything I build I aim to solve a particular problem. Even though it was just a hobby it has taught me a lot about how people of different ages react to different technologies.”

By 2010, when Xaba was in Grade 7, he was already seeking solutions for everything. By the time he was in matric, he had finished BizzPort. “I wasn’t even sure it was going to work out or not.”

Growing up, he looked up to innovators such as Mark Zuckerberg, Bill Gates, Jack Dorsey and Travis Kalanick. “I just liked their creations and the impact they had on the world at large. I’ve always wanted to build something for my country as well,” he said.

“Locally I am inspired by Ludwick Marishane.” Marishane is the inventor of DryBath, a waterless shower gel that lets people wash without having to use water.

Xaba did not have a computer at home, so he used the ones at his school to teach himself computer languages. Later, when he started a technology business, he found that it was a challenge working in a small town; another issue was financing the business. He sought help in Johannesburg: “I found it hard for people to listen to me. Sometimes people would show up for a meeting, we’d be evaluated. Then someone would tell me this was way too ambitious.”

But he was grateful for the contribution from Brenda Bertels of BDO South Africa. “She made sure I received a laptop. She said she liked how passionate I was. Last year, I attended the pitching den hosted by the SA Innovation Summit because of Mrs Bertels.”

His expectations of the One Young World Summit, Xaba said, was to meet people and engage with young leaders from around the world. “I want to listen to the daily problems they face in their respective countries and how they plan to solve these problems.

“We have also created solutions to problems that we have encountered here in South Africa and I think other delegates will be interested in hearing how we did this. For me, that would be the best place to be because people there discuss different things that go way beyond my technological expertise.”

Learning like this led you to your next big idea, he said. “Even though funding such initiatives proves to be expensive, the experience is worth it.”

Xaba said: “I’m thrilled by how one can just sit down and build something really new, seeing it appear in my hands. And then the next thing it appears in other people’s hands.

“It is a bonus is that I live in South Africa, a developing country that is in demand of the skills we possess. Waking up every day and working towards the goal of building our products to what we have imagined them to be, like using our BizzPort to connect entrepreneurs from all walks of life.”

People should follow their passions, no matter the conditions. “If a goal already exists in your mind, just go for it with everything you have,” is Xaba’s advice to entrepreneurs, according to Channel Africa’s Change your Game show.

“If it’s something you love, trust me, you are bound to stumble across great things along the way… Whatever obstacles you might be facing right now, they are just temporarily putting you to the test.” 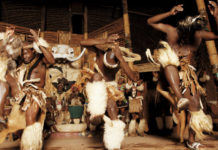 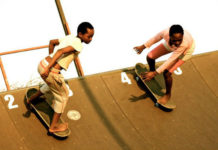