The African Union is to contribute US$50-million to the International Mission of Support in Mali (MISMA), Burkina Faso President Blaise Compaore, the AU’s mediator on the Mali crisis, announced on Monday.

The contribution is part of an estimated $360-million needed for the operation of African-led MISMA, while the post-operation restructuring of the Malian army will call for another $300-million, according to delegates who attended the two-day AU summit that ended in Addis Ababa, Ethiopia on Monday.

A donors’ conference was scheduled for Tuesday to mobilise funds for these purposes.

United Nations Secretary-General Ban Ki-moon said during Sunday’s opening of the AU summit that the UN was determined to help the Malian people.

Initially composed of 3 300 troops, mainly from the Economic Community of West African States (Ecowas), MISMA is charged with freeing the north of Mali from rebels and regaining the country’s territorial integrity.

So, a dozen African nations have offered to contribute to this force, bringing its total to 5 000 or 6 000, according to Compaore.

Meanwhile, the proposed multinational neutral force in the Democratic Republic of Congo might be integrated into the UN peace mission in the Central African country.

According to the AU representative for the Great Lakes region, Gaoussou Diarra, the neutral force will include 4 000, whose commander will be a Tanzanian.

The force will be integrated as a “special brigade” of the United Nations Mission for Stabilisation of Congo.

Speaking on the sidelines of the AU summit, Diarra said that for purposes of ensuring neutrality, the DR Congo’s three eastern neighbours, Burundi, Rwanda and Uganda, would not contribute their troops to MISMA. 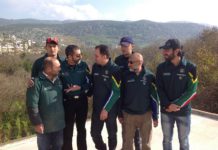