The world’s most famous gold coin, the Krugerrand, is commemorating Queen Elizabeth’s 90th birthday with a special limited edition.

This is also the first time the South African Mint is celebrating a royal birthday.

“With an extremely low mintage of only 260 coins worldwide, this special edition. Krugerrand features a unique ‘QEII 90’ Mint Mark that will only appear on this special issue of gold Krugerrands,” noted the London Mint office.

“This means that this coin will become a ‘one year only’ type, never to be released again.”

The South African Mint says the Kruggerrand evokes nostalgia because it has a classic design which “kindles memories of a bygone era and symbolises the romance and allure of gold”.

The design dates back to 1892 when the country’s first coin series was circulated. It features a bust of the then president of the South African Republic, Paul Kruger, created by die-engraver Schultz. “The reverse design of the prancing springbok, South Africa’s national animal, was modelled by Coert Steynberg,” reads the South African Mint website.” It was originally created for the commemorative 5-shilling coin issued in 1947 to celebrate the visit of the British Royal Family to South Africa.”

The name Krugerrand comes from Kruger and South Africa’s monetary unit, the rand – associated with the Witwatersrand, “the ridge of white water”, the area where gold was discovered in 1886.

📷 90 photos for 90 years ahead of The Queen’s birthday on Thursday #Queenat90https://t.co/MqJGDqfDPb 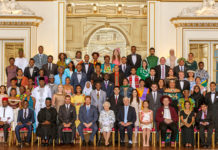 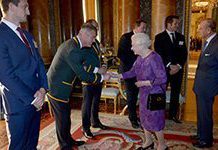 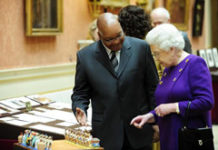