The founders of the online television station, Aza TV Africa, say they learned it is best to stay true to their vision of business.

Aza is short for Azania which means “powerful” in Swahili. Mosese explained they want to engage and encourage Africans to view themselves from a position of power.

Mosese and Zwane are Play Your Part ambassadors of Brand South Africa.

The co-founders of Aza TV Africa were speakers at the Digitize Africa Conference held in Durban in April 2017:

Mosese and Zwane, who have been friends since their teens, said going into business together was not a difficult decision to make because of their shared love and passion for the media. They enjoy working together.

“We want to be a network that celebrates us as a people, with interesting and diverse stories to tell,” Mosese said.

The work on Aza TV Africa started four years prior to the launch. The two co-founders said they finally found a private investor but also had to contribute money from their own pockets.

Aza TV Africa has four channels – Talk, Entertainment, Inspirational and Lifestyle. Each of these channels has different shows under each of these categories, all of which are accessible through www.azatv.co.za or the free downloadable Aza TV App (for Android and IOS users).

On some programmes, like the parenting show Yummy Mammi, African celebrities are invited as guests.

Currently, viewership is 46% women and 54% men between the ages of 18 and 40 years. People from Mozambique, Ghana, Kenya, Nigeria, Botswana, Zimbabwe, the US, and India watch Aza TV Africa.

Brand South Africa’s journalist had a short Q&A with Mosese.

Melissa Javan: When you started, there were seven people working for Aza TV Africa. How many people do you have now?
Salamina Mosese: We work with a team of both permanent and freelance staff of between five and 10 depending on what shows we are shooting at the time.

MJ: What are your most popular shows on Aza TV Africa?
SM: Yummy Mammi, The Sit Down, and Aza Muzika.

Watch an interview with actor Florence Masebe of The Sit Down:

MJ: How many visits, views and impressions do you get per month (on average) for Aza TV Africa?
SM: Our highest number of impressions, which we garnered last year, were just over 100 000. Monthly we average about 40 000 impressions.

MJ: What lessons have you learnt being in business?
SM: Business is tough; every day is an adventure, good and bad.

We have learnt to grow thicker skins, to ask for help if we need it, to have faith in better days, and to stay true to the vision that we had going into the business.

We both understand that quitting is not an option, so we find ourselves regularly encouraging each other.

MJ: Having a digital channel – how have you grown, especially in terms of learning and teaching yourselves the technical side of things?
SM: We will never claim to be digital experts; we are creative who create content for a digital medium.

Every month we are a little more knowledgeable about the space we are playing in, but it does require that we have to constantly be doing research, asking questions and remaining open to new thinking and new ideas of doing things.

Watch an episode of Diary of a Street Corner here:

MJ: How important is social media for you as entrepreneurs and what role did it play?
SM: For us, social media is merely a medium to be used, but not the main aspect of our business.
We use it in business to activate for certain things that we are doing. For our film projects or to run our promos and it is a worthwhile tool in that sense.

It is also a great way to connect with other liked-minded individuals in other countries and other sectors that could potentially be future clients or potential partners in business.

MJ: What opportunities have you created as entrepreneurs?
SM: We like to work with young people, not only because we are young people ourselves, but we understand the importance of letting in new voices so that we can change the face of the media and entertainment industry.

By bringing in more skilled, young, black creatives who will one day have [their] own companies to run, change is bound to come.

We are of the opinion that there is not sufficient transformation in our sector, and we want to be part of changing this, however long it takes.

MJ: Any advice for people who want to break into the entertainment industry as a writer or producer?
SM: Just start. Sometimes we want to wait for the big break, but while we are waiting we need to be honing the skill and the talent, so that when the big break comes you are ready for it. The entertainment industry is tough, you need to be tougher in order to survive.

Mosese and Zwane also create and produce local films through their company, Sorele Media. Their recent film Love & Kwaito was selected for screening at the Johannesburg Film Festival last year. The film is about a child-headed family in Kliptown.

Mosese says the television channel Mzansi Magic has licensed it. She adds: “We are working on our next film for release next year.”

Watch the trailer of Love & Kwaito: 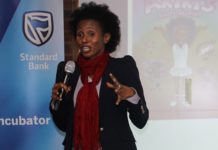 Women entrepreneurs network and learn at Lionesses of Africa event 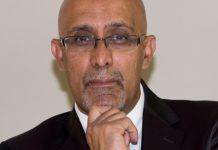 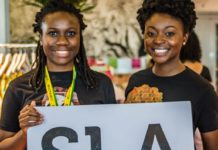