The youth are our future, and in South Africa, that future wants to stay at home. Less than 10% of South Africans under the age of 24 planned to migrate to another country, a Brand South Africa survey has found. 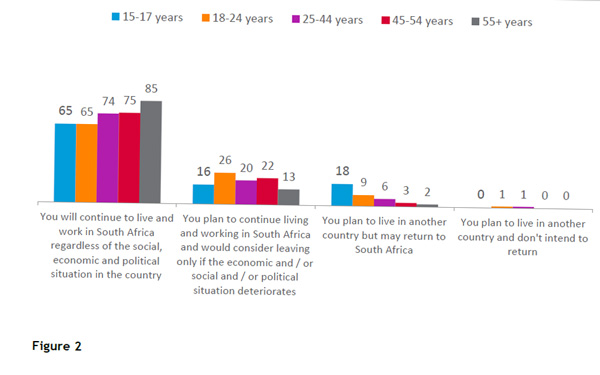 The majority of South Africans interviewed in a recent survey are hopeful and committed about their future in the country. (Image: Brand South Africa)

The majority of young people in South Africa want to continue living in the country and have no intention of leaving, despite the socio-economic challenges they face, according to a recent survey undertaken by Brand South Africa.

The Domestic Perceptions Research survey looked at the optimism of the youth. It was conducted over four weeks, from 17 November to 12 December 2014, and interviews were done with 2 524 people between the ages of 15 and 55. The interviews were conducted nationally, in the individuals’ homes.

It found that the South African population is young, with most people between the ages of 15 and 34. This was in line with the Census results, which found that 66% of the country’s population was under the age of 34.

According to the Domestic Perceptions Research, South Africa’s youth are committed, proud, hopeful and aspirational about the country.

Leigh-Gail Petersen, a researcher at Brand South Africa, said these results indicated that the youth were optimistic about their future in the country. “That future can only be realised through constructive engagement,” she added.

The majority of people between the ages of 15 and 55 said they would continue to live and work in South Africa regardless of the social, economic and political situation in the country.

The crucial socio-economic challenges identified in South Africa were crime and unemployment.