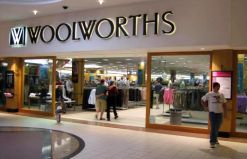 Arguably one of South Africa’s favourite retail chains, with a reputation built on quality fresh produce and service excellence, Woolworths Holdings Limited is slowly increasing its foothold in other African countries and plans to open 16 new shops this financial year.

The company already has 60 shops operating across the continent. The latest countries to benefit are Tanzania and Uganda, as Woolworths enters into a joint venture with prominent Tanzanian businessman and technology entrepreneur Ali Mufuruki.

“I am delighted to be part of this joint venture with Woolworths, to grow this market and offer our customers the choice and quality Woolworths is famous for,” Mufuruki said in a press statement.

He added that new stores would contribute to employment, always a priority on the continent, and help to grow the economy.

Mufuruki will open one Woolworths shop in Uganda and two in Tanzania, adding to the four shops already open in these countries. The new shops will initially offer only clothing merchandise as the supply chain for fresh produce still remains a challenge in some parts of Africa.

“We do provide a food offering in the countries which border South Africa. However, in West Africa and East Africa we have decided to enter the market with a clothing and general merchandise offering,” says Glenn Gilzean, Woolworths’ group director of retail operations.

Gilzean says that in future the company plans to offer all products available in South Africa to the rest of its African stores.

Customers in selected African countries can look forward to a larger selection of fashion and general merchandise, including beauty products, formal wear, and trendy casual wear for men, women and children.

Woolworths’ exclusive Re: and Studio:W fashion brands will also be seen on shelves in these stores.

With successful operations in Africa for over a decade, Woolworths already has a strong foothold on the continent – one which they wish to extend. Stores are currently open in Botswana, Namibia, Lesotho, Swaziland, Ghana, Kenya, Tanzania, Uganda, Zambia and Mozambique.

Plans are afoot to set up shop in Nigeria and Angola.

“We see greater opportunity on the continent now because advancing economic growth in many African countries has given the consumer a greater spending power,” says Gilzean. “Other factors include the growing middle and upper income groups, and increasing investment in infrastructure.”

The company has also changed the model for expansion from franchises to joint ventures as there is greater potential for profit.

“Joint ventures with local partners are the new business model for our Pan African expansion plans,” says Gilzean. “It’s not only a better profit model for our business, but it’s also better for our customers.”

Woolworths is aiming for a “best of both worlds” scenario with the new strategy.

“Our partners bring knowledge of local trading conditions and we bring the quality, value, innovation and fashion our South African customers know and appreciate.”

A vision of quality

Based on the UK’s Marks & Spencer group, the local version of Woolworths was founded in 1931 by Max Sonnenberg with the first store opening in Adderley Street, Cape Town. Today the company still holds true to Sonnenberg’s vision of giving consumers the right to quality products at affordable prices.

Currently there are some 400 stores countrywide and overseas, employing over 18 500 people in South Africa alone.

Woolworths is among the top 100 companies trading on the JSE and has been listed on South Africa’s stock exchange since October 1997. In its latest financial review the company shows resilient growth in earnings amid a tough economic climate, and on average has outperformed its market competitors, including Pick n Pay Holdings and Spar, by 4.1% in growth so far in 2011.

Woolworths also has a strong presence in the Middle East and holds a majority share in the Australian retail chain Country Road.

“We regard trading beyond South African borders an opportunity for Woolworths growth,” says Gilzean. “We are confident about the growth prospects of our investment in Uganda and Tanzania and indeed across Africa.

“Consumer spending accounts for more than 60% of Africa’s GDP and this will increase with the growth of the upper and middle income groups.”