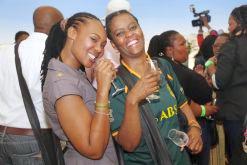 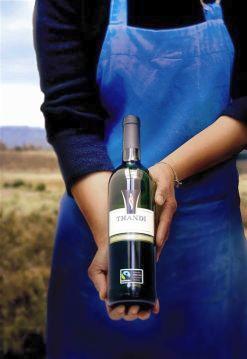 Traditional stereotypes about wine in South Africa are fading as a new generation of black wine connoisseurs and producers enters the wine scene.

South Africa’s wine industry is viewed as one of the most progressive and successful of many wine-producing countries.

The industry’s transformation efforts have been successful and new wine consumption trends point to a new group of emerging wine consumers.

This is good news for the industry as it shows the image of wine in South Africa is changing.

Matome Mbatha, Wines of South Africa (Wosa) market manager for Africa and the Americas, says that the industry has noticed a shift in the profile of local wine consumers.

“There has been a great interest in wine from the black community,” Mbatha says.

He says that South Africa’s growing black middle class is one of the reasons for the change in wine consumption trends. “These people seek and love fine things in life and wine, as a lifestyle product, resonates well with that need.”

The availability of easy-to-drink wines has also helped to grow a more diverse consumer base.

“Many black wine drinkers start to appreciate wine on a casual basis and gradually upgrade to more serious wine once they gain confidence in their wine knowledge,” he says.

Wine festivals also play an important role in making wine more accessible and debunking the myth that drinking wine is a highbrow affair. At wine festivals, people who would ordinarily not drink the beverage have an opportunity to sample a wide variety of wine styles.

An event such as the Soweto Wine Festival, now in its seventh year, is helping to cultivate an appreciation for wine.

Benefits of a wider consumer base

Charlaine Opperman, author of a 2010 report that investigates the marketing of South African wine to the country’s emerging black market, says the industry and economy stands to benefit from this growing consumer group.

“If wine producers can sell their products to the emerging black market of South Africa, and create a strong and loyal customer base, the implications are astronomical,” she says in the report, which was written as part of her MBA degree at Stellenbosch University.

Wine companies that can promote their brands to the black middle class group stand to benefit from an increased market share with more profit and a wider spread of products in the domestic market.

Opperman says that another positive implication could be job creation. Companies would have to expand their production facilities, create new distribution channels and employ marketing agents to focus on the new market segment.

“Bigger profits for the wine industry could lead to new innovations and better production facilities that will influence the industry positively,” she says in the report.

Transformation of the wine industry has brought about significant changes to ownership of wine brands and farms.

Mbatha says that Wosa has noted an increase in the percentage of black-owned wine businesses and wine brands.

Thandi Wines and Sizanani are two examples of successful transformation projects in the wine industry.

Thandi Wines became a ground-breaker in the local wine industry when it was established as a stand-alone wine company in October 2009.

It is South Africa’s first agricultural Black Economic Empowerment (BEE) project. The company is owned by 250 farm worker families who hold 55% shares in the company.

The Thandi community also holds farm land ownership over three farms, ranging between 50% to 100% shareholding. According to Thandi Wines, it is very rare in the South African wine industry for a BEE group of this size to own both land and have shares in the business.

It is also the country’s biggest black-owned wine exporting company, as well as the first wine brand to receive Fairtrade accreditation.

Sizanani Wines, the empowerment company set up by Bellevue Estate, is now 100% owned by the workers at Bellevue. Sizanani’s MD Randall Peceur says the empowerment of farm workers is the main focus of the company.

“Before, workers would work all day in the vineyards and the winery but had no knowledge of what their future would hold for them,” Peceur says. “With this project they have a tangible link to their future, and more importantly, to the future of their children.”

Sizanani Wines has had export success and the company has secured a contract to supply its label Chenin and Pinotage to UK supermarket chain Morrisons.

Transformation in the local wine industry is far from over, and the potential of the domestic market is still very much untapped.

According to 2010 figures, South Africa ranks eighth in overall volume production of wine. South African wine is also the fastest growing in the new world wine category in most Canadian markets.

“South Africa has gained popularity in this market especially after the 2010 Fifa World Cup,” Mbatha says.

According to Opperman, South Africa is classified in international wine circles as one of the ‘new world’ wine producers, along with Australia, New Zealand, Chile, Argentina and the US.

There are just over 100 000 hectares of wine varietals under cultivation in South Africa. White varieties comprise 56.2% of the national vineyard and reds, 43.8%.