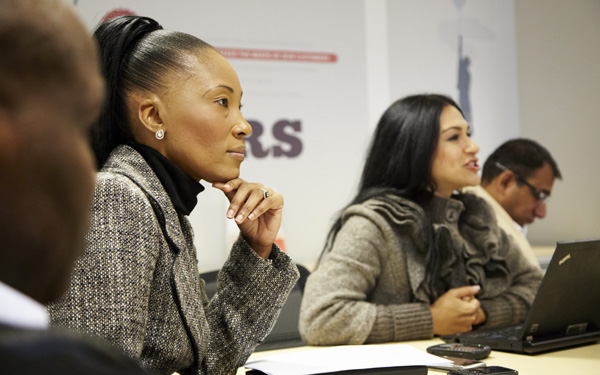 Africa is rising and women will play a major part in its growth, say delegates at the International Women’s Forum South Africa conference. They called for women to be included in the continent’s mainstream economy. (Image: Brand South Africa)

Five of the world’s estimated 20 female central bank governors come from southern African countries – Botswana, Lesotho, Seychelles, Madagascar and South Africa. This was according to Gill Marcus, governor of the South African Reserve Bank and a guest speaker at the International Women’s Forum South Africa (IWFSA) conference held in Johannesburg from 18 to 19 June.

With “Africa Rising” as its theme, the conference brought together more than 200 women from business, government and civil society to examine women’s role in the continent’s economy and find ways to include them in the mainstream.

The high number of African women in top central bank jobs, Marcus said, was in contrast to the first world, where only one woman heads a state bank. And Janet Yellen’s appointment as chairperson of the American Federal Reserve in February this year caused controversy in the US. “Leading newspapers in the United States discussed, quite seriously, what it would be like to have a ‘pink dollar’,” Marcus said.

The only other leading woman in global economics, she said, is France’s Christine Lagarde, managing director of the International Monetary Fund.

But Marcus added that while this is an achievement for equality in southern Africa, it is how those five women make a difference in everyone’s lives that counts.

Linah Mohohlo, governor of the Bank of Botswana, said including women in the mainstream economy so they can earn their own money is essential to African development.

With 16 years at the helm of Botswana’s bank, Mohohlo is one of the world’s longest-serving reserve bank governors. She said women’s exclusion from the economy is not just a developing world problem but one also found in advanced nations. “Developed countries are experiencing joblessness, which brings concerns over social inequality.”

Excluding women from economic activity was a waste of productive resources, she said. One way to include women is to narrow the gap between rich and poor. And technology, she said, was the one thing that could close that divide. “It was not long ago that we were concerned about the digital divide. Now technology is building bridges between those at the top and those at the bottom.” 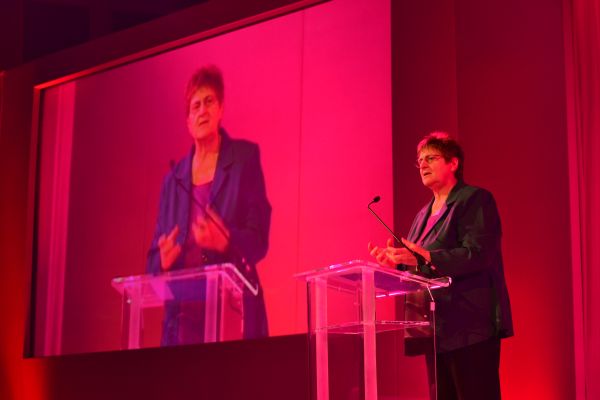 Marcus added that in South Africa, citizens are too critical of economic conditions. Public discourse was more focused on what was wrong in the country and not on its achievements, she said. Instead, we must reflect inward to see where the real problem lies. “South Africa has done phenomenally well in 20 years. So we need to tackle ourselves and see what is wrong with our attitude.”

The impact of infrastructure development on women’s wellbeing was also discussed. Poor energy supply throughout Africa, for example, was a major cause of women’s health problems, Mohohlo said. The smoke from using firewood for energy, particularly indoors, caused illness and sometimes death. She said investment in appropriate energies would reduce the use of firewood and so improve the health of women.

Water supply was also discussed as a serious health issue that impeded the development of African women. Pregs Govender, deputy chairperson of the South African Human Rights Commission, said that when it comes to water, African governments’ macroeconomic policies have done a disservice to marginalised people, particularly women and the poor.

Govender said macroeconomic policies – which tackle the broader trends in an economy –were initially designed to reduce inequality and maintain economic balance in society. But they stopped being effective when they were no longer used for the benefit of the people.

Human Rights Commission research on water use in South Africa found that these policies, instead, served corporates and ignored poor communities. Corporates pay less per kilolitre for water than households do. More worrying is business is generally the biggest polluter of water, but does not take responsibility for cleaning it up. “Our greatest thief of water is the corporate sector,” said Govender. “They waste water the most. Yet the image of water wastage is of a dripping tap in a poor community.”

She added that women in Senegal spend more time sourcing and collecting water than on any other activity.