The stylish Vuka XT150, a nippy
performer with a powerful engine that is
ideal for freeway cruising.
(Image: Vuka Scuta) 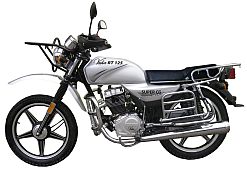 Not content with revolutionising the way South Africans commute, local developer Vuka Scuta is now branching out into other African countries. The company has started marketing its motor scooters in Mozambique, Angola, Zimbabwe and the Democratic Republic of Congo (DRC).

Launched in 2006, the  Vuka (an isiXhosa word, meaning “wake up” or “get moving”) two-wheelers have become increasingly popular, especially in light of the unpredictable cost of fuel, high interest rates, and often unbearable congestion of South Africa’s urban roads.

The stylish motorcycles and scooters are manufactured in China but assembled in South Africa and have been developed for South African and African conditions. Features include improved rubber components, stronger shock absorbers, and more durable instrument panels for the African sun.

Vuka evaluated more than 30 Chinese motorcycles and scooter models before deciding on the right models for the African climate and road conditions.

The company has recently spent considerable time developing a motorcycle specifically designed for African road conditions – the Vuka RT 125, which will be launched in August 2009.

Vukas arrive in a semi-knocked-down state in crates from China, and after years of perfecting the process, assembly staff can put a vehicle together in less than an hour.

All vehicles are extensively tested before moving on to the retailer, and the mostly manual assembly and testing processes have enabled Vuka to create a number of new jobs.

The first outlet to sell Vuka scooters beyond South African borders opened in Maputo in June 2009. The company has already received and several bulk orders for motorcycles and scooters from Angola, Zimbabwe and the DRC.

Vuka seeks to follow the example set by a number of South African retailers and manufacturers, who have moved out across the continent. Mobile provider MTN, brewing giant SABMiller, fast food chains Nando’s and Steers, and retailers Woolworths, PEP Stores and Shoprite Checkers, among others, have all set up shop in other African countries.

Vuka Africa MD Tinus Lamprecht said in a statement that the company foresees a large and potentially lucrative market in the African continent, since it offers a viable transport solution to people looking for ways to ease the effects of the current global economic downturn.

“We felt that it is essential to develop and establish potential new markets to enable Vuka to continue its growth and to broaden our brand footprint,” said Lamprecht. “Although each African country presents its own challenges and requirements, we feel confident that we have the necessary experience and products to tackle these markets successfully.”

Mozambique is the ideal market in which to launch an African operation, he added, because fuel in that country is expensive, roads are becoming increasingly congested as the economy gathers momentum, and many people in rural areas travel long distances to get to work in the cities.

Initially the cost-effective vehicles will be sold to government departments, NGOs and the agricultural industry. A second Vuka outlet is due to open before the end of July in Inhambane, located 470km northeast of Maputo in southern Mozambique.

Taking over the continent

In the Southern African region, Botswana, Swaziland, Lesotho and Zimbabwe may soon see the colourful Vukas zipping around their streets, as the company is following up a number of enquiries.  Vuka recently participated in the South African International Trade Exhibition and attracted enquiries from Zambia, Tanzania, Cameroon, Botswana, Ethiopia, Malawi, Zimbabwe, Burkina Faso and the DRC.

As in the case of South Africa, Vukas will be adapted for the specific market, fuel and road conditions found in other African countries.

The company will also follow the trend it has set in its South African operation by establishing assembly plants in various other regions. It will train technicians in these countries to the levels required to ensure that Vuka customers continue to receive Vuka’s excellent after sales service.

Changing the lives of commuters

Cape Town-based Vuka Scuta captured a 20% market share in its first two years of business. Vuka states that its goal is to “revolutionise personal mobility” and change the lives of hard-pressed South African commuters by selling top quality scooters at the lowest possible prices.

The company is wholly owned by the Luna Group, a 23-year-old diversified business founded by entrepreneur Barney Esterhuyzen and his family trust; as well as Titan Nominees, part of the Titan group run by retail masterminds Dr Christo Wiese and Renier van Rooyen Jnr. A small stake is held by Vuka’s Hong Kong agent.

Scooters are sold all around South Africa through a network of 32 outlets and dedicated dealers. In mid-2008 the company claimed to be selling one scooter every 26 seconds during normal business hours. All retail outlets are backed up by trained and accredited service centres that carry a wide range of spare parts and can competently attend to any problem.

Vuka scooters have been developed and tested to ensure a comfortable ride and excellent stability. Quality checks at licensed manufacturing plants overseas are followed by equally stringent tests at the local assembly facilities. Each vehicle offers storage areas and quirky but useful features such as a red light that blinks to alert the driver of an incoming mobile call. 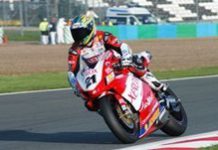 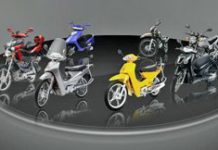 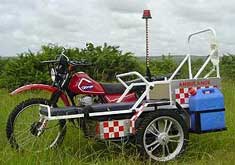