The South African government will give
incentives to companies that hire young
people. (Image: image library) 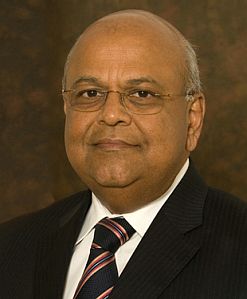 Minister of Finance Pravin Gordhan announced a new, energised commitment to South Africa’s young people in his maiden budget speech, with education and job-creation programmes for graduates and school-leavers high on his list of priorities.

Addressing Parliament on 17 February, Gordhan said the biggest slice of the national budget for 2010/11, R165-billion, would be ploughed into the country’s 27 000 schools, 23 universities and various colleges.

“Education remains our largest item of spending, giving meaning to our commitment that it is our number-one priority,” he said.

Some R12-billion from the allocation will go towards the country’s Further Education and Training (FET) colleges, and a further R1.3-billion will be used to improve the salaries of educators at these institutions.

Government is working hard to position FET colleges as viable alternatives to universities to absorb as many matriculants as possible into tertiary education.

The aims is to equip students, many of whom are there on bursaries, with practical skills to make them more employable.

“Expanding and improving capacity at our FET colleges is a vital part of our growth strategy,” Gordhan said. “We have set ourselves ambitious targets to expand the number of young people studying vocational subjects.”

Gordhan’s announcement was welcomed by several political parties. “The injection of more resources into the further education and training will assist in the skills development of our people and prepare them for future absorption into the job market post the current recession period,” said the ruling African National Congress (ANC).

Treasury has also put aside a further R2.7-billion for the Department of Basic Education to provide school literacy and numeracy workbooks in all 11 official languages.

As President Jacob Zuma announced in his State of the Nation address on 11 February, government is committed to building strategies to encourage the private sector to hire inexperienced young South Africans, who currently make up the largest portion of unemployed citizens.

Government is planning to subsidise companies that hire young people, making it more of an attractive option for employers.

The Department of Labour will launch a campaign to inform young people about job opportunities and training, with the goal to get this up and running by early 2011.

“Many South Africans, speaking from their own experiences on the streets of our cities, at factory gates and in rural communities, have urged us to take steps to make it easier for young people to find work.”

The country’s official opposition party, the Democratic Alliance (DA), saw Gordhan’s youth job-creation plan as the “main thrust” of the budget speech, “particularly the detailing of a wage subsidy that will open up job opportunities for South African school-leavers”.

“We believe wage subsidies can create real, permanent employment for thousands of young people in South Africa,” the DA said.

South Africa is also planning to boost employment through the Expanded Public Works Programme, which has already provided jobs for thousands of people, albeit on a temporary basis.

The aim of the programme is to create 4.5-million short-term jobs between 2009 and 2014. Gordhan allocated R52-billion over the next three years to strengthen this programme.

“An additional R2.5-billion will go towards supporting labour-intensive projects in the social, non-state and environmental sectors, largely targeted at rural areas,” the minister added.

Turning to the recession, which led to 900 000 local workers being retrenched in 2009, Gordhan said: “Our people want action on jobs, growth and poverty. We must build a new common purpose so that we can use all of our talents, skills and resources to tackle our economic and social challenges.”

The economy shrank by an estimated 1.8% in 2009, after five years of strong growth.

“Household consumption expenditure will improve during the course of this year as confidence improves and household debt levels abate,” he added.

Consumer price inflation declined over the course of 2009 and is expected to remain at around 6% over the period ahead. “These are significant improvements in the economic outlook,” the minister announced.

Talking tax, Gordhan said that as a result of the deterioration in the South African economy, “we now expect to raise R69-billion less in tax this year than we budgeted”.

To boost revenue, government will introduce a 12-month amnesty period for non-compliant taxpayers. The Voluntary Disclosure Programme, to start in November, will enable tax evaders to “disclose and pay undeclared tax liabilities at a reduced interest charge and without penalties”.

Other significant announcements in the budget address included a R105-billion allocation for health over the next year, and a further R3-billion to broaden access to antiretroviral treatment – especially for HIV-positive woman and children co-infected with TB who have CD4 counts of less than 350.

“Presently, about 920 000 people are on antiretroviral treatment. The budget provides for the number to rise to 2.1-million in 2012/13,” Gordhan said.

Government will spend R89-billion on social welfare in 2010/11, with the state old age pension and disability grant rising by R70 to R1 080 a month from 1 March.

The child support grant, which has been extended to 18-year-olds, will increase to R250 a month. “The inclusion of about two million children … through the extension of grants up to 18 years … will radically push back the frontiers of poverty and improve the quality of life of millions,” the ANC said.