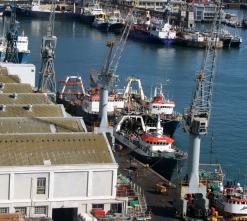 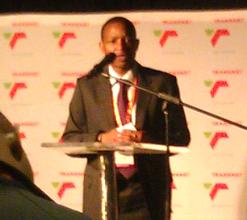 Transnet CEO Karl Socikwa says that the R300bn investment over the next seven years will allow the transport company to keep up with the needs of its customers.
(Image: Janine Erasmus)

African countries must boost trade amongst themselves in order to better grow their economies and infrastructure – this is the message from experts in the maritime industry, expressed at the Africa Ports and Harbours Show in Johannesburg.

The show, which runs until 29 June, is the 15th edition and is the continent’s only ports and harbours exhibition and conference. It attracts delegates from all over Africa and beyond, among them port operators, representatives from shipping companies and governments, and customers.

The event also includes the AfricaRail 2012 and Signalling and Train Control World 2012 conferences.

“We need to determine how best to leverage the opportunities presented by our oceans,” said Sobantu Tilayi, head of the South African Maritime Safety Association’s centre for shipping services, addressing attendees at the event.

South Africa, and Africa, shouldn’t be overly dependent on markets outside the continent for growth in their economies and maritime industries, he said, alluding to the current financial crisis in Europe which has had an impact, albeit moderate, on the volumes handled in South African ports.

“There is potential in Africa,” said Tilayi. “If we trade amongst ourselves, economies will pick up. The global maritime industry is currently structured against Africa – it’s geared mainly towards the export of minerals and largely ignores other sectors, and regional trade will even the scales.”

The CEO of Transnet’s National Ports Authority, Tau Morwe, said that ports are facilitators of trade, and that Africa is growing at a steady pace.

The ports authority was established in 2000, when Portnet, the port division of state-owned freight transport and logistics company Transnet, divided into two entities known as Transnet Port Terminals and the National Ports Authority.

“Regional port organisations need to get together as a bloc,” said Morwe, “and focus less on appeasing customers by competing to give the best rates, and more on development and working together.”

Morwe also said that instead of merely being a source of minerals for the rest of the world, Africa needs to develop into a world-class manufacturing zone in its own right. This development is happening on the continent, he said, but is limited to a handful of countries.

Keeping up with global growth

In order to accommodate the changes in the global shipping industry, said Morwe, South Africa needs to keep up.

“Ships are getting bigger,” he said, “and the challenge to African ports is to keep up. For instance, we have almost finished widening and deepening the entrance channel to Durban harbour so that the super-ships can come in.”

These infrastructural challenges, he said, are left over from the days of the former Afrikaner government, when there was little or no trade relationship with the rest of the region and no need to accommodate foreign ships.

“After 1994 we were faced with this lack of capacity,” he said, “but today we can’t blame those who are not here – we just have to get on with it.”

But in order to take full advantage of this potential increase in intra-African trade, the infrastructure must be up to the task.

The R300-billion (US$36-billion) MDS was announced by President Jacob Zuma in his State of the Nation speech earlier in 2012, as one of five focus areas in the government’s massive infrastructure development drive. The MDS will run until 2018/2019.

“Of this amount, R200-billion ($23.4-billion) is allocated to rail projects and the majority of the balance to projects in the ports,” said Zuma in his speech.

Of the tranche put aside for rail, R151-billion ($18-billion) is allocated to the general freight business, said Morwe. This is historically biased towards the transport and export of coal and iron ore, but there should be a greater focus on other products such as agricultural produce.

Transnet Port Terminals will get about R33-billion ($3.9-billion), some of which will be used to replace old equipment, with the majority going towards expansion.

“Our current capital programme involves a spend of R100-billion ($12-billion) over five years,” said Socikwa, “but the MDS will allow us to invest at the right level to cater for increasing demands from our customers.”

All of South Africa’s major ports will benefit from the scheme, he said. The country’s big ports each have their own specialisation in terms of the cargo they handle – Durban handles mainly containers, Cape Town handles containerised fruit, and Richards Bay handles bulk commodities.

Later in 2012, Durban’s Pier Two will take delivery of seven new tandem-lift ship-to-shore cranes, said Socikwa, which is a continental first and allows for the simultaneous lifting of two 12-metre containers or four six-metre containers. Maydon Wharf, also in Durban, is scheduled for new container handling equipment such as mobile cranes.

The capacity of the Eastern Cape’s Ngqura Container Terminal will be expanded from the current 800 000 TEUs to two-million TEUs by 2019, and Port Elizabeth’s manganese facility is to be moved to Ngqura because of the greater capacity available there.

A TEU is a 20-foot equivalent unit, and is a term used in the shipping industry to refer to capacity, based on the volume of a standard 20-foot, or six-metre container.

All of these investments, said Socikwa, will be carried out in a sustainable manner that doesn’t jeopardise the running of the business.

The MDS will also develop human capital and create many jobs, because people must be able to operate the new infrastructure to its full potential, and it will help substantially to bolster the country’s competitiveness regionally and internationally. 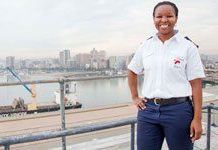 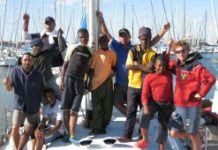 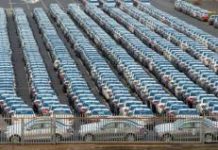