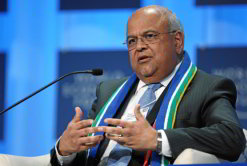 South Africa’s tax collecting institution, the South African Revenue Services (Sars) has set new records in tax collecting over the past year and has also been recognised as a leader in revenue collection in the world.

From an international perspective, Sars was named as one of the top 40 performing countries in a survey of 183 for the ease with which businesses can pay taxes in South Africa.

And on a local level, preliminary findings announced by Sars following the closing of the 2011 tax season shows an increase in the country’s tax base by 23% over last year.

The international survey Paying Taxes 2012 recorded the ease of paying taxes across a wide range of economies and was undertaken by global auditing firm PricewaterhouseCoopers (PWC) in partnership with the World Bank and the International Finance Corporation, a World Bank member company.

In the survey, South Africa ranks 36th in the world, comparing favourably with first world countries such as Sweden at 44, Australia at 52 and the US at 69.

Botswana was the best performing African country with a ranking of 25, while Zambia also did well, coming in at 42.

The survey measured all taxes and contributions payable by businesses as stipulated by governments. This applied to contributions on a federal, national or local level, for business- (such as VAT), labour- (social contributions such as pensions) or income-related taxes, and which have an impact on the company’s financial statements.

Rankings were based on three sub-indicators with each scoring 33.3%: the amount of time it takes to compile returns; the number of tax payments made per year; and the total tax rate. This latter indicator is the total tax liability of the firm as a percentage of profits after accounting for allowable deductions and exemptions.

Now in its seventh year, the study provides some interesting insights into trends in world economies, from the biggest, China (121), to some of the smallest economies such as the Maldives which ranked first. Venezuela came in at the bottom of the list.

Generally speaking, high-income economies fared better than low-income economies where the tax process tended to be burdensome and complicated. Yet, the survey notes that 60% of governments are embracing reform and are striving to make taxation easier in order to encourage economic growth.

Based on the actual results of the three indicators, a medium-sized company in South Africa makes nine tax payments per year, spends about two weeks compiling its taxes and has a tax burden of 33.1 % on its commercial profit.

The South African tax season for 2010/2011 closed on 25 November 2011, with Sars reporting an increase of 23 % in tax returns filed compared to the previous year. A total of 4.86-million returns were received.

Sars contributes much of its success to the introduction of its electronic tax return filing system, eFiling. This is proving to be the most popular method for paying taxes, and over 99 % of South Africans now use it. Sars introduced eFiling in 2007.

Electronic tax return systems are also growing in popularity globally, with an increase in the number of countries opting for this method in order to make it easier to pay taxes, the PWC survey found.

“The most common feature of tax reform this year was the introduction of electronic systems – 66 economies now have online filing and payment systems,” it notes.

“Some five million taxpayers submitted their returns on time. This is a fantastic achievement for a young democracy, and it begins to explain the extent of compliance that we have,” he said at the release of the preliminary outcomes of the tax season on 31 November.

In addition, eFiling is saving the country millions per year, money which is being spent on modernising the tax system, Gordhan added.

And it is not just the taxman that benefits from the improved collection process. Over 98% of tax assessments are now completed within 24 hours of receipt.

Faster turnaround times means faster refunds, as many happy tax payers realised when they received their refunds within 72 hours of filing their assessments. Sars improved its refund turnaround time by over 10%, year on year.