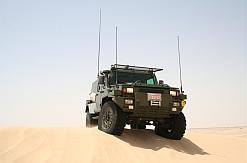 South African military vehicle manufacturer BAE Systems Land Systems SA has landed a contract for a further 60 armoured patrol vehicles with the Swedish Armed Forces. The deal is said to be worth around €18-million (R256-million).

The Swedish army has placed an order for another batch of RG32M mine-hardened patrol vehicles from Land Systems SA, in addition to the 200 units already exported to Sweden since 2001. The buyer has requested several modifications to components such as steering wheel, instrument panel and axles. It is hoped that delivery will begin in early 2010, after a period of testing.

The deal was struck after consideration of the RG32M against the US-manufactured Humvee. Swedish authorities rejected the American vehicle on the grounds that it was too small inside and not robust enough for the required level of cross-country performance.

Land Systems SA describes the RG32M as a 4×4 light armoured vehicle that accommodates a crew of five to seven individuals, and has a basic combat weight of about 7 300kg. The hull is solid steel and is able to protect the crew against attacks from grenades, small arms fire, and anti-personnel mines. It can also withstand landmine detonations under any wheel. Not only the crew but also the engine and other vital components are protected against damage from bullets or shrapnel.

Because the vehicle’s components are off-the-shelf items, it is a reliable and cost-effective security solution and can easily be maintained wherever in the world it is deployed. The versatile RG32M is used for a variety of command, liaison, scouting, patrol and peacekeeping purposes.

The United Nations is one of Land Systems SA’s clients, having bought 75 of the RG32M vehicles for use in Kosovo and another 20 for use in other regions. The vehicle has taken to the roads in troubled areas such as Mozambique, Israel, Georgia, Lebanon, Tajikistan and Burundi, earning itself a worthy reputation.

Land Systems SA has said that the additional RG32M order is a huge boost for the local arms industry. The company says the final unit of the initial order was delivered to Försvarets Materielverk (FMV), the Swedish Defence Materiel Administration. FMV is an independent civil authority that provides the Swedish Armed Forces with materiel, systems and methods. FMV also represents the government in international transactions.

BAE Land Systems SA says that during 2005 and 2006, the orders from the US and Swedish armies helped the company to achieve record growth, and helped bring in some R900-million worth of international sales. In recent years the company has also exported its products to Canada, Italy, the United Arab Emirates and the United Nations.

In July 2008 the company announced that it had secured an order worth R1.5-billion ($15-million) for 773 Mk5E vehicles, another variant of the RG31, for the US Marine Corps‘ Mine Resistant Ambush Protected Vehicle programme.

BAE Land Systems SA is responsible for the manufacture of other well-known protected vehicles such as the iKlwa (a Zulu stabbing spear named for the sound it makes when the weapon is withdrawn from flesh), the Casspir (an anagram of two acronyms, SAP [South African Police] and CSIR [Council for Scientific and Industrial Research]), the Ratel, the Rooikat, the Kwevoël, and the Mamba.

The last four are named respectively after the ferocious African honey badger (Mellivora capensis), the Caracal or African lynx (Caracal caracal), the Grey Lourie (Corythaixoides concolor), and one of Africa’s most feared snakes (Dendroaspis species).

South Africa is a pioneer in the design of mine-resistant armoured vehicles, as these were used while the apartheid regime was in power, to protect security forces against improvised explosive devices and landmines that were laid by insurgents.

The local branch of international defence and aerospace company BAE Systems is one of its six key markets around the world – BAE Systems also has operations in Australia, Saudi Arabia, Sweden, the UK and the US. Land Systems South Africa was established in 1996 and is 75% owned by BAE Systems, with the remaining 25% owned by the Black Economic Empowerment group DGD Technologies. 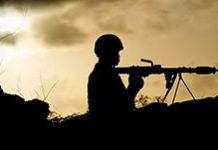 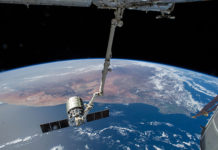 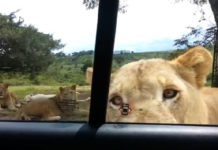 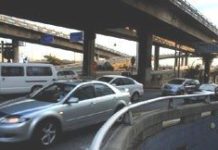