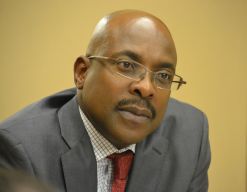 Brand South Africa chief executive, Miller Matola, said that health and education needs to be improved if the country is to be globally competitive.
(Image: Shamin Chibba) 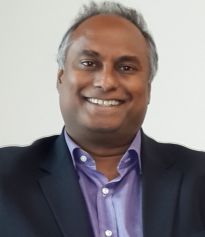 Held between 11-13 September in Dalian, China, the event provided delegates the opportunity to network with government leaders, business representatives, and civil society, and to position South Africa as a competitive, developed economy that offers investors good returns on investment.

The meeting, otherwise known as the Summer Davos, is the most important global business gathering in Asia. It brings together leaders from top multinational companies as well as key decision-makers from government, media, academia and civil society.

Jayendra Naidoo, executive chairman of J&J Group, an investment holding and management company, attended the meeting. He said: “It is a stimulating environment, with lots of cutting edge thinking. It is a blend of subject matter experts, talented leaders from all over the world, and excellent business leaders. It makes you feel optimistic about the world, recession or not – there are so many people doing lots of interesting things.”

This meeting follows the WEF’s release of the Global Competitiveness Report 2013-2014, which assesses the competitiveness of 148 economies, giving insight into their productivity and prosperity.

According to Brand South Africa chief executive, Miller Matola, who was one of the delegates, the most positive outcome was China’s announcement of their plan to open up their economy to the world, improve the environment of doing business and introduce some regulatory reforms, which would bode well for South Africa. “We would have to look at the specifics of those reforms to see what opportunities there are for us.”

Naidoo was hopeful that foreign investment in South Africa will improve in coming years. He added that the country has become more of an “investment launch pad” in the last five years, especially when it comes to trade with China. “Chinese companies seem to have identified South Africa as a good place to do business, and are setting up offices here.”

Earlier in September, South Africa’s top 10 value-added products and services for export to China, as well as the country’s top 10 investment areas that includes agro-processing, chemicals, and automotive steel and aluminium, were showcased at the Beijing Exhibition Centre. The event was the last of three South African expositions, the first of which was held in Xiamen, followed by one in Shanghai. According to deputy trade and industry minister, Elizabeth Thabethe, the expos were South Africa’s attempt to foster a more balanced and sustainable trade relationship with China.

SA’s competitiveness can be improved

According to the WEF’s 2013-2014 Global Competitiveness Report, South Africa dropped by just one position on the Global Competitiveness Index, coming out 53rd out of 148 countries. However, the index showed it has improved in four of the 12 pillars – institutions (41), goods and market efficiency (28), business sophistication (35) and innovation (39). It is the leader in five criteria including strength of auditing and reporting standards, efficacy of corporate boards, protection of minority shareholders’ interests, regulation of securities exchanges, and the legal rights index.

South Africa also made progress on the innovation pillar, improving by three positions to 39 this year. It is hoped this will be harnessed to drive the National Development Plan as the country’s blueprint for economic and social development by 2030.

But despite these positive statistics, Naidoo said the country is not always as competitive as it should be, mainly because it is not as fast at taking up opportunities. Instead South Africans ponder things too much and take too long to make decisions, he added. “The Chinese have a saying: ‘First do, then do better’. We do it right before we do.”

He also noted that to attract investors to the country, the health sector needs mending as businesspeople look for a healthy workforce. Matola referred to the United Nations Human Development Index for positive signs of a health sector on the mend. He said the country   improved upon its infant mortality rate and had significantly reduced the number of mother to child transmission of HIV/Aids.

He said plans are in place to develop more FET colleges that can enrol as many as 250 000 students. “Inequality will be reduced through improving our education.”

Matola agreed, saying that South African companies had realised the continent’s value years before the rest of the world did and are therefore leading the way when it comes to investment in Africa.

Innovation and entrepreneurship opportunities in Africa formed a large part of the discussions at the meeting, which Matola said was an indication of the continent’s importance in the global economy. “There is a huge focus on the continent. There is a strong realisation that Africa is the growth fountain.”