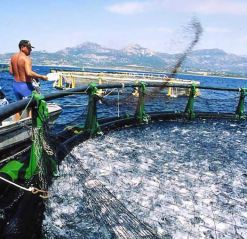 In 2011, South Africa produced 7 686 tons of fish and fish products through aquaculture; by comparison, Egypt produced 900 000 tonnes and Nigeria produced 200 000 tonnes; more than a quarter of South Africa’s production was of abalone. 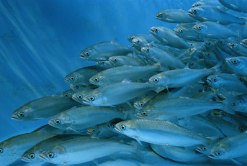 China is the global leader in the field, producing 70% of the world’s aquaculture.
(Images: AASA-Aqua)

The Department of Trade and Industry has launched an R800-million (US $86 500 000) aquaculture grant scheme in an effort to stimulate investment and create more jobs in the sector.

At the launch of the Aquaculture Development and Enhancement Programme (Adep), Trade and Industry Minister Rob Davies said the incentive initiative would target fish hatcheries, fish farms and the production, processing and preserving of aquaculture fish.

It would function as a reimbursement grant for pre-approved projects once they had been up and running for a year. It was launched in Cape Town on 28 March.

The programme would also offer a reimbursable cost-sharing grant of up to R40-million ($4 300 000) for equipment, infrastructure, commercial vehicles and workboats, and for activities that would boost competition in the industry.

Head of product development in the department, Tumelo Marivate, said the government would pay the grants as soon as the entities came into production. A total of R800-million had been set aside for the grant, in which four investors had already shown an interest.

Davies said there were enormous untapped opportunities in South Africa’s aquaculture industry. Abalone, mussels, oysters and freshwater fish were being farmed, but the pace of growth in the industry had been slow.

“There’s been a major change globally in the production and consumption of aquatic products. Nearly half of the total fish products produced in the world now comes from aquaculture. It’s driven by the reality that world fish stocks are being grossly depleted,” he stressed.

Moreover, South Africa produced less than 1% of Africa’s output. The industry in South Africa was in its infancy, and production volumes were very low, even compared to its continental peers. Egypt and Nigeria lead the Africa pack in the sector.

In 2011, South Africa produced 7 686 tons of fish and fish products through aquaculture; by comparison, Egypt produced 900 000 tons and Nigeria produced 200 000 tons. More than a quarter of South Africa’s production was of abalone.

Adep is aimed at creating and sustaining jobs, increasing production, expanding participation by broad-based black economic-empowerment (BBBEE) companies, and encouraging companies to set up farms in different areas of the country.

Davies challenged the sector to push its production rate up to 50 000 tons a year, as the shift from ocean fishing to aquaculture had been significant. “We are right at the bottom of the curve and we need to move rapidly in the next few years. The growth could be dramatic,” he emphasized.

The government, he added, would incentivise and support companies and investors in taking the risks. He also called on people to grasp the opportunity and said additional advantages would be offered to companies investing in industrial development zones (IDZs).

Davies pointed out that an “interesting” project had been launched at the East London IDZ, where kabeljou (or silver cob) was being cultivated. Similar projects could be launched at the Saldanha Bay IDZ. “The East London IDZ has over the years played a significant role in the aquaculture sector. Given enough resources and investments, we can multiply the work in other parts of the country.

“Clearly there are enormous opportunities in terms of the production of protein, the development for export activities, the creation of employment and the development of skills in aquaculture,” Davies added.

According to the Department of Agriculture, Fisheries and Forestry, aquaculture has long been identified as a critical industry, given the popularity of its produce and the declining fish harvests worldwide. In South Africa, aquaculture has been identified as a key industry for promotion, consisting mainly of freshwater species such as crocodile, trout, catfish, tilapia and ornamental fish as well as marine species such as abalone, prawn, oyster and mussel.

Most of South Africa’s aquaculture farms are in Western Cape Province. In 2010, there were 20 farms in Western Cape, nine in Eastern Cape, three in Northern Cape and one KwaZulu-Natal. Trout is the most cultured freshwater species in South Africa, with rainbow trout producing nearly 1 000 tons. But the Department of Trade and Industry says trout faces stiff competition from salmon imported from Scotland and Norway, much of which is subsidised.

China is the global leader in the field, producing 70% of the world’s aquaculture.