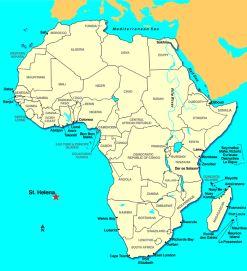 South African construction company Basil
Read has won a R2.7-billion contract from
the UK government to design, build and
operate an airport on the South Atlantic
Ocean island of St Helena, one of the
world’s most remote locations.
(Image: vacationstogo.com) 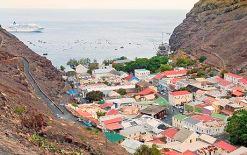 Jamestown is the capital and port
of Saint Helena.
(Image: Alamay)

South African construction company Basil Read has been awarded a R2.7-billion (US$353-million) contract to design, construct and operate an airport on the South Atlantic Ocean island of St Helena, one of the world’s most remote locations.

The project is funded by the UK government’s Department for International Development.

For a local company to win a contract of this scale is a major feat for the South African construction industry.

“Basil Read is pleased and privileged to be involved in such a prestigious project that will change the future for St Helena and its people,” says Basil Read’s Jimmy Johnston, project director for the St Helena Airport project.

St Helena Island is located in the South Atlantic Ocean, about 2 000km from Walvis Bay west of Africa and is home to a small population of about 4 000 people. For many years the island’s single means to connect with the outside world has been the RMS St Helena, the only regular ship to call at the island.

Economic development of the island

The UK government considers the airport an important project to support the economic development of the island. The community of St Helena has no internal resources or industry to support its economy.

The airport is also expected to boost tourism and make it possible for residents to earn a better income. This would help to reduce the number of people who leave St Helena to seek work in Britain.

The British government has been providing extensive financial support to the island, the majority of which is spent on maintaining and operating the RMS St Helena ship.

The design phase of the project is already underway and construction is expected to take place over four years.

The project includes the construction of a airport building; an air traffic control tower; a 14km access road; support infrastructure and a 1.85km concrete runway, taxiway and apron that can accommodate aircraft as big as an Airbus A320 and a Boeing 737-800. A six-million litre bulk fuel facility will also be constructed.

According to Basil Read, there is also a possiblity that permanent wharf could be constructed.

Once construction is complete, the operations phase of the airport contract will continue in partnership with Lanseria Airport in Gauteng for a period of 10 years.

The estimated value of this contract is R450-million ($58.7-million) and will include general maintenance of the airport facility.

Working on a project of this kind requires considerable expertise.

“The ability to manage, design and construct a project of this nature requires excellent planning and logistics due to the remoteness of the project,” Johnston says.

All materials except rock, sand and water will have to be imported.

“The closest port would be Walvis Bay in Namibia and we will be operating our own cargo vessel to and from the island on a regular basis,” he says. “Materials will be sourced from Namibia and South Africa with some specialist equipment from Europe.”

At peak construction, about 300 people will be employed on site and most of the management expertise would be derived from South Africa.

Basil Read has indicated that it will employ as many locals as possible in the building and the operation of the facility.

The company also has offices in Peru and Australia.