Research into perceptions of South Africa in the rest of Africa found nation brand reputational strengths in culture, music, business sophistication, infrastructure and political management of democratic transitions. But South Africans were also perceived as imposing and aggressive. 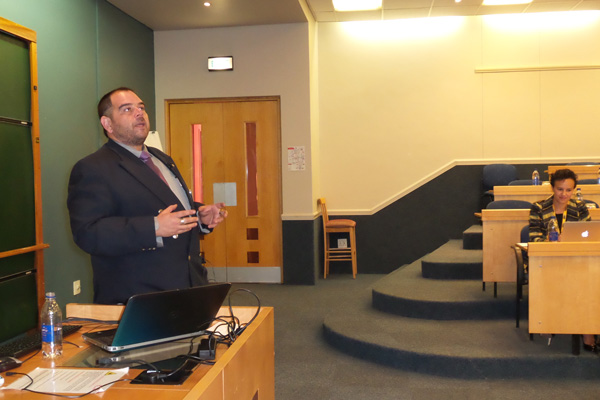 • How much do you know about the ocean?
• Disabled South Africans: know your rights – Infographic
• Frank and honest: the Women On Sex web series
• Enactus promotes entrepreneurship, innovation
• Sandton goes car-free for a month

There are mixed perceptions of South Africa in other African countries, according to South Africa Incorporated, or SA Inc, which aims to uncover unique insights to help Brand South Africa to understand the environment in which it operates.

The project was created by Brand South Africa as part of its Africa Programme in order to uncover what local businesses face when they trade with and invest in peer countries on the rest of the continent, and when they travel to and live in other African countries.

Results of the project were unpacked at research dialogue hosted by Brand South Africa and held at the Gordon Institute for Business Science in Illovo, northern Johannesburg, earlier in the week. The dialogue dissected South Africa’s brand on the continent and its various implications.

SA Inc fieldwork was undertaken in 2014/15 in Kenya, Nigeria and Ghana, as well as Angola, Democratic Republic of Congo, Senegal and Russia in the 2015/16 cycle. One of the insights gained was that perceptions of South Africa and its people could hinder or advance the country’s business progress in the rest of Africa.

For example, initial findings indicated personal interactions in business, social and government settings often left the impression among hosts in other African countries that South Africans were pushy, imposing and unwilling to listen to the authentic advice of locals and industry experts, said Petrus de Kock, research manager at Brand South Africa.

The country’s National Development Plan, or Vision 2030, which sets out the vision for South Africa, posits expanded trade between South Africa and its peer African countries as a key long-term objective.

SOUTH AFRICA AND ITS PEERS

According to SA Inc, in Nigeria, from a reputational point of view, South Africa has a major influence on several fronts:

In Kenya, from a reputational point of view, South Africa has a major influence on two fronts:

FINDINGS ON SOUTH AFRICA’S FOOTPRINT IN KENYA AND NIGERIA

Uncovering outside perceptions of a nation is key to effectively marketing its brand, particularly for encouraging trade and investment. In July and August 2014, Brand South Africa researchers conducted fieldwork in Kenya and Nigeria to assess those countries’ views of South Africa and its people.

It was found that Kenyans largely considered South Africans to be imposing and aggressive.

“However, at the opposite end, the country and its people’s general openness is ascribed to an appealing culture and high-level accomplishments in several spheres,” De Kock said. “For example, our political transition and democratisation; the capabilities and range of sectors in the South African economy; South African technical, managerial, manufacturing, engineering, and a host of related practical capabilities – these all impact positively on perceptions of the nation brand.”

In Kenya, there was a positive reception for South African products and services, mostly in the food sector, as they were competitively priced and of high quality. According to the SA Inc report, these perceptions stem from comments about how South African managers conduct themselves and treat Kenyans. This affects the reputation of South Africa and South African businesses in Kenya.

On the other hand, South African companies’ perceptions of doing business in Kenya were characterised by wariness, a result of several failed attempts to invest in the nation.

Perceptions of business and economic ties in Nigeria concluded that while South Africa had significant and diverse investments across a range of sectors in that country, Nigerian business people felt South Africa should be more open to investment from, and trade interaction with, Nigerian companies.

On the negative side, South Africans are perceived as imposing, aggressive, and unwilling to listen to local advice.

“From a business perspective it implies that more attention needs to be paid to the manner in which South Africans interact with African peers, and how market entry strategies are designed by incorporating soft factors such as business culture,” De Kock said.

From a political point of view, South Africa is seen as progressive, that it has strong institutions, and democratic credentials to underpin its Constitution. However, internal developmental challenges, xenophobia, and misplaced perceptions about African expatriates in South Africa is a cause for concern in Kenya and Nigeria.

Brand South Africa shared a research report, The Ufa Declaration, and its implications for the BRICS brand.

Most importantly, the report highlights the successes of BRICS in terms of implementing summit decisions, and the implications increased formalisation and institutionalisation has for the development of the organisation.

This is an issue very few analysts have written about, especially in the context of how the development of the organisation is reflecting positively on the global governance capability of the five member states.