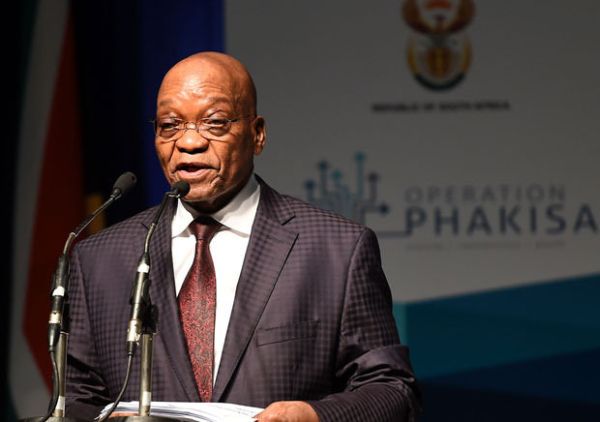 ”We hope to have a draft Oceans Bill ready in 2015. The Oceans Act will provide a clear foundation for marine spatial planning,” President Jacob Zuma told a Durban audience

Economic activity in the marine sector contributed R54-billion ($4.9-billion) and approximately 316 000 jobs to the South African economy in 2010. That is a drop in the ocean of possible benefits that the country, and Africa, can reap from the sea. A new study based on the government’s Operation Phakisa protocols hopes to map out channels that will navigate the choppy waters between planning and implementation and grow South Africa’s blue economy.

The country could soon have its own national shipping company and could become oil and energy independent if the estimated nine billion barrels of oil and 11 billion barrels of shale gas do actually lie beneath the waves of South Africa’s territorial waters. Other commercial channels in the blue economy stream could add a million jobs and R150-billion to the gross domestic product (GDP).

At a press conference in Durban, President Jacob Zuma laid out the government’s plan to utilise the economic potential of the country’s oceans to grow the economy by at least 5% by 2019. A working group made up economists, maritime lawyers, businessmen and civil servants doing research under the Operation Phakisa umbrella identified opportunities in the fields of aquaculture, ship building and maintenance, and fishing. 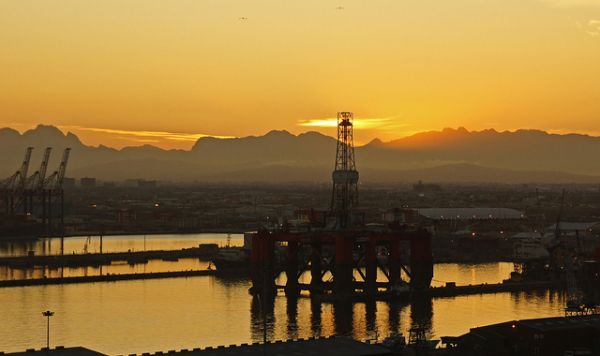 Of the eighty oil rigs estimated to be in the range of the Western Cape, only four rigs are serviced per year, showing significant potential for growth.

Outlining opportunities to which the group drew attention, the president said: “The teams have highlighted a concern that South Africa currently has no registered ships. This is in spite of the fact that each year 300 million tons of cargo move through our ports in imports and exports. In addition, 1.2 million tons of liquid fuels move along our coast, while the rapidly expanding offshore oil and gas activities require a supporting fleet of vessels.”

South Africa is a land of opportunity, with abundant natural resources and a labour pool large enough to increase GDP growth to match the development figures of its partners to the north. Strategies have been formulated but plans have fallen, hobbled by a failure to successfully implement them.

The task Zuma set the research group in July 2013 was not how to utilise South Africa’s marine riches; instead, they were tasked with drawing up ways to use the government’s Phakisa protocols to successfully implement policies aligned to the National Development Plan (NDP). Operation Phakisa Ocean Economy is the first of an ongoing series of research initiatives. Another, the Health Economy programme, has just begun and will test the viability of the Ministry of Health’s Ideal Clinic initiative.

The Operation Phakisa labs will be used to means test NDP programmes for effectiveness. Based on the Malaysian government’s Big Fast Results method of tracking delivery, the operation is designed to give the government real-time information on the effectiveness of NDP programmes. Real-time results mean the government can implement immediate changes and end wasteful expenditure. With clearly defined targets, well-defined direction and faultless allocation of resources, the government hopes to encourage buy-in to the NDP from public and private spheres.

Operation Phakisa breaks initiatives down to their smallest components to test their effectiveness in the real world. It is what Malaysia calls the “three-foot level”. Governments tend to plan big – the 30 000 foot level – but for those programmes to succeed you need a three-foot plan: namely, Operation Phakisa.

Globally, the idea of the oceans as a source of development rather than a dumping ground has taken hold. Developed economies have formulated environmental strategies that allow them to sustainably exploit their marine resources. Following that example, South Africa will begin to develop environmental standards for off-shore exploration and exploitation. 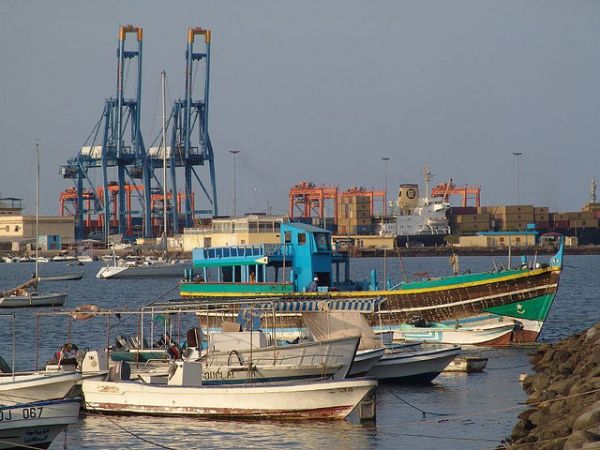 The “blue economy” concept, whereby oceans are seen as opportunities for development that require co-ordinated planning to preserve and sustain that development, has been pushed by the Small Island Developing States group of nations. In the Southern African Development Community region, The Seychelles has been the torch bearer of the idea. The Indian Ocean island nation loses up to $40-million a year to the 30 000 foreign trawlers that exploit its waters. It is unable to utilise this natural resource to develop its economy because it does not have the resources to float its own commercial fishing fleet.

African Development Bank forums have made it easier for African governments to discuss mutual co-operation in building interconnected blue economies. In the eyes of Donal Kaberuka, the president of the bank, Africans deserve to benefit from Africa’s resources. At the recent African Development Banks 2014 Annual Meeting, The Seychelles called for co-operation with other African countries so that it was the continent that benefitted from its natural resources.

Former minister in the presidency Trevor Manuel underscored that the benefits of co-operation would spread beyond Africa’s coastal nations. “The inability of African countries to work together on this issue is what continues to hinder meaningful development and allows others to benefit from Africa’s resources. The benefits of co-operation are not limited to coastal countries; the benefits are spread to neighbouring landlocked countries that rely on these ports for export and trade.”

Overfishing is an immediate and growing concern for coastal African nations. For 30% of Africa’s population, about 200 million people, fish is the main and cheapest source of protein. Over the next 20 years that population will double and without the shepherding of fish stocks, hunger will become a bigger problem than it is now.