Building South Africa’s reputation in Africa will take effort from business and the government, as well as all South Africans, a research seminar on the nation’s reputation hears. While South African businesses were respected in other African countries, South Africans were at times perceived as imposing and aggressive. 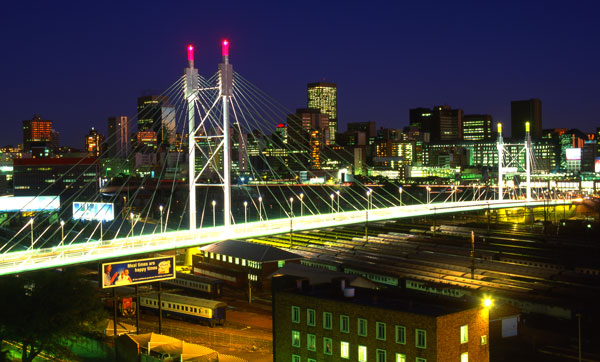 A large part of South Africa’s reputation in Africa is hinged on how well government, business and civil society can work together. It is also up to each and every South African to portray the country favourably. (Image: Gauteng Film Commission)

• African Market entry strategy – learning to listen & listening to learn
• Angola and the need for cultural competence
• SA Inc Fieldwork Research – perspectives on South Africa’s reputation on the African continent
• South Africa gets a mixed reaction in Africa
• Be bold, keep it real, make it quick: a lesson from Nollywood

For South Africa to place a firm foot in Africa, the government needs to co-operate more with businesses looking to spread across the continent and build stronger diplomatic relations with other African countries.

These were some of the ideas shared at a Brand South Africa research seminar on South Africa’s reputation held at the University of Johannesburg on Wednesday, 16 March 2016. Hosted in partnership with the South African Research Chairs Initiative (SARChI) Chair in African Diplomacy and Foreign Policy, the event was led by a lively discussion among members of government, academia and the private sector and uncovered details of the country’s impact on the African continent.

Brand South Africa’s general manager of research, Dr. Petrus de Kock, based his presentation on findings from Brand SA’s SA Inc. research project. Since 2014, De Kock and his team of researchers have visited six African countries – Kenya, Nigeria, Ghana, Senegal, the Democratic Republic of Congo and Angola – to get a sense of what the rest of Africa thinks of South Africa across a number of sectors, from arts and culture to business and politics.

Read the full presentation: The impact, profile and reputation of South Africa on the African continent.

De Kock began with some highlights on South Africa’s performance taken from an EY study which found that the country was, among others, the second largest source of foreign direct investment into Africa and that it was the leading intra-regional investor in the financial services sector. 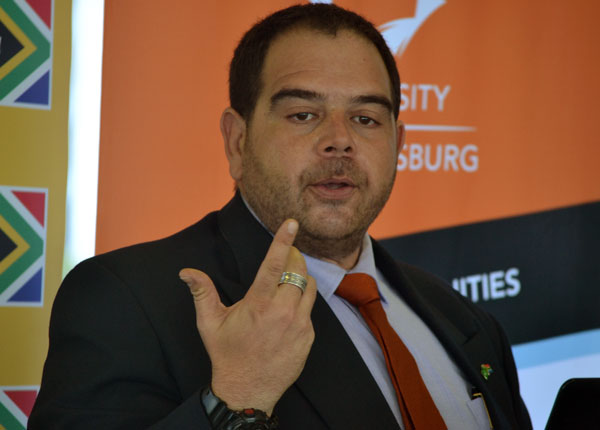 Brand SA’s own research shows that South Africa is admired for its seamless transition to democracy and its strong institutions. Other African countries have also taken a liking to its culture and music. “We are seen as a magnet of creative activity,” said De Kock.

At the same time, South Africa is seen as losing its competitive edge, and its people are at times perceived as imposing and aggressive. In some cases, experts also believed that South African companies were losing to local competition because they entered foreign markets poorly prepared and with “know it all” attitudes.

De Kock suggested that businesses should do their homework before entering a foreign market. This should go beyond employing the services of large consulting companies, such as EY and PWC, to include consultations with the South African embassies, local legal experts, and perhaps most importantly, spending time in the market. This was particularly relevant when it came to entering markets such as Angola, since the two countries shared a difficult, somewhat ‘bi-polar’ history. He said South African businesses looking to enter Angola should first understand the country’s political and administrative context and invest enough time and money in preparing the ground prior to establishing their businesses.

South African businesses were also highly visible and respected, particularly in Nigeria where there were more than 150 companies, he added.

However, Professor Chris Landsberg of the SARChI Chair in African Diplomacy, does not think that this is an entirely good thing. “South Africa hits you in the face when you visit other SADC countries. It’s like I’ve left South Africa but never really left it. South African corporations must be a little more sensitive to other African regions.”

Landsberg believes South Africa can achieve a “tremendous amount through soft power and diplomacy”. Persuasion, rather than force, he said, would help South Africa gain ground on the continent.

More tellingly, Landsberg said the South African government had unlearned how to co-operate with the private sector and civil society at home. There was a perception that South African companies were running to other African countries so that they could run away from the challenges at home.

Building relations with the businesses entering the rest of Africa would only help to bolster the nation’s reputation abroad, he said. “We need to export positive examples of South Africa because our image and reputation is at stake.”