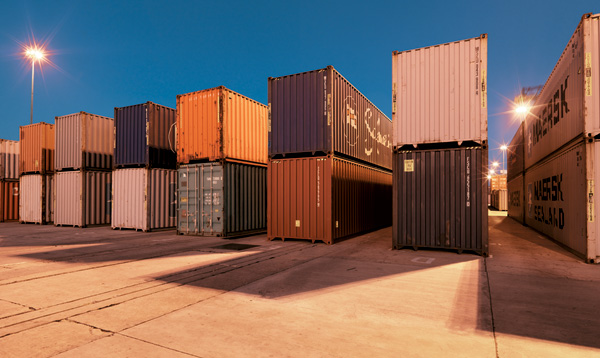 Team South Africa will join the World Economic Forum’s (WEF) annual meeting in Davos, Switzerland, with a compelling argument to sell the country as an attractive investment destination.

A sign that the South African economy is on the up is the positive growth international economists have forecast for 2014. In its Global Economic Prospects report released on Wednesday 15 January, the World Bank predicts a growth rate of 2.7%, an improvement on last year’s 2%. The International Monetary Fund is even more optimistic: its World Economic Outlook report for 2014 expects South Africa’s growth rate to reach 3.3%.

Matthew Sharrat, chief economist at Bank of America Merrill Lynch South Africa, is also more hopeful than the World Bank, saying economic growth could reach 2.9%. At a briefing held in Johannesburg on 16 January, he said the increase was in anticipation of a rise in exports to Europe, the US and China. This would generate as many as 280 000 new jobs a year. However, a Daily Maverick report said this was not enough to reduce the unemployment rate of 24%. For unemployment to drop to the government’s goal of 10%, economists believe a sustained growth of 5% a year is needed.

The World Bank says the slight increase in growth is because the American Federal Reserve is narrowing its asset purchases, which could lead to a rise in base interest rates. And with South Africa heavily tied to global financial markets, it points out that the country is “particularly vulnerable to sudden stops of capital”. Despite this, the bank predicts that in 2015, South Africa’s economic growth rate will rise to 3.4%.

At the first Brics Business Council, held in August 2013, Trade and Industry Minister Rob Davies described the Brics nations – Brazil, Russia, India, China and South Africa – as places of growth. It is not an unwarranted claim: the grouping accounts for one-fifth of the global gross domestic product, estimated at US$13.7-trillion (R149-trillion).

In 2012, the five nations made up about 11% of global annual foreign direct investment flows, with a value of $465-billion. And its foreign reserves combined are worth an estimated $4-trillion. While the member nations collectively make up 43% of the world’s population, 53.3% of its people are economically active.

According to the WEF 2013-2014 Global Competitiveness Report, South Africa outperforms its Brics peers in a number of major competitive pillars, including institutions, goods market efficiency and financial market development. When it comes to innovation and sophistication factors, it is second only to China. South Africa’s trade with Brics partners grew from 6.2% in 2005 to 16.8% in 2011. By 2012, the country’s trade with Brics had grown tenfold from $3.2-billion to $37-billion. And the one nation that has increased its presence markedly in South Africa is China.

The executive chairman of J&J Group, Jayendra Naidoo, said that in the last five years the country had been viewed as an “investment launch pad” for those wanting to do business in Africa. This was particularly evident when it came to fellow Brics member China. “Chinese companies seem to have identified South Africa as a good place to do business, and are setting up offices here.” J&J Group is an investment holding and management company.

Indeed, the UN Conference on Trade and Development stated that trade between China and Africa had increased tenfold since 2000 to just under $170-billion (R1.85-trillion) in 2012. That is more than twice the dealings between the US and Africa, something the Americans will have to be concerned about if they are to keep a firm hold on trade on the continent.

But before South Africa can think about trade with major foreign powers, it needs to improve trade among its neighbours. It is driving integration among African countries, according to Brand South Africa chief executive, Miller Matola. This is because the country has created an open environment for business, which will allow goods and people to flow across borders more freely.

The Department of Trade and Industry is also leading talks of integrating the three regional trade blocs of the Southern African Development Community, the Common Market for Eastern and Southern Africa, and the East African Community. Combined, these three regions consist of 26 countries.

Stanley Subramoney, the chairman of the Nepad Business Foundation, suggested that poor road and rail networks between major African cities needed to be improved if trade was to flourish on the continent. “The infrastructure is designed mostly for trade outside of the continent and is not built for intra-African business.”

He added that the projected infrastructure deficit from now until 2040 was approximately $93-billion a year. And though Africa was spending about $48-billion on infrastructure annually, Subramoney said inefficient authorities who managed the trade corridors cost the continent as much as $17-billion.

In the WEF 2013-2014 Global Competitiveness Report, South Africa has dropped one place to 53rd out of 148 countries. However, the index shows it has improved in four of the 12 pillars – institutions (41), goods and market efficiency (28), business sophistication (35), and innovation (39).

It is also the global leader in five criteria, namely: strength of auditing and reporting standards, efficacy of corporate boards, protection of minority shareholders’ interests, regulation of securities exchanges, and the legal rights index. The country has also progressed on the innovation pillar by three positions, finishing in 39th place. It is hoped this will be harnessed to drive the National Development Plan as the country’s blueprint for economic and social development by 2030.

Matola said that to be more competitive, South Africa needed to focus on further improving innovation and introduce entrepreneurship as a viable career choice for young adults.

He also noted that to attract investors to the country, the health sector needed fixing as businesspeople looked for a healthy workforce. Matola referred to the United Nations’ Human Development Index for positive signs of a health sector on the mend. The country had improved on its infant mortality rate and had significantly reduced the incidence of mother-to-child transmission of HIV/Aids.