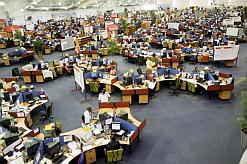 The eyes of the global services trade industry are on South Africa in November, as the country hosts the annual Service Exporter Network conference – the first time the gathering has taken place outside Europe. The high-profile conference is held under the aegis of the Geneva-based International Trade Centre (ITC) and is regarded as a major coup for South Africa.

South Africa’s national Department of Trade and Industry and the City of Johannesburg are hosting the conference in conjunction with the ITC. Additional support will be provided by South Africa’s International Marketing Council, the organisation tasked with creating and promoting a positive brand image for South Africa, and Johannesburg Tourism.

The ITC facilitates small business export success in developing markets by working with its partners to provide sustainable trade development solutions in the private sector as well as with policymakers and trade support institutions. The ITC is a specialised joint agency of the World Trade Organisation and the United Nations under its Conference on Trade and Development.

With its focus on businesses, trade support organisations and policymakers, the ITC takes the three-pronged approach of strengthening the international competitiveness of businesses, developing the capacity of service trade providers to support those businesses, and supporting policymakers in integrating the business sector into the global economy.

The invitation-only 2008 meeting and conference will bring together political, trade and business leaders from around the world to formulate ways of boosting African participation in the global services industry. Trade organisations from 40 countries across Africa, Asia, Europe, the Middle East and Central and South America will be represented, and will get the opportunity to sample South Africa’s capable and competitive services.

Emmanuel Barreto, Senior Advisor on Trade in Services at the ITC, says the event is a golden opportunity for South Africa. “All participants in this event have a common purpose – to promote and understand service exports. This provides South Africa with a unique opportunity to position its services sector in the minds of these influential individuals and to give companies the opportunity to showcase their skills and service offerings.”

The foreign attendees represent more than 1-million international services companies with a combined revenue of more than R9.7-trillion ($1-trillion).

The Service Exporter Network is managed by the ITC’s Trade in Services programme, which assists developing economies and those in transition to increase trade flow in the services sectors by becoming more internationally competitive. Its annual meeting and conference aims to foster innovation, forge networks and provide a platform for its members to share services trading expertise.

As such the event is an important platform for South Africa’s burgeoning services sector, which has been identified as one of the fastest growing sectors of the local economy. The South African Reserve Bank has reported services sector growth of 56% between 2002 and 2006, and abroad the sector accounts for 33% of employment and almost 20% of trade globally.

Since 2000 the global services sector has grown at about 10% annually, which is attributed mainly to technological innovation, such as faster, cheaper telecommunications and lower-cost travel, which makes it easier to market to and reach new customers.

South Africa was chosen to host the meeting because of the as-yet untapped potential of its services sector, which ranges from tourism, education and training to construction and ICT outsourcing. These services account for a full 70% of the country’s GDP.

South Africa has many commercial structures in place to support the emerging market, such as well developed and highly regarded financial, advertising, legal, communications, education and transport industries. The country also boasts modern infrastructure, which is undergoing extensive upgrading ahead of the 2010 Fifa World Cup.

The ITC says that while services are important in their own right, they also provide the essential backbone for all trade. Quality education, transport and logistics, finance and telecommunications services boost the competitiveness of producers. However, while goods are tangible, services are intangible, which often provides a challenge for developing countries to build services credibility in international markets.

The ITC’s Barreto says that the Services Exporter Network helps to overcome this barrier by building bridges between trade support institutions from developing countries so that they may share knowledge, establish a rapport and develop their reputations. “It helps people – even the poorest of the poor – to trade in services,” he says.

The ITC strongly encourages trade in services, as there are a number of economic benefits to the process. It helps to create jobs for skilled workers as well as those not involved in traditional export of goods, such as women entrepreneurs or the disabled. A number of service opportunities, such as consulting, need low capital investment and can be delivered online – these firms also tend to be environmentally friendly. In addition, an online presence means that jobs can be created and sustained in outlying regions, easing the pressure on urban areas.