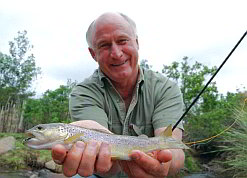 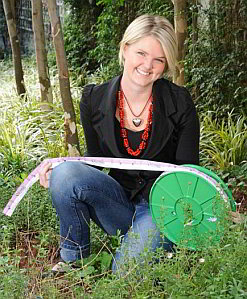 Claire Reid with her garden on a reel.
(Image: Reel Gardening)

Six South African entrepreneurs and development organisations have received international recognition for their contribution to building a viable green economy.

The SEED Initiative, a UN Environmental Programme (UNEP) project, has rewarded six South African businesses and development projects, that have proved they’re paying more than just lip service to sustainable development and social and economic upliftment, in its 2010 awards programme.

The SEED Initiative is a global network that identifies projects and businesses that have innovative, entrepreneurial approaches to sustainable development.

It was founded in 2002 by UNEP, the UN Development Programme (UNDP) and the International Union for Conservation of Nature (IUCN) to realise the objectives of the Johannesburg World Summit on Sustainable Development and the Millennium Development Goals.

The SEED Initiative will host an awards ceremony for all the winners, in their home countries. The programme does not offer a money prize, but gives each winner access to business services as well as the opportunity to network and build relationships with new partners. The international exposure and publicity is priceless.

Winners also receive business support, based on the specific needs of each project. This includes access to technical expertise and knowledge, finding new sources of finance and the development of business plans.

This focus was part of a larger project connected to UNEP’s Green Economy Initiative and was funded mainly by the European Union.

The 2010 Seed Awards received applications from about 60 countries, and overall, there were 30 global winners.

UNEP Executive Director Achim Steiner said in a statement that the winners “exemplify the strong spirit of entrepreneurship in the developing world and its significance in creating a green economy”.

The majority of entries were in the agriculture and rural development sector. However, there was a strong focus on projects dealing with climate change and energy, the conservation of biodiversity, and waste management. A panel of independent international experts selected the winners.

Pride of the country

The South African winners were selected from a large variety of entrants, but what they all have in common are business models that prioritise improved livelihoods, address poverty and marginalisation, and focus on sustainable natural resources management.

The IziWasha hand-held clothes washing device was developed by a South African engineer for people who live in low-income communities and are unable to afford automatic washing machines.

“The IziWasha is filling a need that has been ignored and many companies have not seen this as a priority market,” says Rebecca Harrison, CEO of IziWasha Ltd.

The device is made from plastic, is fully portable and doesn’t require any running water or electricity to work. Harrison says that the product can make a major difference to the lives of women who have large families and spend many hours washing clothes by hand.

“It is physically demanding and time consuming to hand wash clothes. Women also often complain of backache,” she says.

The IziWasha is also good for the environment, as a user will no longer have to wash their clothes in rivers. This will reduce water pollution and increase river water quality. The appliance comes with easy to understand operating instructions and guidelines to safely dispose of washing water.

“We’ve done some market research in communities and the response to the product has been very positive. People see a lot of value in it,” says Harrison.

IziWasha is planning to launch the product to the general market in the second quarter of 2011.

Claire Reid, the brain behind Reel Gardening, never thought that a school science project would turn into a viable business concept. “I realised that cultivating a vegetable garden is time consuming, and it is expensive to buy fertiliser and seed – just to find that the seeds don’t germinate,” Reid says.

She developed pre-fertilised seed strips that contain seeds and all the other ingredients needed to plant vegetables. Besides watering, minimal input is needed. The strips carry all the instructions to grow vegetables successfully. The correct depth at which the seeds should be planted is indicated with a coloured line and the seeds are even placed at the correct distance apart from one another inside the strips. The fertiliser soaks up the water and forms a gel, ensuring that the seeds remain moist and germination is more successful, while the paper casing prevents birds from eating the seeds out of the soil. Once the biodegradable paper capsule has served its purpose, it will decompose and become compost for the soil.

Each strip is also colour coded for easy identification of vegetables: for example, tomato is red and beetroot is purple. The paper strip is 3.5cm wide and is purchased in metre lengths.

The seed strips come with instructions in English, Afrikaans, isiZulu, Sesotho, Sepedi, Setswana and isiXhosa. Visual instructions are also printed. The instructions are easy to understand and the product is suitable for any age, from young children to the elderly. “Children love it because the strips are so colourful,” she says.

She hopes that the product will encourage more South Africans, including schools, clinics, community centres, churches and rural communities, to cultivate their own food gardens. In doing this, everyone will have a constant source of nutritious vegetables.

“You also don’t need large areas of land – if you live in the city, a small patio garden or balcony is all you need,” she says.

The manufacturing hub for the seed strips is based in Illovo in Johannesburg and Reid works with 12 previously unemployed moms, who hand package each seed strip. At the moment 10 vegetables are packaged, but in the future she wants to expand the product line to include flowers and herbs.

Even before the SEED award, her invention attracted much attention. The Department of Water Affairs and Forestry nominated the reel gardening product for the South African Junior Water Prize as it reduces water wastage by 80%. Reid went on to win this prize, and also scooped the Woman of the Year Award in the Water for Scientific Research “below the age of 35” category. She was nominated for the Shoprite Checkers Woman of the Year in Science and Technology, where she came in the top three.

The Amatola Wild Trout Fishery is South Africa’s first recreational fly fishery owned, managed and operated by a local community. It is also the only business in the Eastern Cape to receive a 2010 SEED Award.

It didn’t take long for Amatola to get noticed. Members of the Cata Village, the Border Rural Committee (BRC) and experts from the Rhodes University Department of Ichthyology and Fisheries Science (DIFS) started working on the project only about a year ago.

Ashley Westaway, a BRC fieldworker, says that when the idea for the project first came about, recreational fishing and tourism were identified as two sectors with potential in the area. “The Northern Keiskammahoek area, where the project is located, has a good river and dam network,” Westaway says.

The Rhodes University DIFS conducted feasibility studies and the findings were positive. Westaway says that the project’s sustainable model for eco-friendly community upliftment put it in the running for a SEED award.  “It strikes a good balance between the environment, social and economic elements. The project is strong in all the components that the judges were looking for.”

He anticipates that the fishery will become a well-known tourism destination for recreational fly-fisherman. “The trout we have here is wild and for fisherman, this is very attractive as it gives them more credit in fishing circles,” he says. The area is home to both brown and rainbow trout, which is also a drawcard for fisherman.

Qurban Rouhani, DIFS programme manager, says rainbow and brown trout were not indigenous to South Africa, but both species were successfully introduced to the Cata area in the early 1900s. The area has major fishing potential, but it was never developed after the area was expropriated for inclusion in the former Ciskei homeland.

The project will run a strict “catch-and-release” system, instead of restocking fish from time to time. Although trout in this area have well-established breeding populations, this policy will help protect indigenous fish species such as the endangered border barb.

“The area has so much to offer and the terrain is absolutely magnificent with indigenous forests and a variety of bird life,” Westaway says.

Onsite accommodation chalets are also available and have been operational since 2008. As more people visit the area, marginalised communities in the Keiskammahoek area can benefit from much-needed skills training and job creation. “We hope that the market will respond, as there are many perceptions out there about safety in former homeland areas,” he says.

He says the fishery project has also invested in human capacity building and training. The fishery has created many jobs for people in the community to clear invasive alien vegetation on the banks of the Mnyameni Dam and Cata River.

Food & Trees for Africa (FTFA) is making a positive difference by placing issues such as climate change, greening of urban areas, sustainable resource management and food security under the spotlight. FTFA has, with the support of funders and the endorsement of the government, established many thriving projects such as skills training in natural resource management and the development of organic permaculture gardens for impoverished communities.

FTFA has also developed South Africa’s first carbon calculator. The organisation hopes that this tool will help individuals and companies calculate their carbon footprint, and be more aware of their impact on the environment.

The Resentse Sinqobile Trust, trading as the Zondi BuyBack Initiative, established a successful buyback centre, which recycles and repurposes household waste such as cans and plastic into products that can be sold. This initiative has helped to reduce litter, provide more employment opportunities and run an educational program.

The Mooi River Waste Reclaiming project in the Midlands in KwaZulu-Natal provides an opportunity for previously unemployed people to work as waste pickers and earn an income from recycling waste.