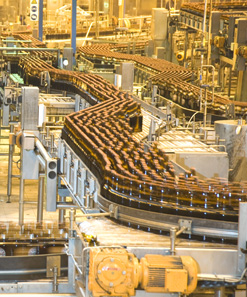 Multinational brewing giant SABMiller has announced a major black economic empowerment deal that will see local subsidiary South African Breweries (SAB) transfer some 10% of its value, worth about R6-billion (US$750-million), to black participants.

These will include SAB employees, black-owned liquor retailers – both those licensed to sell alcohol and those in the process of applying for a licence – as well as black-owned companies that are customers of ABI, SAB’s soft-drink division, and the broader black South African community.

The deal, announced yesterday, is expected to cost the company about R1.8-billion ($220-million).

“There are three innovative and distinctive features of this transaction,” Graham Mackay, chief executive of SABMiller plc, said in a statement. “Firstly, the transaction places no reliance on external bank funding, and requires only a relatively small and hence affordable cash investment from retail participants.

“Secondly, a meaningful dividend stream is expected to be paid to all participants for the whole of the 10-year transaction period, thereby delivering a significant economic benefit from the first year.

“Thirdly, the transaction aims to benefit the stakeholders who have made a real contribution to SAB’s success as well as the broader South African community through the SAB Foundation.”

The transaction will not require any external bank funding, and will need only a small cash investment by participants who, SAB said, can expect meaningful cash dividends to be paid from the first year.

At the end of the 10-year transaction period, participants will exchange their shareholdings in SAB for shares in SABMiller.

One of the world’s largest brewers, SABMiller has brewing interests and distribution agreements across six continents.

The structure of SAB’s BEE deal will see the creation of three new investment groups – an employee trust, a retailer entity and the SAB Foundation. These will each will each subscribe for new separate classes of SAB ordinary shares, allocated in the ratio of 40:40:20 respectively.

These Codes aim to reduce the entrenched inequalities caused by apartheid and increase the participation of black people in the economy. BEE is seen as a key requirement for the promotion of sustainable economic growth and social development in South Africa. For the purposes of BEE, black people are defined as African, Indian, coloured and Chinese South Africans.

As only licensed retailers or those who have applied for a licence qualify, SAB hopes the deal will support the liquor-licensing process in South Africa. This would legalise an effective distribution network – South Africa’s township taverns, known as shebeens.

“There are considerable socioeconomic benefits to be derived from a normalised and regulated industry in which liquor retailers, the vast majority of whom are currently unlicensed, are formally incorporated into the economy and liquor industry,” the company said.

The precise terms of the transaction are expected to be finalised after the November release of SABMiller’s interim results for the six months ending 30 September 2009. Subject to shareholder approval, it is likely to be implemented in the first half of 2010.