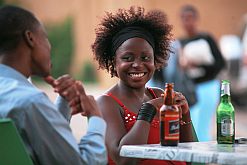 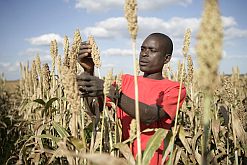 Brewing giant SABMiller has announced plans to build a US$125-million (R990-million) brewery and soft drink bottling plant in Luanda, Angola. The new projects will double SABMiller’s investment in the Southern African country in the past 18 months.

Growing demand for leisure beverages in Angola has prompted the expansion. The latest figures on the SABMiller website put the annual beer consumption at 32.1 litres per Angolan.

With its joint venture partner Empresa Cervejas de N’gola, SABMiller already has a brewery and three soft drink facilities in the oil-rich country, also the second biggest producer of diamonds in the region, but has no qualms about opening another one.

Making the announcement, SABMiller Africa MD Mark Bowman said the company remained optimistic about the potential of the Angolan market, as the economy has weathered the global financial crisis remarkably well.

“In conjunction with our partners we are continuing to invest in what will be a bright future for the business,” he said. “Our team on the ground has risen to the challenges posed by supply-chain and infrastructural constraints.”

SABMiller expects to throw the switch in October 2009. The new greenfield facility will provide 500 jobs and will operate three bottling lines with a capacity of 200 000 hectolitres of clear beer per year.

By the end of 2009 SABMiller and Empresa Cervejas de N’gola will employ over 2 000 people across their five plants.

The brewer first invested in Angola during the 1990s, when it landed a government contract to refurbish the Lubango brewery in southern Angola. The plant had been abandoned during the civil war that raged from 1975 until 2002 and claimed thousands of lives.

At the same time SABMiller acquired the right to market the beer brand N’Gola throughout the south. Launched in 1974, award-winning N’Gola is brewed with Tundavala spring water, among other natural ingredients.

Soon afterwards SABMiller acquired the Coca Cola franchises in Lubango and Bom Jesus, north of the capital Luanda, and in 2008 the third bottling facility opened at Catumbela, on the central Angolan coast.

The company spent millions on expanding the bottling capacity of the Catumbela facility in June 2008, and followed that up in November with an expansion of Lubango’s output to 820 000 hectolitres. SABMiller also said that by the time the new facility opens it will have ploughed some $2.5-million (R20-million) into employee training.

UK-based SABMiller, manufacturer of top premium brands such as Peroni and Grolsch, has interests in 35 African countries, excluding South Africa.

The company operates in 18 countries in alliance with French drinks group Castel and as one of the world’s largest bottlers of Coca Cola products, has bottling plants in a number of other African countries, including Angola, Botswana and Zambia.

SABMiller has also just announced plans to expand further into Nigeria with an eightfold increase in production at its Pabod brewery, situated at Port Harcourt in the south of the country. The company bought 70% of Panod in December 2008 and now markets brands such as Grand Lager and Grand Malt throughout Nigeria.

According to SABMiller Nigeria MD Johan de Kok, Pabod currently produces 30 000 hectolitres, but the company’s goal is to produce a massive 250 000 hectolitres by February 2010.

SABMiller is actively looking for more business opportunities in Nigeria, a country with 140-million people and great possibilities.

The beer takes its name from the revered white bull, an important cultural symbol in the region and one that is associated with success, celebration and peace. White Bull lager is the result of many months of consultation with the locals and subsequent tailoring of the product to their tastes.

Located in Juba, the multi-function plant has created jobs for hundreds of Sudanese locals, while the Juba people also receive royalties from the lease of the land.

Mark Bowman of SABMiller expressed his excitement at the potential of the region, adding that the company was delighted to be “putting beverage production on the map in this country. White Bull Lager will provide a local, high quality product at an affordable price.”

Besides beer and soft drinks, SABMiller is active in Africa in a number of corporate social responsibility programmes, black economic empowerment initiatives, and campaigns for the responsible use of alcohol.