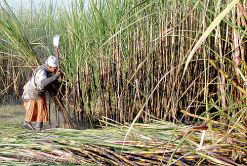 Zambia’s annual sugar output is set to double over the next few years, thanks to a R1.7-billion (US$227.5-million) investment by South African sugar producer Illovo.

President Jacob Zuma launched the deal at the Nakambala Sugar Estate, outside the capital Lusaka, on 9 November during a three-day state visit to the country.

The Nakambala Sugar Estate has been targeted for the Zambia Sugar Expansion Project, a two-year agricultural growth programme spearheaded by Zambia Sugar PLC. Illovo holds an 81.6% stake in the company.

The investment will see sugar output rising to 450 000 tons a year from the 200 000 tons currently produced, Zambia Sugar chairperson Don Macleod said at the launch.

It is impressive that since Illovo bought into Zambia Sugar in 2001, annual sugar production has doubled, Zuma said. “This is a great achievement. Zambia is not only a copper producing country but it has also become a sugar producer of note.”

There is no doubt that the growth of Zambia Sugar has had a positive impact on the country’s economic development “through foreign exchange earnings and provision of sustainable and decent employment”.

“Zambia is a model country for investment and we believe that your regulatory regime has been most attractive to South African companies such as Illovo,” the president told dignitaries at the launch.

The investment is primarily aimed at developing the Nakambala Sugar Estate, which according to the Zambia Daily Mail spans 13 413 hectares. The expansion will include the construction of 29.7km of canals and 265km of roads; and the laying of 36.8km of pipelines and 650km of pivot tracks.

Zambia Sugar is the biggest sugar producer in the country and listed on the Lusaka Stock Exchange. It provides permanent employment for more than 3 000 people and jobs for 8 000 seasonal workers during peak operation periods.

It exports about 50% of its annual sugar output to South Africa and the European Union (EU).

Illovo, which recently secured quota- and tariff-free access to EU markets, is as a major sugar producer in Africa.

It produces more than 80% of Zambia’s sugar and is the sole sugar producer in Malawi, according to its website. It accounts for 41% of the sugar industry in South Africa, 33 % in Swaziland, 42 % in Tanzania and 31% in Mozambique.

The main focus of Zuma’s state visit was to boost bilateral relations. Accompanied by representatives of more than 60 South African companies and eight ministers, Zuma signed two agreements and four memorandums of understanding to strengthen ties between the two countries.

“South Africa and Zambia already have a well established trade relationship, and this week’s interaction among businesspeople should serve to further enhance that,” Zuma said, later paying tribute to his host country for the role it has played in resolving conflicts in Africa.

During the trip Zuma was also awarded an honorary doctorate in law by the University of Zambia.