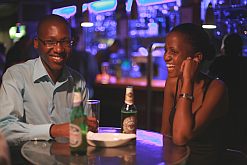 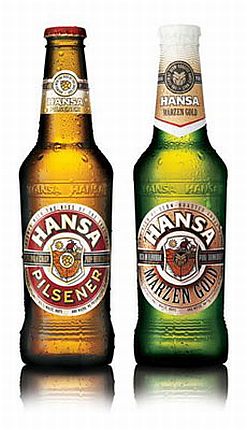 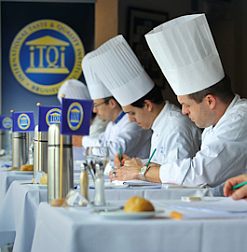 The iTQi panel of judges, hard at work.
(Image: iTQi) 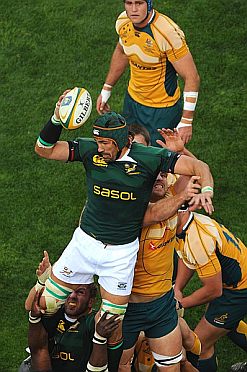 The Springboks are the first national
team to adopt a climate-friendly strategy.
(Image: SA Rugby)

The local brand, a product of South African Breweries (SAB), was the only South African representative to win a Superior Taste award at this year’s ceremony, and the only one from the continent to receive the coveted three stars.

SAB is South Africa’s largest brewer and is the local division of global company SABMiller. The brewing giant was originally based in South Africa but is now a major international player through its acquisition of the Miller Brewing Company in 2002 and a flurry of other ventures in the Americas, Europe, Asia, and elsewhere in Africa.

Other African iTQi winners were scarce. Three beer brands from Ghana, one of them SABMiller’s Castle Milk Stout, won one- and two-star awards, while a bottled water and a brand of pasta from the North African country of Tunisia won a two- and one-star award respectively.

The finest food and drink

The Brussels-based iTQi is an organisation of international chefs and sommeliers who annually acknowledge the finest food and drink from around the world. The programme is open to any branded or processed products that are sold in stores.

Judges are drawn from 12 top culinary and sommeliers associations around Europe. The judging panel then blind-tastes the products. Because the products are presented without packaging or identification, judges are able to test fairly and without bias.

iTQi is quick to stress that the Taste Quality programme is not a competition; therefore all products are evaluated on their own merits. The three-star award is the highest given by iTQi, and is indicative of “exceptional products with 90% and more of the total marks”.

In 2009 a total of 796 products were tested to the judges’ exacting specifications. Of these, 161 received the one-star award, 295 won two stars, and just 69 took home a three-star award.

Products that can boast the Superior Taste award gain an instant marketing edge, helped by detailed comments and suggestions from the judges, international media coverage, and differentiation from competitors.

While opinion at the time was dubious, with some calling the new beer a quick replacement for Amstel, the iTQi award has proven that it is a world-class product.

In fact, the beer is the result of careful planning, and has been one of SAB’s most successful new launches. The timing of its launch was coincidental, but beneficial.

Described by the manufacturer as a beer with “a rich brew house flavour derived from the slow-roasted amber malt and special hopping regime”, Marzen Gold has an alcohol content of 5.2%. The malt imparts a darker colour, with reddish hues, and a distinctive flavour.

“We think it fitting that the beer has received the recognition that it deserves,” commented Hansa Marzen Gold brand manager Dino D’Araujo in a statement.

“The iTQi awards are associated with superior products and so they are fast becoming a powerful influencer in determining consumer choices. Winning a Superior Taste award is in itself a valuable marketing tool for our brand.”

A related story sees South African Breweries announcing their newest environmental project, Greening the Boks. The company is a major sponsor of the Springbok national rugby team, and plans to offset the carbon emissions of the team’s air and ground transport and accommodation throughout the British and Irish Lions tour, currently underway.

According to SAB sponsorship manager Rob Fleming, the Springboks are the first national team to actively support a climate-friendly strategy. “We urge corporates involved in sports sponsorships to demonstrate their dedication to protecting the environment,” he said.

SAB plans to buy carbon credits to offset the carbon emissions of the team and its entourage. Carbon credits are a commodity that is traded like any other on international markets. One credit is equivalent to one ton of carbon dioxide.

Credits sold by carbon-efficient companies can be bought and used by heavily industrialised countries or companies to attain compliance with their emission reduction targets under the Kyoto Protocol.

The players will also strive to set good environmental examples by implementing green changes in their own lifestyles. In addition, they will use their status to inspire their supporters to adopt the same way of living.

This is in line with a growing international trend in major sporting tournaments to be kind to the environment. Organisers of the 2011 Rugby World Cup, to be held in New Zealand, plan to make the entire event carbon neutral.

South African Rugby recently conducted a carbon footprint assessment of its head office on Cape Town and has drawn up a climate change strategy for its operations around the country.

SAB is already a leader in good corporate environmental practice. In October 2008 it was one of the first two companies to sign up for the World Wildlife Fund Water Neutral Scheme, a global scheme that encourages manufacturers to become water neutral i.e. to balance the water taken in and discarded, by reviewing and reducing usage, and replenishing water supplies.

The company also treats the effluent water from its breweries, resulting in potable water that is sold to municipal councils for purposes such as watering gardens.

For Newlands, SAB will clear a 172ha area on the slopes of Table Mountain, under the direction of South African National Parks. The area directly feeds the catchment which supplies the brewery with its water, but has been invaded by Australian alien long-leafed wattle (Acacia longifolia).

For Ibhayi, the company has chosen to clear a 172ha area in the Eastern Cape’s Kouga Catchment. The invasive black wattle (Acacia mearnsii) is the target here. This area feeds the Kouga Dam, which in turn supplies the Nelson Mandela Bay Municipality and the Ibhayi plant.