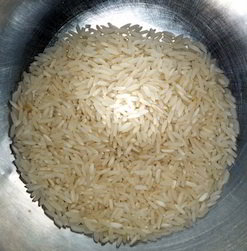 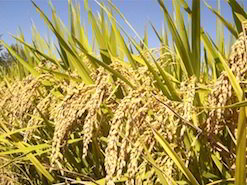 Rice is a cereal grain summer crop that
can be produced under irrigation.
(Image: wikimedia)

The South African agricultural sector could soon add rice to its list of crops cultivated locally.

“This is an amazing project and a very exciting prospect for South African agriculture,” says local businessman Hennie Kruger, who is spearheading a rice cultivation project in South Africa.

Rice has never been produced commercially in the country. According to the International Rice Research Institute (IRRI), 90% of the world’s rice is cultivated in South, Southeast, and East Asia.

Globally, rice is grown in more than a hundred countries with a total harvested area of nearly 160-million hectares, producing more than 700-million tons every year.

One fifth of the world’s population depends on rice cultivation for their livelihoods.

“This is a very positive development for the country and there are many farmers interested in growing rice.”

He says that as rice is a cereal grain summer crop, many grain farmers would be interested in growing rice as a means to diversify their farming operations. Local production will also reduce the country’s reliance on rice imports. South Africa imports two-million tons of the staple each year.

“Our farmers should produce much of the rice we need. It could become a major grain crop in South Africa,” says Kruger.

Can rice grow in South Africa?

According to Kruger, the absence of local rice plantings does not mean it can’t be produced successfully in South Africa.

He says that about 10 years ago, studies by the Agricultural Research Council found rice to be a crop worth cultivating.

“The trials show that rice does not have to be cultivated in water-logged fields. It can be planted in any soil, provided the soil contains 15% clay,” explains Kruger.

He says that there is a common misconception that rice can only grow in watery paddy fields. However, because northern hemisphere agricultural countries receive much more rain than South Africa, crops such as rice are often grown in water.

According to the IRRI, flood-prone rice producing ecosystems need special rice varieties that are suited to flooded environments. These rice plants must be adapted to conditions such as deep water, flash floods that could last longer than 10 days, salinity in low-lying coastal areas and problem soils.

In these environments, rice yields are low and extremely variable because of soil problems and unpredictable combinations of drought and flood.

The IRRI confirms that rice production under irrigation is viable. The irrigated rice environment accounts for about half of the harvested rice area and contributes 75% of global rice production.

Worldwide, about 80-million hectares of rice are grown in irrigated areas. High-yielding areas of irrigated rice can be found in China, Egypt, Japan, Indonesia, Vietnam, the Republic of Korea, and the Senegal River Valley in Africa.

Kruger says that with well-managed irrigation, rice can be grown in many areas across South Africa, such as Kwa-Zulu Natal, the western areas of the Free State province and even as far north as Thabazimbi in Limpopo province.

“When grown under irrigation the crop responds beautifully,” he says.

A local seed company is looking into importing the rice seed initially, but in the near future the company would like to start seed selection on rice. Kruger estimates that within three years South Africa could have its own seed and the industry could be established commercially.

After harvest, the rice grain undergoes a number of processes depending on how it will be used. Such methods include, drying, storing, milling, and processing.

Rice processing facilities are not available in South Africa yet, but talks are underway with a local financier about investment to build such a facility.