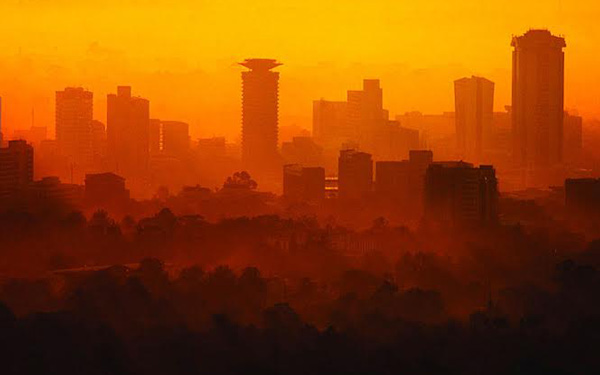 The skyline of Nairobi, the capital of Kenya. Brand South Africa’s field survey suggests Kenyans perceive South Africans to be imposing and aggressive.

Perceptions of South Africa and its people can hinder or advance the country’s business progress in the rest of Africa. This was one of the insights gained from Brand South Africa fieldwork and other research in Kenya and Nigeria.

The project, South Africa Incorporated or SA Inc, was created by Brand South Africa as part of its Africa Programme in order to uncover what local businesses face when trading with and investing in peer countries on the rest of the continent, and travelling to and living there.

“One of the most surprising findings, to be explored in more detail in a subsequent report, pertains to South Africa’s creative industries particularly music, broadly the entertainment, and film and video production capabilities,” De Kock said. “The latter speaks to a strong people and cultural profile in Kenya and Nigeria that create a basis for sustained and expanded cultural contact.”

SA Inc aims to uncover unique insights to help the organisation understand the environment in which Brand South Africa operates. For example, initial findings indicate personal interactions in business, social and government settings, De Kock said, often leave the impression among hosts in other African countries that South Africans are pushy, imposing and unwilling to listen to the authentic advice of locals and industry experts.

The National Development Plan, which sets out the vision for the South Africa of the year 2013, posits expanded trade between South Africa and its peer African countries as a key long-term objective.

“Since 1994 South Africa moved from being a pariah state,” De Kock said, “to becoming a key investor in and trade partner to the rest of Africa, as well as a holiday, shopping, entertainment and higher education destination. From a reputation, positioning and nation brand point of view, this project aims to fill some gaps in the national understanding of its profile in, exposure to, and range of interactions with the African environment.

“This implies that whether South Africa wants to expand into peer African markets, or whether it wants to attract more investment or trade opportunities from those markets into South Africa, the fact remains that deeper insight is needed into threats, opportunities, strengths and weaknesses of the nation brand in peer markets.”

The nation brand and South Africa

According to the report, a nation brand is fundamentally different from corporate brands. Although certain corporate brands may have multiple sub-brands, or a wide variety of component parts that feed into and support the “mother brand”, a nation brand encompasses a dizzying array of attributes, as well as factors that impact on the performance, reputation, and competitiveness of the brand.

“For this reason Brand South Africa approaches the nation brand as a composite construct that aims to present a coherent image and country message to domestic and international audiences,” De Kock said. “This image and message is drawn from a vast pool of indicators, attributes, and unique cultural and economic features of the nation.”

He added that a nation brand encompasses all the attributes, strengths and innovations a nation offers the world, in all its spheres of activity. These include business, arts, music, theatre, film, tourism, science and innovation, infrastructure, manufacturing, and governance.

According to the 2013 Brand Finance Nation Brand report, which rates and ranks the brands of different countries, the total value of South Africa’s nation brand rose from US$222-billion in 2012 to $270-billion in 2013 – a significant increase.

Findings on South Africa’s footprint in Kenya and Nigeria

Uncovering outside perceptions of a nation are key to effectively marketing its brand, particularly for encouraging trade and investment. In July and August 2014 Brand South Africa researchers conducted fieldwork in Kenya and Nigeria to assess other African countries’ views of South Africa and its people.

This revealed that Kenyans largely consider South Africans to be imposing and aggressive.

“However, at the opposite end, the country and its people’s general openness is ascribed to an appealing culture and high level accomplishments in several spheres,” De Kock said. “For example, our political transition and democratisation; the capabilities and range of sectors in the South African economy; South African technical, managerial, manufacturing, engineering, and a host of related practical capabilities – these all impact positively on perceptions of the nation brand.”

For example, Kenya revealed a positive reception of South African products and services, mostly in the food sector, as they are competitively priced and of high quality.

According to the report, these perceptions stem from comments on how South African managers conduct themselves and treat Kenyans. This impacts on the reputation of South Africa and South African businesses in Kenya.

On the other hand, South African companies’ perceptions of doing business in Kenya are characterised by wariness, a result of several failed attempts to invest in the nation.

Perceptions of business and economic ties in Nigeria conclude that while South Africa has significant and diverse investments across a range of sectors in that country, Nigerian business people feel South Africa should be more open to investment from, and trade interaction with, Nigerian companies.

On the negative side, South Africans are perceived as imposing, aggressive, and unwilling to listen to local advice.

“From a business perspective it implies that more attention needs to be paid to the manner in which South Africans interact with African peers, and how market entry strategies are designed by incorporating soft factors such as business culture,” De Kock said.

From a political point of view South Africa is seen as progressive, that it has strong institutions, and democratic credentials to underpin its constitution. However, internal developmental challenges, xenophobia, and misplaced perceptions about African expats in South Africa is a cause for concern in Kenya and Nigeria.