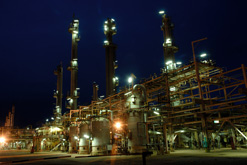 The refinery is to be constructed at the Coega industrial development zone outside Port Elizabeth at a cost of US$11-billion. Half its output will go to the domestic market, with the other half exported to other sub-Saharan African countries. Known as Project Mthombo, it will be one of the first installations in the world able to refine sour crude oil.

The plant will produce a mix of 70% distillates – diesel and aviation fuel – and 30% high-octane petrol, all to the Euro V standard.

Low fuel standards have had a strong impact on the local motor industry, preventing the import of a number of vehicle types because their engines were unable to reliably operate on South Africa’s lower-quality petrol and diesel. The new refinery will ensure the highest quality fuel is available on the domestic market, freeing up these imports.

Strategically located at the southern tip of Africa, linked to global trade routes, the refinery would source crude oil from Venezuela, Brazil and Cuba, as well as African oil-producing countries such as Angola and Nigeria. It will therefore boost both the energy trade both within Africa and between global developing countries.

Unlike the smaller refineries common in Africa, its 400 000-barrels-a-day capacity would allow it to achieve economies of scale, Vukani Khulu, PetroSA’s commercial manager for new ventures, said at an energy conference in Johannesburg yesterday.

This capacity, made possible by proven world-class technologies and crude processing flexibility, means the refinery will be the lowest cost producer in sub-Sahara Africa. It will produce fuel 20% to 30% cheaper than imported fuel.

“The refinery will come on stream in 2014 and we will be producing at full capacity from day one,” Khulu told Reuters.

“It makes sense to invest in a refinery because of the growing local demand. Crude oil will be the main source of energy for the next coming 20 years. There is enough demand in the sub-Saharan Africa at least until 2030, throughout the whole lifespan of the refinery.”

To ensure the efficiency of the refinery when it comes onstream in 2014, PetroSA is investing in developing appropriate skills in the Eastern Cape region around Coega, one of South Africa’s most impoverished areas.

It is to set up a number of training centres in the region, with the first of these, at the Jongiliizwe Secondary School in the town of Butterworth, already commissioned. In July a R500 000 state-of-the-art communications centre was opened at the school.

“The decision to locate the refinery at Coega is based on commercial drivers but also considers national interest factors such as unlocking growth potential in a region with one of the lowest economic activities in the country, and providing a strategic alternative to Durban which presently handles 75% of the country’s crude imports and 40% of refined products,” Mkhize said in March, announcing the completion of the pre-feasibility study.

Projected economic growth figures indicate that by 2014 South Africa will have a shortfall of some 200 000 barrels of locally refined fuel. Without the refinery, the only solution would be to import fuel – a costly solution with negative implications for both supply and foreign exchange.

The plant’s massive output would also make the construction of a suggested pipeline from Coega in the Eastern Cape to Gauteng commercially viable, and a “justifiable reality in the medium term”, PetroSA says on its website.

The feasibility study, currently progressing well, is being done by an in-house team, with KBC Process Technology of the UK as technical and commercial consultants. The study is expected to be finished by the end of 2009.

The Department of Minerals and Energy issued PetroSA with a manufacturing licence in October, and the tender for the engineering contract is set to be announced soon.