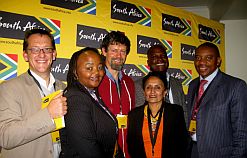 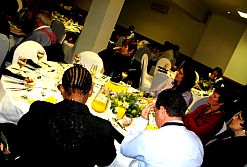 The second Brand South Africa Stakeholder Summit kicked off in Port Elizabeth in the Eastern Cape on 12 July 2011 with a host of representatives from government, business and civil society gathering to discuss ways to grow the nation’s reputation and competitive spirit.

Initiated by Brand South Africa and taking place in each of the nine provinces, the summits aim to increase provincial participation in the nation-branding effort and encourage active citizenship – which, in turn, will help position the country as a top investment and tourism destination.

The first session was held in Johannesburg in May, with similar events taking place soon in the remaining seven provinces.

“The South African brand is about the promise we are making,” said Iggy Sathekge, Brand South Africa director for stakeholder relations.

“If investment communities come here are see that we do not have what we promised, there will be a gap. There’s a gap because we are not being brand ambassadors ourselves – we have to start creating these internally before we can expect other people to see us in a particular way.”

Brand South Africa believes that by getting South Africans to become passionate about what the country represents, each citizen becomes an embodiment of the brand promise.

“If each South African becomes excited about this, we will have 49-million ambassadors who are pushing for this particular brand,” Sathekge added.

Each summit presents South Africans who, through their work and community initiatives, are already active ambassadors. These individuals epitomise the unique characteristics, or pillars, of the South African brand – ubuntu, diversity, sustainability, possibility and innovation.

Having brought the world-class Radisson hotel group to South Africa, Port Elizabeth property mogul Ben Nyaumwe is one such man.

“I believe that if we have entrepreneurs in this country, we will attract investors. Here’s an example: the Radisson didn’t come and choose Port Elizabeth … there was a local entrepreneur, Ben Nyaumwe, who went to group’s operators in Brussels and said ‘hey, come and look at this amazing city of Port Elizabeth’. And they came and saw and they said ‘yes, we will partner with you’.”

Nyaumwe believes this approach is an example of thinking globally, acting local. “Our products cannot be inferior, if you do it, you’ve got to do it right – or stay home.

“When I started talking about establishing a five-star hotel in Port Elizabeth about six years ago, many people were sceptical. But look where we are now: we’re sitting with a hotel group in the city that operates with 80% occupancy levels right throughout the week.”

Although the Radisson is now the biggest international hotel group in South Africa with branches in Johannesburg, Cape Town and the Eastern Cape, there wasn’t a single establishment in the country before Nyaumwe stepped in.

“We were the pioneers. Through local innovation coming out of Port Elizabeth, and growing out of this investment, we managed to ensure that the Radisson came to Johannesburg and got a presence right opposite the Johannesburg Stock Exchange and Gautrain in Sandton. That says a lot about Port Elizabeth and the potential we have. The Radisson group came here before it went to Sandton – that’s important.”

Dr Garth Cambray, managing director of Makana Meadery in Grahamstown, is another brand ambassador in the Eastern Cape with a local approach and global vision.

Like the name suggests, his company makes wine from fermented honey, also known as mead, which is the oldest known fermented beverage on earth and was invented in Africa 20 000 years ago.

Founded in 2001 with only 15 employees, the meadery now produces up to 15 000 bottles of the drink a year, as well as stocks of mead vinegar, honey mead mustard, conventional honey and honey-based jams and marmalades.

Cambray has also established a similar facility in the US, which produces 66 000 bottles of award-winning mead a year that’s sold across 38 states.

But he’s making sure that the benefits of the innovation remain right where mead first came from.

Through several empowerment initiatives, Makana Meadery has trained over 400 unemployed people – some as far away as the Congo – to keep bees, without which mead would never exist, and sell their honey for profit.

The meadery has also helped develop the local economy of Grahamstown by ensuring that previously disadvantaged residents have a 50% stake in the venture.

“In terms of the global growth of the mead industry, we’re seeing that more and more brands are available – so with that, there is an increased availability of the mead product. This is growing our local brand too. We just have to help other people make mead – like we do in the US – and they grow our brand for us. It’s a very non-aggressive marketing style, but it works. It’s all about ubuntu.”

Gold was the first resource in South Africa which made the country globally competitive – the next will be the “gold in our biodiversity”, Cambray said, “and the things that symbolise this are our bees and the beverage they help produce.”