The Gauteng Stakeholder Workshop featured vibrant discussion about the existence of a country’s brand, the pros and cons of having one, and the best way to build a nation brand. It was widely agreed that all provinces should align with the overall nation brand message. 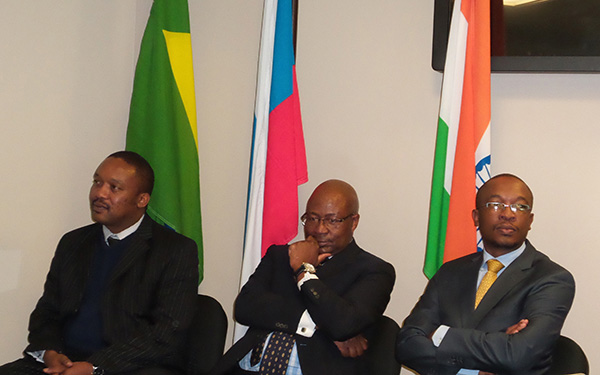 South Africans should concentrate on the positive: “We should be defined by what we are doing.” This was the message from newly appointed chief executive Kingsley Makhubela at Brand South Africa’s Gauteng Stakeholder Workshop, held in Sandton on 19 August.

Sipho Mhlongo, group executive for trade, investment and regulatory enablement at the Gauteng Growth and Development Agency welcomed everyone to the discussion, held at the Gauteng Investment Centre. He said there are many great things happening in South Africa.

One strong message about positivity

Makhubela spoke about the importance of the provinces and the country aligning the overall brand message. “It’s important that provinces align [brand] messages and in the process of aligning it, not shoot ourselves in the foot.”

He brought up instances in which South Africa had performed well – surviving the 2008 economic downturn and not having to bail out any banks; the rapid growth of the corporate sector since the mid-90s; and the good performance of the country’s academic institutions. He pointed out that six South African universities featured in the Top 10 list of the Times Higher Education (THE) Africa University Ranking.

Makhubela recounted an anecdote: he got an opportunity to study overseas but one of his lecturers at a South African university advised him it was important to study in Africa, because that way the knowledge was able to remain on the continent.

But South Africa also faced huge problems, he admitted, bringing up the issue of the local drug cocktail, nyaope. “We are going to lose a generation [to drugs],” he warned. “These sorts of social issues need to be addressed.” And one way to do this was to grow the economy.

Joburg Mayor Parks Tau noted the importance of cities in identifying problems and finding solutions. The South African Cities Network, which represents most of the country’s main cities, acknowledges the large role big cities played in a country.

It publishes a State of the City report about the work done. “Cities have become important pointers of development,” Tau stressed. “Cities have a role to play in finding solutions and resolving complex issues.”

Joburg, the largest city not close to a river or sea, was a city of migrants and their ability to make it grow resulted in its success. “Forty percent of the people in Joburg now, are born outside of Joburg.”

While it had made strides in investing in infrastructure, problems still existed, such as traffic congestion. The solution did not exist in building more roads, the mayor said. “We have to create alternatives because we cannot build our way out of problems… It’s about changing our mind-set.”

He encouraged the audience to take advantage of the upcoming #EcoMobility campaign in October, aimed at getting people out of cars and using other modes of transport. 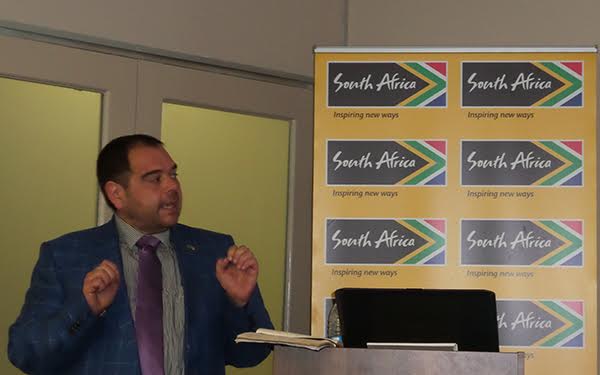 Dr Petrus de Kock, Brand South Africa’s general manager for research, spoke about the need to find a way to position the brand of the country. (Image: Priya Pitamber)

The first session of the day, by Dr Petrus de Kock, the general manager for research at Brand South Africa, was about the South African Competitiveness Forum (SACF). The inaugural SACF took place back in 2013, born of a need to identify the work of positioning the brand of the country.

In his presentation, De Kock described the SACF as a call “on all South Africans to play their part and engage in collaborative efforts to build a strong national reputation based on a globally competitive economy”.

“As Brand South Africa, we have to understand the range and strengths of the nation to market it to the world and locally. Getting input from provinces can help with the messaging sent out,” he added.

There was also opportunity to learn from where the country had succeeded and apply those lessons to challenges.

A few discussion points emerged from the session, too, including the recent xenophobic incidents in the country and the response to them. De Kock said there was a lot of messaging in that period from the government and officials. Brand South Africa also studied the social response. “It doesn’t matter how small a group is, damage can be caused to the reputation,” De Kock observed.

Other topics of discussion were whether it was possible to tackle negative perceptions of the country; whether it was a risk to build a nation brand; how the media could help in building a positive image of the country; the funding of small and medium enterprises; and how South Africa’s sense of pride was defined.

“National pride is linked to inner emotions; it’s more than tourism and sport,” a speaker said. 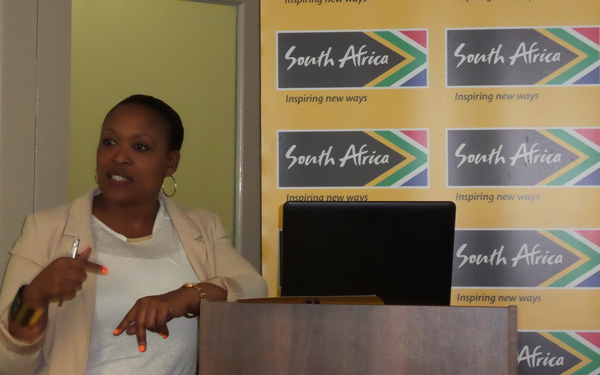 Sithembile Ntombela, Brand South Africa’s acting chief marketing officer, conducted the Nation Brand Master Class. She said it was important build the nation, to find a nice narrative of South Africa. “We are selling our country,” she said.

“The master class is about building a nation brand that at its core is unified through its diversity,” she noted in her presentation. “Building anything requires taking many pieces that work and fit together to make the bigger picture complete.”

Provinces should align their messages with that of the country, Ntombela added, which would require a lot of planning. “We must relay true and relevant messages,” she said. “And promote a common sense of identity and pride.”

A puzzle approach would work best because it could be used to “educate and guide key stakeholders in the intricacies of handling a nation brand, we created work that literally shows that everyone has a part to play in making our country a complete and competing nation”.

Brazil, she said by way of example, was automatically associated with flair, the samba, and carnival; history was attached to Egypt, India and Peru; so too could South Africa create its unique stamp to sell to the rest of the world.

De Kock shared the outcomes from the extensive research conducted by Brand South Africa, and it showed good news.

“You can’t sell the brand of a country, without inside buy-in,” he reasoned. So the research started in the domestic arena, to find out what issues were on the minds of South Africans. It made use of a diverse national sample of 2 524 people.

The Domestic Perceptions Research showed that while there were concerns among South Africans relating to crime, corruption and a lack of job opportunities, it also found that “citizens want to focus on solutions. And South Africans are willing to take action, rather than wait for someone else to do so.”

Findings also showed that the majority of the population was under 35 and lived in urban areas; there was an increase in the middle class after 1994; 92% of the sample interviewed had a “good” or “strong” sense of pride; and many South Africans were aspirant that their children would live a better life than what they did. 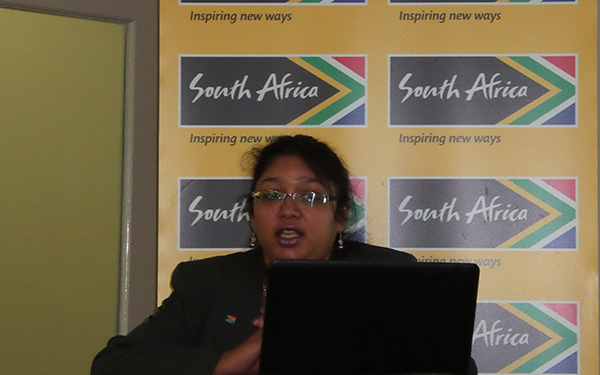 Brand South Africa’s Manusha Pillai, the general manager of communications, spoke about the National Development Plan (NDP) and how it could be tied into the country’s messaging framework.

Pillars of the Country Messaging Framework mirrored the NDP and included tourism, culture and heritage, policy, people, brands, and investment and recruitment, all to be used to market South Africa.

“Brand South Africa has been working with a various stakeholders from government, business and civil society to compile this Country Messaging Framework,” she said in her presentation, in which she described South Africans as having an energy and great problem-solving skills.