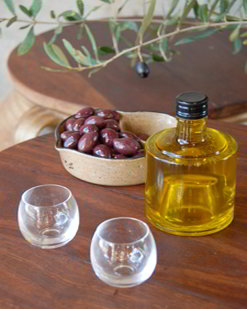 Consumers are becoming more informed
about the health benefits of olives and
culinary versatility of olive oil.
(Image: SA Olive) 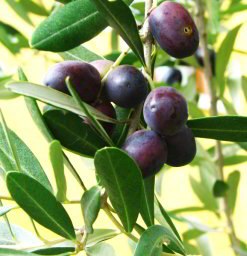 Recent international testing has confirmed that South Africa produces the best olive oil on the market when it comes to quality, value for money and truthful labelling.

SAO manager Leonard Arangies says the main goal of the study was to inform local consumers about the true quality of available olive oils.

A random sample of seven South African and 23 imported oils were tested in an accredited international laboratory, using specifications of the International Olive Council (IOC).

Only 23% of the samples were of South African origin, as about 80% of locally available olive oils are still imported.

If oil is to qualify as Extra Virgin, it must succeed in the chemical, organoleptic (tasting) and freshness tests. The freshness test is one of the latest tests for olive oil. The technology and parameters were only recently developed by the IOC.

South Africa oil achieved top honours in all the testing categories. None of the local oils tested showed any sign of being tampered with, whereas 26% of imported oils were fraudulently bottled as Extra Virgin.

Testing also showed that 66% of scrutinised oils showed one or other form of defect and should not be allowed to carry the Extra Virgin label. Only 33% of the 30 tested oils claiming to be Extra Virgin were in fact Extra Virgin.

There are many olive oils on the supermarket shelf, but consumers have no way of determining their quality.

Annalene du Toit, olive entrepreneur from Kloovenburg Olives, says that quality testing of olive oils is very important as there are no regulations or legislation governing the import of olive oil.

It is important that consumers can distinguish between the various types of olive oils on the supermarket shelf. Extra Virgin Olive Oil is a natural, unrefined olive oil with a free acidity of below 0.8%, no defects and a fruity characteristic.

If consumers want to be sure that they are buying a superior quality olive oil, they should look out for bottles bearing the “Member of SA Olive Commitment to Compliance Scheme (CTC)” seal.

The CTC seal of approval tells the consumer that the producer is committed to truthful labelling and complies with the standards of the SA Olive Codes of Practice, which are based on international quality standards.

Arangies says that consumers often perceive high-quality local olive oils as too expensive. However, the study proved otherwise. It shows that the average price of all olive oils tested is R62.68 (US$8.66) for 500ml. The average price for those which can be truthfully classified as Extra Virgin is R65.19 ($9.07), for the same volume.

“This is a small difference to pay for some of the best olive oils in the world,” he says.

It all starts with the grower

Du Toit says that South Africa is able to produce olive oil of an outstanding quality, thanks to local olive growers. “If you have a good olive, you will have a good olive oil,” she says. Good production practices such as pruning and tree maintenance are essential to keep trees in top condition.

South African growers make use of the best oil-pressing technology that helps to retain the quality of oil in the bottling process and minimises the oil’s exposure to natural elements after harvesting. “Our growers know what they are doing,” she says.

According to the Olive Oil Times, a publication dedicated to news, reviews and analysis of everything to do with olives, South African olive growing is increasing all the time, for both the table olive market and olive oil production.

New trees are planted on an ongoing basis, with olive farms growing at a rate of 20% annually and doubling in size every four to five years.

The publication also confirms that South African olive oils are rated among the best in the world. South African oils frequently win international awards and locally, the demand for olive oil is increasing.

Du Toit says that consumers are now more aware of the health benefits and culinary versatility of olive oil.

Statistics quoted in the Olive Oil Times indicate that consumption of olive oil has exceeded 3.5-million litres, with local demand for olives growing by 10% each year and at least 20% for their oil. 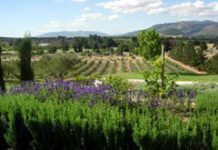 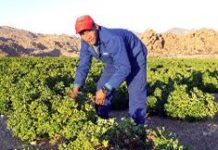