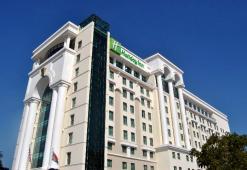 Holiday Inn, one of the world’s largest hotel chains, is one of the big investors into South Africa.
(Image: Bongani Nkosi) 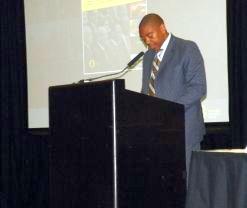 Ignatius Sathekge of Brand South Africa said that South Africa’s recent ranking as the most competitive African country confirms its standing in the global economy. 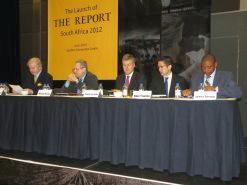 The report states that South Africa has in less than two decades become one of the most significant and successful countries on the African continent.
(Images: Wilma den Hartigh)

The Oxford Business Group (OBG), a global publishing, research and consultancy firm, has released a comprehensive landmark report about South Africa’s standing as an investment destination.

While the report doesn’t ignore the country’s challenges, South Africa is still an attractive investment environment that few countries in the region could match.

The Report: South Africa 2012 is the result of more than eight months of research by a team of analysts from OBG, assessing trends and developments in the economy, including macroeconomics, infrastructure, banking and other sectoral developments.

The study has been produced in partnership with the Department of Trade and Industry. Contributions have also been made by Edward Nathan Sonnenbergs for the report’s law chapter, and ABSA Capital provided the report’s capital markets analysis.

Speaking at the launch in Johannesburg, Dr Rob Davies, South Africa’s minister of trade and industry, said that the findings of the report are good news for the country.

Michael Benson-Colpi, chairman of the OBG, said that the message about South Africa is reassuring. “South Africa is doing well,” Benson-Colpi said. “This is not often the message, but the country is in pretty good shape in comparison with other African countries and the rest of the world.”

According to the report’s political overview of the country, South Africa has in less than two decades become one of the most significant and successful on the African continent.

“We know that great opportunities for growth, stability and development lie in increasing intra-African trade and cooperation,” Sathekge said.

Those interested in getting hold of a copy of the report may order one from the OBG website.

An important report for South Africa

OBG’s constructive outlook of South Africa is important for the country’s reputation as an investment destination.

The OBG’s critically acclaimed economic and business reports have become the leading source of business intelligence for investors who are looking to enter markets in Africa, the Middle East, Asia and Latin America.

The report also contains a detailed, sector-by-sector guide for investors, including macro-economic and sectoral developments in the areas of banking, capital markets, insurance, energy, transport, industry and telecoms.

The report contains an exclusive interview with President Jacob Zuma, and it also provides a wide range of contributions from experts in the areas of politics, the economy and business. These include Minister of Finance Pravin Gordhan, Reserve Bank Governor Gill Marcus, and the minister of mineral resources Susan Shabangu.

Some international personalities such as the president of Virgin Atlantic, renowned businessman Richard Branson, also offer their views on the country’s economic development.

“South Africa stands out as an example of a market built for growth,” Tashima said.

He pointed out that political stability is possibly South Africa’s single biggest competitive advantage over its neighbouring countries.

The country’s infrastructure such as telecommunications, energy and transport is also very impressive in comparison with the rest of Africa.

Tashima says that in the group’s analysis of South Africa, it doesn’t deny that the country also has real challenges such as unemployment, education, high levels of inequality.

In his speech, Sathekge said that South Africa can address these issues successfully. “Global competitiveness and our ability to compete for the global investment pool will be key factors in our ability to reduce unemployment, poverty and our economic inequity.”

While job creation remains a high priority for government, a central topic of the report is South Africa’s efforts to stimulate industrial output. There is extensive analysis of the automotive and steel sectors, which have been flagged as key areas to further economic growth and attract investment.

“The focus over the medium term will need to unshackle greater output in productive sectors, particularly those that provide greater multiplier effects, such as industry and infrastructure,” Tashima said.

“We have produced a report that will be hugely useful to the global business community when they come to make their investment decisions,” Denworth said.