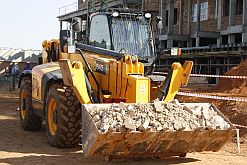 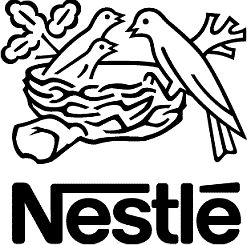 The company has vowed to increase
investments in South Africa.
(Image: WordPress)

Nestlé is building two new multimillion-rand factories in Babelegi, a small town in the North West province, where it will manufacture some of the products it currently imports.

Construction of the cereal and Maggi factories has started in Babelegi, Nestlé South Africa’s corporate affairs director Ravi Pillay confirmed in an interview on 3 February 2011.

Contractors started ground work on the 16 000 square metre Cheerios and Milo cereal plant after a sod-turning ceremony on 2 February. Both projects are set for completion by mid-2012.

Nestlé is investing R505-million in the new facilities and in the upgrade of a newly acquired soya venture in Potchefstroom, also in the North West. This forms part of its expansion drive in South Africa, where the multinational has been operating for decades.

“We will continue to invest in South Africa, in line with our long-term commitment to business sustainability and economic development,” said Sullivan O’Carroll, chairperson and managing director of Nestlé South Africa.

The cereal factory has been allocated R244-million. Cheerios and Milo, products that Nestlé currently imports to South Africa, will be produced in Babelegi for the first time when the plant is fully equipped.

Some R155-million has been set aside for the factory that will manufacture the Maggi range, including instant soups, stocks, sauces, seasonings and instant noodles. While some of Nestlé’s Maggi products are imported, most are currently produced in factories located in Gauteng and Harrismith in KwaZulu-Natal.

Nestlé recently bought the Specialised Protein Products (SPP) company in Potchefstroom. The acquisition of this and upgrades will cost R106-million, said Pillay.

Through this new venture, Nestlé will be able to increase production of non-dairy creamers and begin making soya-based products.

The multinational has retained 120 employees from SSP.

A sizeable number of people have already found jobs in Nestlé’s factory in Babelegi, and more opportunities beckon.

“There will be many spinoffs to the local economy of Babelegi due to these investments,” Pillay said.

The two new factories in the area will result in the creation of at least 230 new permanent jobs, according to the group. Coupled with the 120 employees from SSP, Nestlé will be responsible for 350 new employees following the expansion project.

It said 70 new permanent jobs will be created in the cereal products factory, while the construction process will result in at least 100 contractor jobs.

Some 160 permanent jobs are expected to become available at the new Maggi plant and about 200 employment opportunities will be created during that factory’s construction.

“A number of our employees will go to factories around the world for manufacturing training,” said Pillay.

Nestlé enjoys a substantial market share in South Africa. The group has factories and distribution centres in six of the country’s nine provinces, including Mpumalanga, the Western and Eastern Cape and Free State.

Its popular products include baby formula milk Nido and Nespray, as well as baby foods like Nestum and Cerelac. Nestlé South Africa ventured into mineral water in 1987 and produces a range of ice-creams as well.

Producing locally has a direct impact on prices for both customers and the multinational. “Having products closer to our customers is always affordable,” added Pillay.