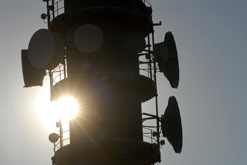 Despite the worldwide economic crisis, South Africa’s new telecommunications operator Neotel has secured a $4.4-billion (US$455.5-million) loan from a consortium of local lenders to finance the expansion of its network, supporting the continued growth potential of the country’s telecoms market.

Launched in 2005 after the liberalisation of telecommunications in South Africa,  Neotel has brought much-needed competition to the sector by breaking the monopoly of parastatal telecoms giant Telkom.

The consortium financing the deal, announced on 10 December, is made up of Nedbank, Investec Bank, the Development Bank of Southern Africa, the Industrial Development Corporation and the Infrastructure Finance Corporation.

“What makes this deal significant is the fact that a limited recourse deal of this size has been concluded … despite the current global economic climate,” says Arun Gupta, chief financial officer of Neotel.

The deal concludes a two-year programme to raise long-term financing that has secured R7.5-billion of total funding, replacing all existing bridging finance, made up of a combination of new equity and debt.

“On the 12th of December 2006, we signed a bridging finance facility to the value of R2-billion to get the process started of building our network,” says Ajay Pandey, MD and CEO of Neotel.

“At that point already we made history as it was the largest non-recourse facility for a start-up telecommunications project in the region, and one of the largest in South Africa then.”

Neotel has been aggressively rolling out its new-generation converged network across the country to provide services to its business clients. It launched its consumer services during the course of 2008.

“We are still regarded as a greenfield project as there have been a number of false starts in the past,” says Gupta. “The fact that the financial institutions have provided this facility on project finance, limited-recourse terms highlights the belief the lenders have in what Neotel is bringing to the market and that we’re on the right track.”

The financing terms will range between seven and 10 years.

“The ability to pull off a financing of R4.4 billion under current financial market conditions is testament to both the belief in the offering, which will change the shape of telecommunication services in South Africa, and in the strength of the shareholder grouping, led by Tata Communications Limited of India.” said Mike Peo, head of infrastructure project finance at Nedbank Capital, who has led the process over the past two years.

Part of the funding comes from the Development Bank of Southern Africa, an institution set up by the government to finance development projects in the region.

“Neotel will bring positive developmental impact and effectively address government’s key priorities through reducing backlogs in the telecommunications sector thereby improving much needed access to services and enhancing service delivery. This is in line with our objective to support economic growth and development.”

Herc van Wyk, managing director of Kagiso Financial Services, Neotel’s financial adviser, said the transaction was a milestone in the current difficult financial markets.  When potential financiers were initially approached during the first quarter of 2008, he said, the financial landscape was vastly different, and the fact that a transaction of this magnitude could be signed despite the credit crunch was testimony to the commitment of the parties involved.