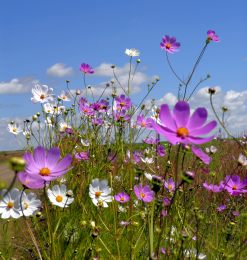 South African banking group Nedbank, already a leader in environmentally responsible practices, is to become carbon neutral by continuing to cut its greenhouse gas emissions and buying up carbon credits.

Nedbank is the first South African bank, as well as the first large corporation in the country, to take this step.

The development was announced on 15 September 2009 by the bank’s CEO Tom Boardman. He said the decision to go for carbon neutral status was the culmination of a long road travelled by Nedbank, which has been at the forefront of environmental issues for many years.

The company is involved in a number of green initiatives already, and as far back as 1990 it set up the Green Trust, a conservation fund run in partnership with the local chapter of the World Wide Fund for Nature (WWF).

In 2008 the group poured US$1.8-million (R13.6-million) into environmental initiatives under the Green Trust. Projects include, among others, the conservation of turtles in the Greater St Lucia Wetland, support for the Namibia-based Cheetah Conservation Fund, and the Master Farmers programme in the , which works to improve farmers’ agricultural skills..

The carbon neutral move will place Nedbank’s environmental strategies on the same level as other major international institutions such as the Deutsche Bank and the and Shanghai Banking Corporation.

“We have measured and audited our carbon footprint,” said Boardman, “and now we know where we stand and what we have to do to offset it completely”.

Comparing the climate change crisis to the worldwide financial crisis, Boardman noted a few similarities – apart from the fact that both had a global impact.

In both cases, he said, the world underestimated the severity of the problem. Initial measures taken were inwardly focused and targeted at individual organisations or countries, whereas what were needed were global solutions.

“If the world spent a fraction of what it put into the financial crisis on addressing climate issues, it would be an investment well spent,” commented Boardman.

In addition to its ongoing greenhouse gas emission reduction projects, Nedbank is to completely offset its own emissions by buying carbon credits on both the Voluntary Emission Reduction and Certified Emission Reduction markets. This will cost the bank an estimated $1.36- to $2.7-million (R10- to R20-million) per year.

Nedbank is expected to build a diverse portfolio of carbon projects, but will focus its investment on applicable projects in .

“We are not going to just go out and buy,” said Boardman, “but will look at projects that are relevant to our cause and in line with our strategy.”

For many years Nedbank has worked for the benefit of the environment and is represented on several top-level committees and task forces dealing with climate change. Nedbank is the only South African bank on the Dow Jones Sustainability Index, and has featured on the list for five years.

In 2008 ’s Financial Times named Nedbank as the Emerging Markets Sustainable Bank of the Year for the Middle East and region. The bank also sits on the United Nations Environmental Programme Finance Initiative Africa task force and participates in the Climate Change, Biodiversity and Water and Finance streams.

Through its Green Affinity retail products the bank donates a portion of its charges to the Green Trust. Since the fund’s inception, Nedbank has helped raise almost R100-million for around 150 major conservation projects in .

Nedbank was the first South African bank to become a signatory of the Equator Principles, and has since been followed by FirstRand Bank and the Standard Bank group.

The Equator Principles is a set of international environmental and social guidelines that apply to project finance. They help financing institutions to support only those developmental projects that operate according to sound social and environmental principles.

Nedbank is also a signatory to the Carbon Disclosure Project, which works with the corporate sector to encourage transparent reporting in terms of carbon emissions.

The bank has a number of internal greening initiatives, among them a change from paper to electronic statements for retail banking products; recycling of printer cartridges; and recycling bins for biodegradable waste, glass and tin, plastic and polystyrene, and mixed waste.

There is also a campaign which encourages staff to reduce their carbon footprints at work and at home. The annual Green Trust Staff Awards recognise employees who stand out from the rest with their efforts to change their lifestyles accordingly.

Nedbank is to apply for a four-star Green Star rating from the Green Building Council of South Africa (GBCSA) for its new corporate head office building, currently under construction in Sandton, north of . A Green Star rating is given to buildings that comply with GBCSA energy and resource efficiency standards and are environmentally responsible in their design, construction and operation.