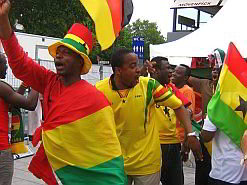 Ordinary Ghanaians will be able to afford
life insurance after the creation of mi-life
life insurance by MTN, Hollard Insurance
and MFS Africa.
(Image: Pitch Invasion) 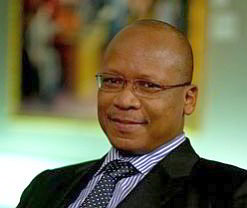 Sifiso Dabengwa will become MTN’s CEO
and President at the end of March 2011
as Phuthuma Nhleko steps down after
nine years at the helm.
(Images: MyBroadband.co.za)

MTN, Africa’s most valuable brand, is making it easier for people in Ghana to buy life insurance by offering deals through mobile phones.

MFS Africa is a mobile financial services provider based in Mauritius and South Africa.

The partnership is designed to substantially reduce the cost of insurance.

The service enables life insurance seekers to send a text message to a number on their mobile phones – this takes them to a menu of products on offer. Alternatively, the person can contact an MTN service centre to register for a policy that can be managed over the phone.

Premiums are paid via MTN’s mobile money service, which was launched in Ghana in 2009, or through agents at the networks’ service centres. The mobile money service enables users, the majority of whom do not have bank accounts, to receive and send money from their phones.

The network has mobile money services in 11 countries around the world and about 4.3-million subscribers.

Jeremy Leach, head of micro-insurance for Hollard, said: “Until now, insurance hasn’t really been made available or targeted at that low-income market. It allows us to reach our market in a fantastic way.

“Typically, insurance has been predicated around bank accounts, and in Ghana only 34% of people have a bank account.”

Other kinds of mobile micro-insurance that will be explored by the network are policies to pay bills and school fees, in the case of a family losing a breadwinner.

Bruno Akpaka, GM for MTN’s mobile money operations in Ghana, said: “It’s not a generic life insurance where we’re using phones as a medium to connect to the cash, we’re talking about very, very low premiums.

“Customers would be able to submit claims, queries and make premium payments using handsets. We are encouraging customers to go through agents because they also have an educating role.”

MTN was recently named Africa’s most valuable brand, said to be worth $4.7-billion (R32-billion). This was revealed by Brandirectory, an online resource that tracks the performance of the world’s top trademarks.

Established in 1994, the mobile network has cemented its presence in South Africa and another 20 countries in Africa, Asia and the Middle East.

Hollard Insurance is South Africa’s largest privately owned insurance group and has been in existence since 1980. Over the years the group has given R50-million ($7.2-million) to the Hollard Foundation, which is an independent trust that provides assistance for HIV/Aids orphans.

The insurance group also has educational programmes and rural and informal sector development programmes. It has renovated clinics in KwaZulu-Natal and has set up a craft markets for small-scale entrepreneurs.