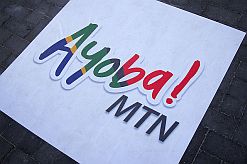 MTN, the telecommunications powerhouse,
has been named the most valuable brand
in Africa. 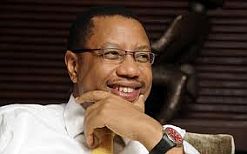 The outgoing CEO of MTN, Phuthuma
Nhleko, has been appointed to the board
of directors of BP, the petroleum company.
(Images: Flickr)

South African telecommunications giant MTN has been named the continent’s most valuable brand by an online resource that tracks the performance of the world’s top trademarks.

The results were released by Brandirectory, which compiles internationally relevant financial results, trademark histories and marketing news about notable brands.

MTN as a brand is valued at R32-billion (US$4.7-billion), which is almost double the value of its closest competitor Vodacom, another big name in the African telecommunications market. Vodacom is valued at R16-billion ($2.37-billion).

According to Brandirectory, MTN’s rivals for the title were Orascom Telecom from Egypt, Standard Bank and First National Bank.

Serame Taukobong, MTN’s chief marketing officer, said: “The hard work and concerted effort by the marketing team has ensured the communities in which MTN operates have a real affinity with the brand.

“In the short history of the company, the MTN brand enjoys iconic status both in South Africa and the other 20 countries in which the group has a presence. The public relates to and interacts with the brand on various levels and this rating from Brandirectory is an ‘Ayoba’ recognition of our investment in the brand.”

Ayoba, a South African slang term used as a greeting or to express general approval or appreciation, was the name given to MTN’s catchy marketing campaign for the summer of 2009/10.

The company scooped a series of accolades for this drive in 2010, including a Gold Loerie Award and an AfricaCom nod for the best marketing campaign. An additional boost for 2010 was Taukobong winning the Sunday Times Marketing Personality of the Year title.

Brandirectory is a subsidiary of Brand Finance, a brand-monitoring company founded in 1996 that evaluates brands in the advertising, airline, real estate, textiles, media, retail, telecommunications and vehicle-manufacturing industries.

It also advises brands on how to maximise their value through effective management of their intangible assets.

Brand Finance’s other subsidiary is BrandGenius, a network of expert consultants who solve brand-related issues and conduct brand audits, which provide insight into the visual and commercial status of a company’s brand.

MTN has over 108-million subscribers in more than 21 countries in Africa, Asia and the Middle East. The company was established in 1994 and is listed on the Johannesburg Stock Exchange.

Brandirectory has also placed MTN 24th in the top 500 telecom brands in the world for 2011.

The month of March sees the end of an era at MTN South Africa as Phuthuma Nhleko, who has been at the helm for nine years, is replaced as CEO and president by Sifiso Dabengwa.

Before Nhleko came on board, the brand was only present in six countries.

Makwe Masilela, market analyst at BP Bernstein, said: “The company’s huge initial capex is starting to pay out. The company has been successful in areas where other companies such as Vodacom and Bharti have failed.

“It is operating in markets where there is still scope for explosive growth. The company has a good record of fruitful capex and it has experience in operating in very difficult markets. So I believe MTN is still a growth story.”