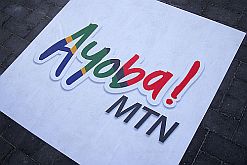 The Ayoba marketing campaign was used
by MTN for the summer of 2009/2010 in
South Africa. (Image: Flickr) 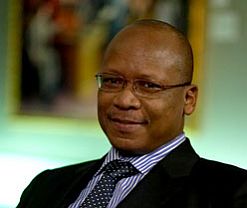 The newly appointed CEO and president of
MTN, Sifiso Dabengwa, will commence his
duties in April 2011.
(Image: MyBroadband.co.za)

On 20 December African telecommunications giant MTN announced the appointment of its new CEO and president, Sifiso Dabengwa, who will commence his duties from April 2011. Dabengwa replaces outgoing CEO Phuthuma Nhleko, who leaves in March 2011 after nine years at the helm.

Dabengwa is the current group chief operating officer, a position which will soon be replaced with that of chief executive of its international operations.

“Given the strong growth and development of MTN International (MTNI), it has been decided to abolish the position of COO and instead to appoint a CEO for the company to focus more intensely on opportunities,” said MTN in a statement.

Sifiso Dabengwa is an engineering graduate of the University of Zimbabwe and was chief operating officer of MTN Group and chief executive officer of MTN Nigeria – simultaneously – before his new appointment. He holds an MBA from the University of the Witwatersrand and was also head of power utility Eskom’s distribution division, where he controlled a multibillion-rand budget before joining MTN in 1999.

He started his career at MTN as MD of the group’s South African operations. In 2004 he assumed his two concurrent positions, with the goal of overseeing growth and consolidation into Nigeria’s mobile market.

He has worked closely with Nhleko since returning to South Africa in 2006 and according to analysts his appointment was widely expected, as this would provide continuity for the company.

Telecoms analyst Spiwe Chireka said: “Whoever would take over from Phuthuma Nhleko would definitely need to have the African experience as their first strong point.”

“He’s been with Phuthuma for a while and so far MTN’s vision and strategy have worked well and you want someone who can continue with that,” added Chireka.

However, analysts have also expressed caution. Fund manager Pallavi Ambekar warned that Dabengwa will be faced with the same challenges as Nhleko – these include regulatory problems and increased competition in major markets.

Ambekar said: “The focus on capex and cost efficiency and continued focus on growing key markets are expected to be some of the priorities.”

Phuthuma Nhleko is also chairman and a founding member of Worldwide African Investment Holdings, an investment company with interests in the petroleum, telecommunications and IT industries.

Nhleko wanted to leave MTN on a high note – in 2010 the company attempted to buy Egyptian operator Orascom and to clinch a deal with India’s Bharti Airtel but both deals fell through.

Although Nhleko did not seal those two deals, his tenure at MTN was a success and he will now take up the position of group non-executive chairman.

MTN is a telecoms company operating in 21 countries in Africa, Asia and the Middle East.

It is the second largest mobile network in South Africa and is listed on the Johannesburg Stock Exchange (JSE). The group has 134.4-million subscribers across its territories.